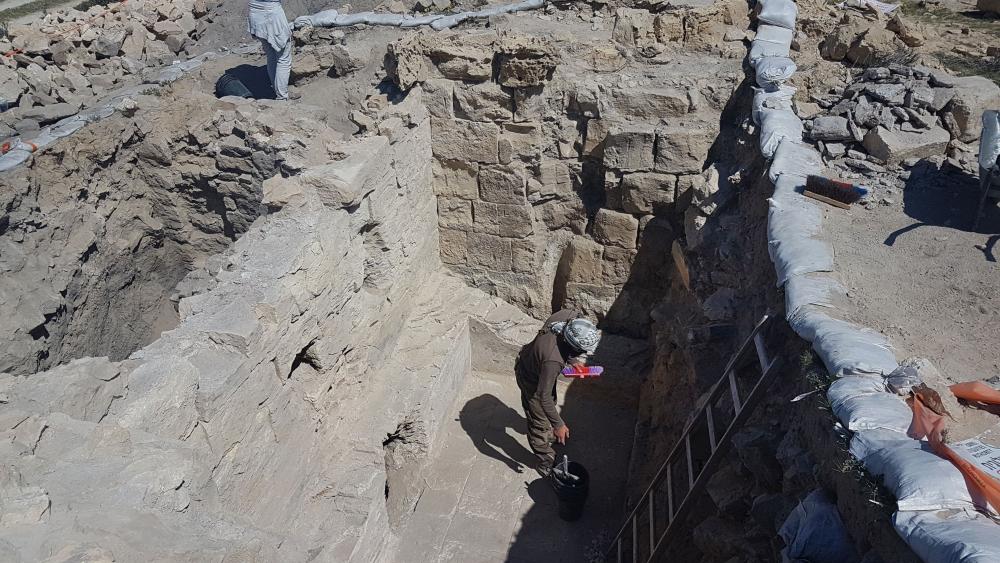 JERUSALEM, Israel – German and Israeli scientists discovered a 1700-year-old stone bearing the name of a city believed to be the possible location of an ancient biblical town.

The Greek inscription refers to the city of Elusa (Halutza in Hebrew) and was discovered during excavations in Halutza National Park in the Negev desert.

"The name of the city of Elusa appears in a number of historical documents and contexts, including the Madaba mosaic map, the Nessana papyri and other historical references. However, this is the first time that the name of the city has been discovered in the site itself. The inscription mentions several Caesars of the tetrarchy which allow to date it around 300 CE," the Israel Antiquities Authority said Wednesday in a press release.

The United Nations Education, Scientific, and Cultural Organization (UNESCO) declared Elusa a World Heritage site. The city is one of two main potential locations for the biblical city of Ziklag.

Ziklag is mentioned in Genesis, Joshua, and Samuel. King David is believed to have been given the town by a Philistine king named Achish.

According to the Israel Antiquities Authority, Elusa was founded towards the end of the 4th century BCE and was an important station along the ancient Incense Road between Petra and Gaza. The city continued to develop over the years and reached its peak in the Byzantine period in the fourth to mid-sixth centuries CE.

Dr. Tali Erickson-Gini, an archaeologist who worked on the project said wine was largely responsible for the flourishing of the entire region.

"The export of high-quality wine from the Negev Highlands in the Byzantine period was responsible for economic prosperity that affected the entire region," he said.

Elusa was once a significant location for Christians as well.

"Elusa was also an important station on the route used by Christian pilgrims on their way to and from Santa Katarina in southern Sinai and as such was visited by many foreign travelers. The site appears to have gone out of existence by the end of the seventh century CE, but its name was preserved locally in the Arabic name of its ruins: 'el-Khalassa.'"

The team also discovered a Byzantine church and a bathhouse near the area where the inscription was found.

The church is 40 m (about 130 feet) long and has three aisles. Its vault was originally decorated with a glass mosaic.

The bathhouse is a large complex and is well preserved. It originates in the Middle Roman period but was in use until the 6th century.

These discoveries were the result of a three-year project by the Germany-Israeli Foundation for Scientific Research and Development,

Headed by Prof. Michael Heinzelmann on behalf of the University of Cologne, a team of German students used technology to draw up a complete map and outline of the city.

Dr. Erickson-Gini applauded the German students for their work.

"They understood the potential of the site and brought a magnificent project to it," he told the Times of Israel. "The site itself offered the proper conditions — barren waste — but the German team brought the "equipment and know-how."

She said the project is "a real blessing for the research of our country."