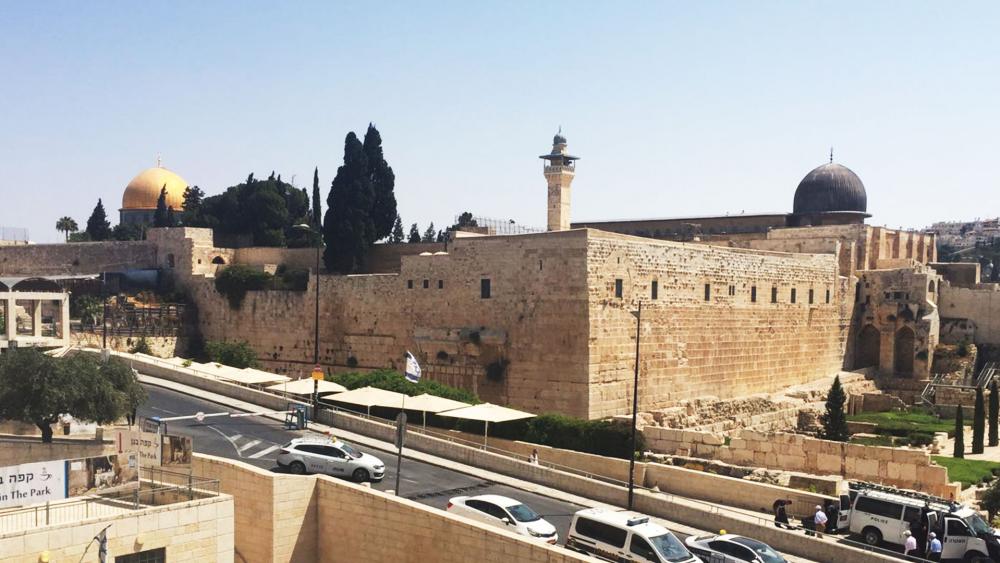 JERUSALEM, Israel – Jerusalem Authorities re-opened the Temple Mount Wednesday following a violent clash on the holy site the day before.

Israeli forces temporarily closed the compound after police say a firebomb was hurled at a security post Tuesday. The post went up in flames and an officer was injured by smoke inhalation.

Dozens of police flooded the Temple Mount after the attack and clashed with Muslim worshippers. Several people were arrested and taken in for interrogation.

Israel's i24 News reports that Jerusalem authorities found Molotov cocktails, firecrackers, and flammable material at the holy site after conducting a security search.

However, The Islamic Waqf, the body that controls the Temple Mount, claims the firebomb attack "was fabricated and deliberately escalated and planned by the police."

The Palestinian Authority warned there will be violence if Israel "tampers" with the holy site.

"Al-Aqsa Mosque is a redline," said spokesman Osama Qawassmeh. "Tampering with holy sites, especially al-Aqsa Mosque, is a direct call for violence. Fatah won't allow Israel to carry out its schemes, regardless of the price."

"Abu Mazen [PA President Mahmoud Abbas]  continued to lie and incite violence together with the terror organizations of Murabitoun and Hamas, in an attempt to ignite a fire and cause a religious war on the Temple Mount," Gilad Erdan said, according to The Jerusalem Post.

"We will not allow this to happen," Erdan said. "We will continue to act to restore calm on the [Temple Mount]. Police will respond with strength and determination to any act of violence or attempt to harm Israeli sovereignty on the Temple Mount."

Tuesday's clash is just a symptom of mounting tensions on the Temple Mount.

In recent weeks, Muslim worshippers have protested the closure of an area on the compound near the Gate of Mercy. The area was closed in 2003 after allegations that the group overseeing the site was linked to terror activity.

Last month, the Islamic Waqf, the body controlling the Temple Mount, reopened the site to Muslim worshipers, despite Israel's desire to keep it closed.

Worshippers on the mount have staged protests and clashed with police over the site.

Haaretz reports that Israeli officials are working with Jordan to calm tensions.