The jar, which is decorated with a human face, was discovered in the Givati parking lot excavation in Jerusalem’s City of David National Park.

The artifact was found in a large pit containing numerous other pottery fragments from the Persian period.

According to Prof. Yuval Gadot of Tel Aviv University and Dr. Yiftah Shalev of the Israel Antiquities Authority, "Pottery from this period was exposed in the past in the City of David, but this is the first time that such a vessel has been found in archaeological excavations in Jerusalem or anywhere in the Judean highlands."

These types of pottery jars are called "Bes-Vessels" and are rooted in Paganism.

In Egyptian mythology, Bes is the protector of household, especially mothers and their children. Later, he became regarded as the defender of everything good and his imagery was adorned on everyday objects like pots and mirrors.

Bes-vessels eventually made their way to the Persian Empire and have been found in numerous settlements. The vessels were brought to Persia from Egyptian craftsmen who traded their goods in the region. 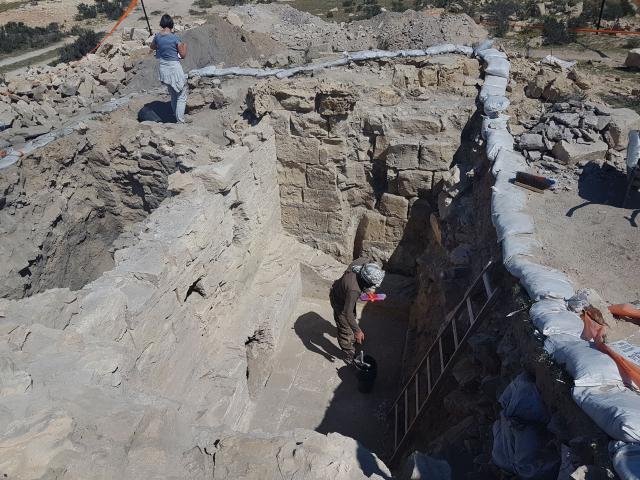