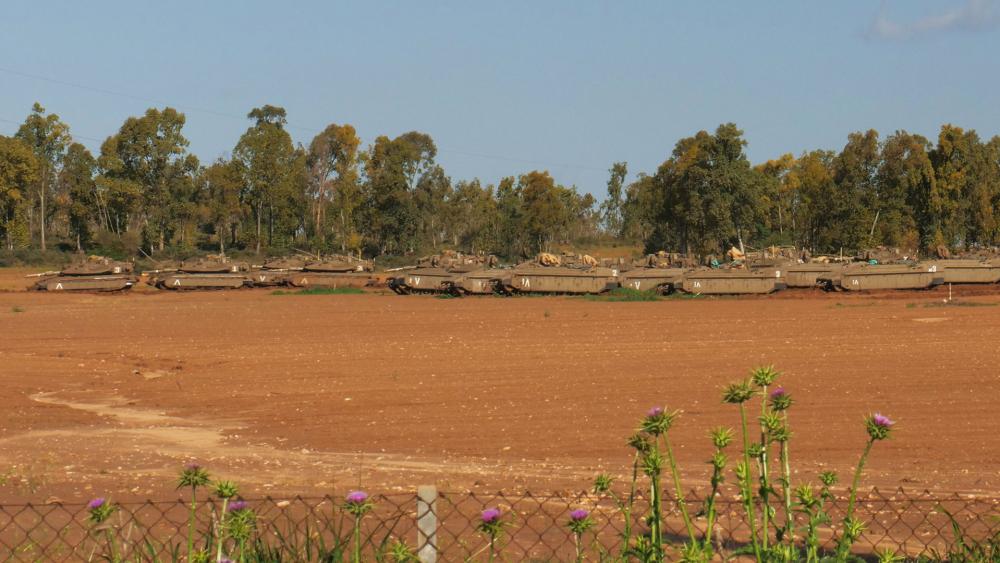 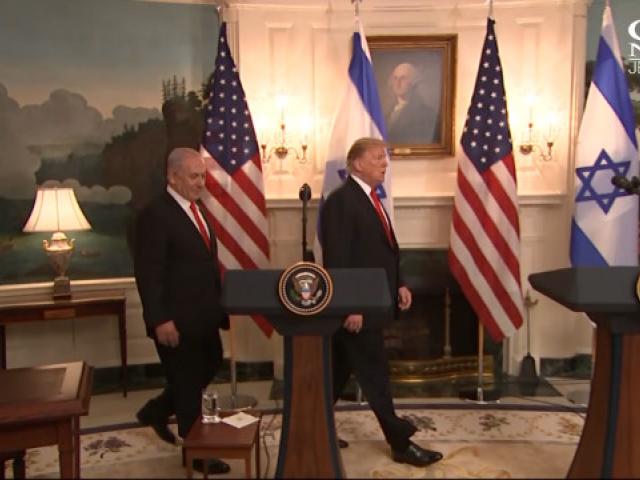 JERUSALEM —Israel remained quiet Tuesday after a night of both Hamas rocket attacks on southern communities and then Israeli counter-strikes by air on the Gaza Strip.  But as Israeli Prime Minister Netanyahu returned from Washington many wondered if it could be the quiet before the storm.

Netanyahu arrived in Israel early Tuesday after what he called a historic meeting with President Trump, who recognized Israeli sovereignty on the Golan Heights.

“Our prayers are with our friends in Israel as they carry out an incredible way of life in the face of great terror.  The United States recognizes Israel’s absolute right to defend itself,” Trump said at a joint press conference with Netanyahu just before he signed the official US document recognizing the Golan Heights.

But the celebration of the Golan Heights recognition was overshadowed by trouble on the Gaza border.

Netanyahu canceled his appearance at the AIPAC Conference in Washington after Hamas launched a rocket at Israel that slammed into a home north of Tel Aviv early Monday morning.

Israel moved two brigades to the southern border including an armored brigade – signs that Israel is ready for a ground incursion.

Hamas launched more than 30 rockets into Israel over two days. Many were shot down by Israel’s Iron Dome anti-rocket system.

Israel struck dozens of targets inside Gaza including the home of Ismail Haniyeh, head of Hamas’ political bureau.

Many residents in Sderot and southern Israeli communities slept in bomb shelters last night.  All schools were closed around the Gaza Strip and non-essential employees can only go to work if there is bomb shelter close by.

CBN News was in Sderot, known as the bomb shelter capital of the world, to speak with residents of the area on Tuesday.

“Nothing (is) more nerve-wracking than at 3:00 in the morning you hear an alarm, the tseva adom, the red alert. You have basically five or ten seconds to take your babies in the middle of the night out of the room and into the one room in the house that’s a safe room,” said Eliyahu McLean.  McLean runs tours to the Gaza Border, called ‘Gaza Border Reality Tour.’

What does Dalit Sa’arel, who has a little daughter do when the alarm sounds?  “I’m praying, I’m praying that God saves us.”

“No government will go to war before (the) election,” Zisser said. “So they (Hamas) think they have a window for opportunity till the election, to, on the one hand, escalate it a little bit and to gain something in return.”

Regardless, many residents in border communities depend on God and prayer from around the world.

“We appreciate the prayers of our Christian brothers and sisters,” McLean said. “The Iron Dome is not just a physical defense shield.  We need your spiritual defense shield also. We really believe that miracles are happening every single day.”