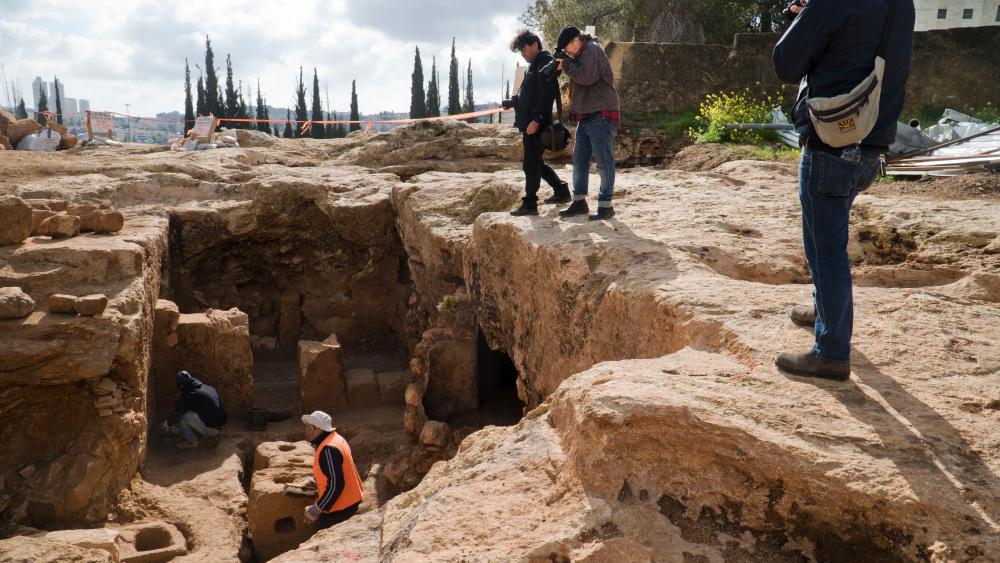 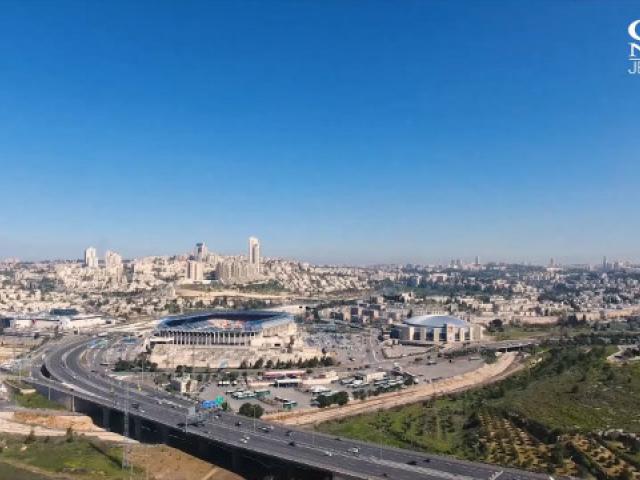 Israeli archaeologists uncovered a Jewish village from the around the time of Jesus in this Jerusalem Arab neighborhood as part of what’s called a salvage excavation – an excavation conducted while preparing the site for a new elementary school.

“The most spectacular find here is a grand burial estate,” said archaeologist Ya’akov Billig, who is leading the excavations at the site for the Israel Antiquities Authority.

Today, the area is inside Jerusalem.  Two thousand years ago it would have been like a suburb of Jerusalem.

“The burial estate starts from a stepped, long corridor going under a bridge like an overpass into a courtyard with a bench on one side and a bench on another side,” Billig explained to CBN News. “Then, from there upwards there was a covered barrel entrance to the burial cave and from there on inwards is the underground burial cave.”

Billig said the burial estate tells a lot about its owners.

“The whole plan here belongs to some very important and/or rich person with his family, possibly even for several generations,” he said.

They’ve also identified a Jewish ritual bath and much more.

“One of the agricultural products that was grown here and produced, there were probably grape vineyards. We have evidence of the winepress with a very large treading floor where they placed the grapes, said Billig.

“We also have an olive press. Between the wine and the olive oil they probably had quite a high living standard here,” he said.

The best of the harvest was likely delivered to the Temple– just an hour’s walk away.

In addition to the large olive press, there’s a smaller one where the real virgin olive oil was made.

“It’s the first squeeze, which was probably the real top quality.  I assume when the Temple existed not far away that went as a dedication to the Temple – thank you God for giving me the abundance of what I have now,” Billig said.

The excavated area was only part of the settlement and was likely the industrial zone.  There was also a dovecote there for raising doves and pigeons.

Billig said discoveries like this tell us much more about the people from that time.

“They had probably a lot of interaction with the population of the city – maybe even with the pilgrims who made pilgrimage to the city,” Billig said.

“We can’t forget that Jerusalem had to be supplied by produce, of agriculture products and here we have evidence of growing grapes, producing wine, growing olives, producing olive oil, growing pigeons, supplying the population with poultry, with eggs, also sacrifices for the Temple,” he added.

As for what’s ahead, a school is planned on the actual excavation site. Pottery fragments and other discoveries like a rare heart-shaped capital will be preserved offsite. Billig said he hopes things that can’t be moved like the burial cave and olive press will be preserved and protected as they are.