US Deploys Missile Defense System to Israel for the First Time 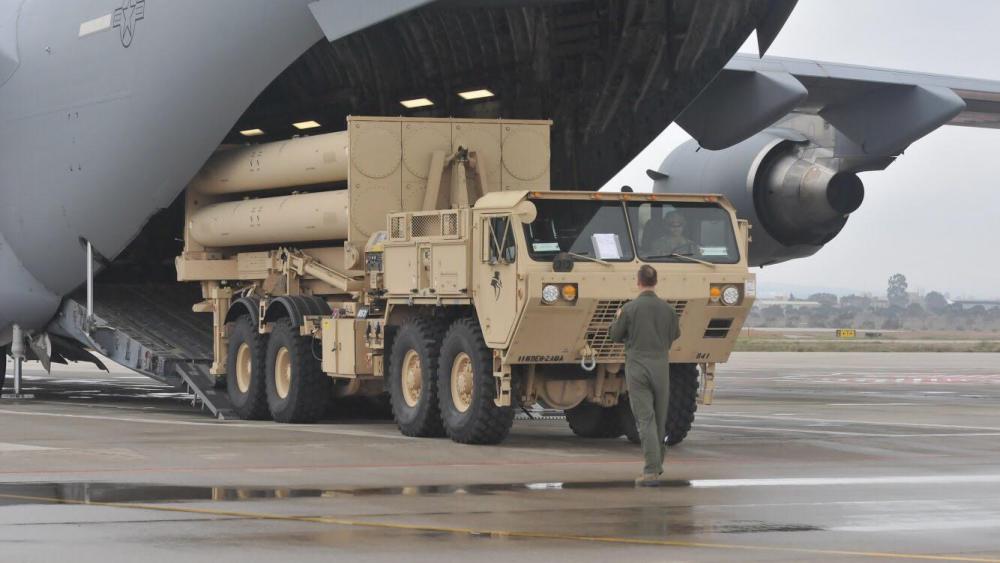 JERUSALEM, Israel - The United States military announced Monday that it has deployed its most advanced air and missile defense system to Israel for the first time in its history.

A spokeswoman for the US European Command said the Terminal High Altitude Area Defense (THAAD) will be used in an exercise with the Israel Defense Forces intended to test the US military's ability to rapidly deploy such weapons worldwide.

"THAAD is the most advanced integrated air and missile defense system in the world, and this deployment readiness exercise demonstrates that U.S. forces are agile and can respond quickly and unpredictably to any threat, anywhere, at any time," U.S. European Command said in a statement.

The Israel Defense Forces said the deployment will allow them to "enhance coordination" with the US and "strengthen the ability to defend Israeli airspace."

During the deployment, U.S. forces at various locations in Europe, the United States and Israel will operate the complex system in close cooperation with the Israel Defense Forces.

The @US_EUCOM is currently conducting a missile defense system (THAAD) exercise deployment in Israel, which is part of US efforts to implement its operational concept & mission to assist in Israel's aerial defense. pic.twitter.com/e9z3vOLiJv

Israeli Prime Minister Benjamin Netanyahu commended the deployment and sees it as emblematic of Israel's strong relationship with the United States.

"The American THAAD system is considered among the most advanced systems in the world, and together with our defense systems, we are stronger in dealing with threats, close or distant, emanating from all areas of the Middle East," he said.

The US and Israel have coordinated on military drills in the past. However, IDF spokesman Lieutenant Colonel Jonathan Conricus told CBN News this deployment is different because it involves coordination on the ground.

"For the first time, the US European Command and US Army Europe are deploying actual systems, and on the ground, there are about 200 service men and women whose job is to actually operate the system, unlike the other exercises that are biannual exercises that are scheduled on a regular basis," he said. "It is part of a continuum of ongoing very strong, very intimate relations between the IDF and its American counterparts."

The deployment comes at a time of increased tension between Israel and Iran.

However, Conricus said the drill is not related to any specific or current threat.