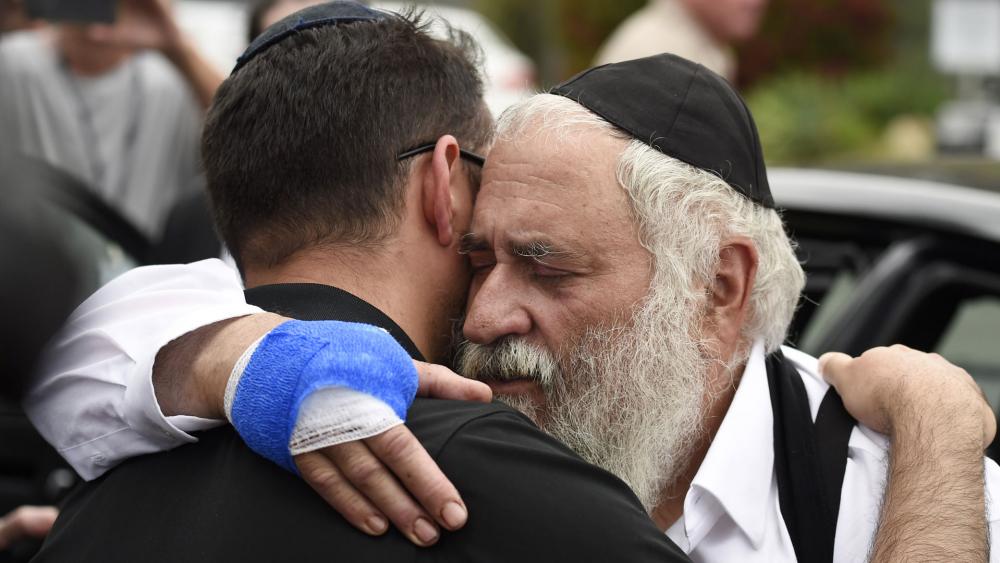 JERUSALEM, Israel – Israel is calling on the world to take renewed action against anti-Semitism.

This comes after a spike in hateful acts including last week’s deadly attack on a US synagogue, the second in six months.

"Barely six months ago we saw the worst attack on Jews in American history,” Israel’s UN ambassador Danny Danon said while addressing the UN. “We spoke about it right here. From the Tree of Life Synagogue in Pittsburgh to the Chabad synagogue in Poway California, anti-Semitism is no longer a fringe bigotry in the US.”

Danon spoke just days after a 19-year-old gunman fired on worshippers in the Chabad synagogue in California, killing one woman and injuring three others.

It was eerily similar to the October tragedy in Pittsburgh where another lone gunman attacked a synagogue killing eleven.

Both had posted anti-Semitic remarks online prior to their actions.

“Then as now, all the right people are saying all the right things. They express their sympathies and call for an end to this violence and bigotry. But it seems we have learned nothing from the Pittsburgh attack. And it will likely to continue to do nothing following the attack in San Diego,” he said.

Danon wants action, saying the time for just talk is over.

“Those who engage in anti-Semitism must be punished. Whether it's here at the UN, political leaders, editors, policy pundits or college professors it doesn't matter…. until it becomes criminal this bigotry will persist,” he said.

Meanwhile, the Anti-Defamation League released statistics showing that anti-Semitic acts in the US alone more than doubled in 2018.

David Schizer, head of the Joint Distribution Committee tells CBN News the Jewish community has to be brave and do the best it can.

“I think we always have to be vigilant, needless to say, to be American and Jewish is an incredibly comfortable thing. This is the greatest place in the world to be if you’re Jewish but it doesn’t mean everyone in the country necessarily feels that way,” he explained.

Robert Dunn, who is a Philadelphia native, says he’s not afraid to be identified as a Jew but says they have to be careful.

“We have to protect ourselves and our family.  When we go to synagogue particularly during high holidays we now have security and I’m always looking around to make sure that I recognize most if not all the people in the synagogue,” Dunn told CBN News.

Researchers at Tel Aviv University confirmed the spike on a global level.

"We have seen among Jews worldwide, but especially in Western Europe and in Northern America, a rising concern, a rising feeling of insecurity -- a feeling of doubting their belonging to their place, of being part of society around them and of the political parties they used to be part of.,” said Professor Dian Porat.

Porat says this puts tremendous stress on the Jewish people.

She cautions against reports that indicate attacks might be decreasing.

“There is more protection of sites, of community centers, synagogues etc. and less Jews, and this is I would say is a tragic phenomena."

For now, vigilance is the answer but in the long run authorities must find a way to uproot anti-Semitism and stop it in its tracks.