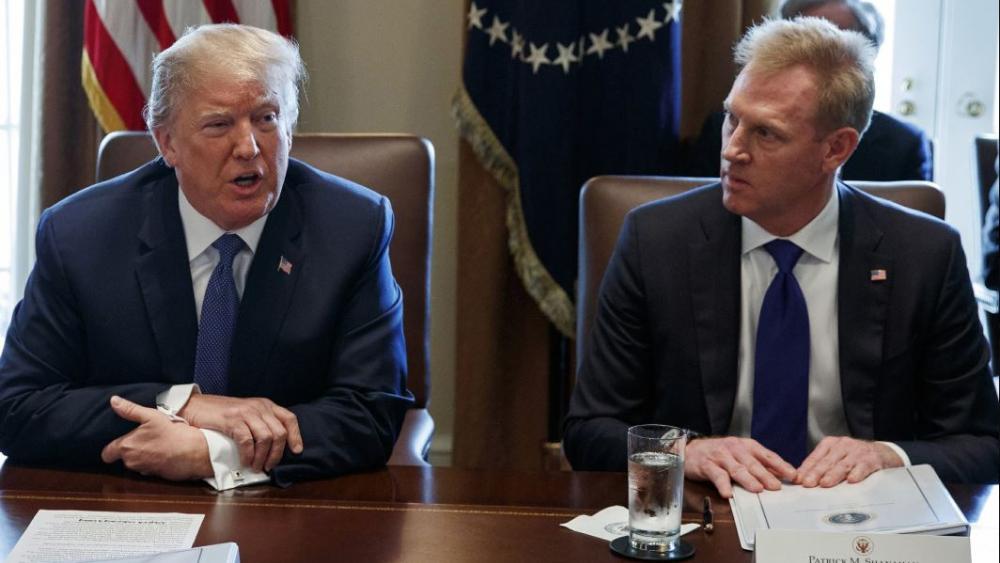 In this April 9, 2018, AP file photo, Deputy Secretary of Defense Patrick Shanahan, right, listen as President Donald Trump speaks during a cabinet meeting at the White House, in Washington.

Acting Defense Secretary Pat Shanahan on Tuesday said the threat of attacks from Iran is "on hold" after the United States increased its military presence in the Persian Gulf.

"We have put on hold the potential for attacks on Americans" by Iran or its proxies, he told reporters at the Pentagon.

"I just hope Iran is listening," Shanahan continued. "We're in the region to address many things but it is not to go to a war with Iran."

While Shanahan says the threat is on hold, it is not completely eliminated.

"There haven't been any attacks on Americans. I would consider that a hold," he said. "That doesn't mean that the threats that we've previously identified have gone away. Our prudent response, I think, has given the Iranians time to recalculate. I think our response was a measure of our will and our resolve that we will protect our people and our interests in the region."

Shanahan's comments come after the US deployed the USS Abraham Lincoln Carrier Strike Group, B-52 bombers, and Patriot air-defense missiles to the Middle East over the last few weeks. Shanahan said the deployment was in response to "indications of a credible threat by Iranian regime forces" against US interests in the region.

Democrats and Republicans are divided over the Trump administration's explanation of its heightened military response towards Iran.

Shanahan said the administration walked lawmakers through their actions after discovering credible evidence Iran was planning attacks against US interests.

"We have deterred attacks based on our reposturing of assets, deterred attacks on American forces. our biggest focus at this point is to prevent Iranian miscalculation. We do not want the situation to escalate, this is about deterrence, not about war," he said.

GOP Sen. Lindsey Graham said, "I think this has been a very measured response. We've been attacked for years by Iran, for 40 years they've been killing people, including Americans. Now, we're at a point in time where we're pushing back against the regime and we're resetting the rules of engagement."

Axios reported earlier this month that Israel warned the US of a possible Iranian attack during talks held between White House officials and an Israeli delegation.

Details surrounding the plot were scarce but it reportedly posed a serious threat to a US target in the Gulf or US allies like Saudi Arabia or the United Arab Emirates.

The Navy announced on Sunday that the strike group conducted joint exercises in the Arabian Sea with the Kearsarge Amphibious Ready Group.

The exercises were "aimed towards increasing our lethality and agility to respond to threats, and deterring destabilizing actions in this important region," Rear Adm. John Wade, commander of the carrier strike group, said in a statement. 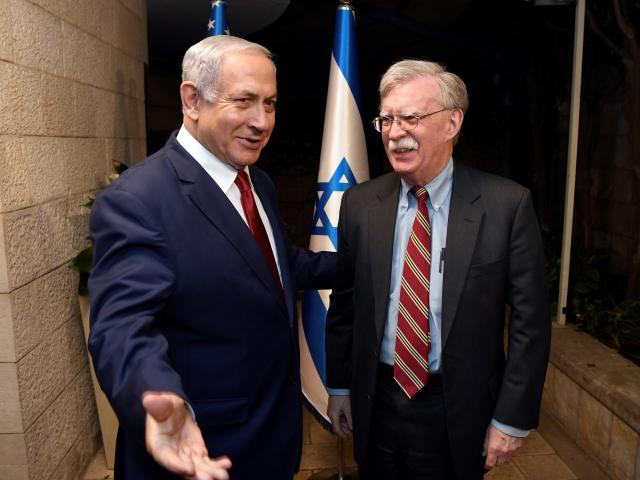