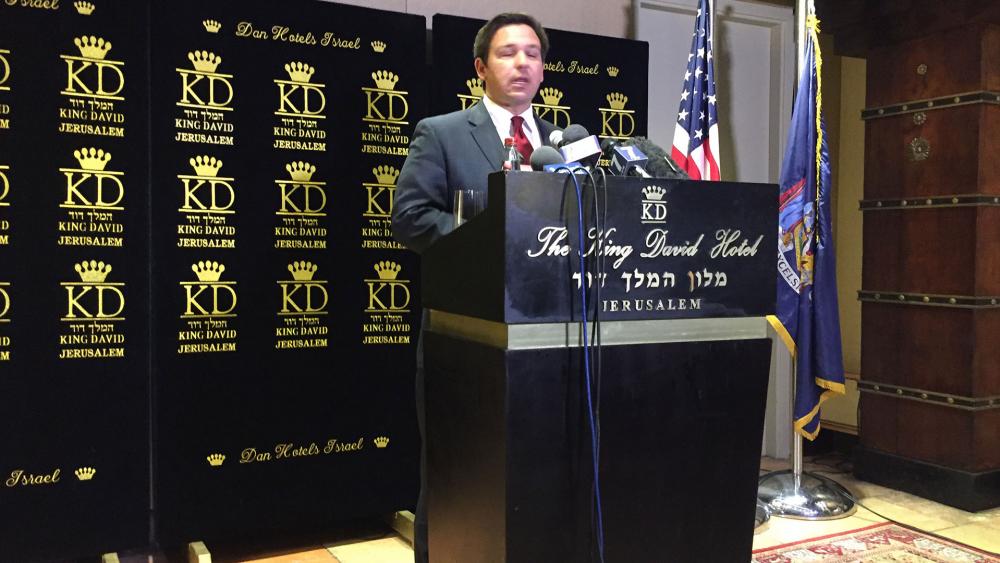 He made the comments Wednesday while visiting Israel with a delegation of Florida business and policy leaders on a mission to strengthen the ties between Florida and the Jewish state.

The delegation toured Gush Etzion's Industrial Zone with Gilad Erdan, Minister of Strategic Affairs and Minister of Public Security. The group met with Israeli and Palestinian businessmen from Judea and Samaria to learn how to fight BDS and encourage economic prosperity for Jews and Arabs. It was the first time a US governor has lead an official trade mission to Israel's Judea and Samaria region.

During the tour, Erdan criticized BDS for how it hurts both Arabs and Jews who work together in areas like Gush Etzion.

"BDS not only encourages anti-Semitism- we must understand, it undermines peace. A viable peace will only come from encouraging co-existence and cooperation between peoples. The industrial zones in Judea and Samaria provide a model for what co-existence can look like. As part of US peace efforts, I believe we should work to set up investment funds that will invest in joint industrial zones," said Erdan.

DeSantis, who lauds himself as "the most pro-Israel Governor in the nation," said BDS is "dead on arrival" in Florida.

It was a pleasure joining you, Minister @giladerdan1. I've made it clear since taking office that I will be the most pro-Israel Governor in the nation and that BDS is DOA in Florida.

The people in Israel should know that we really value our friendship. https://t.co/kYhpveOwmm

DeSantis also linked BDS with the rise in anti-Semitism worldwide.

"What really frustrates me about BDS is that they are so selective. You have people that are willing to trade with Iran, the leading state sponsor of terrorism in the world, some of the worst regimes in the world, and yet they only want to boycott the on Jewish and democratic state in the world. To me, that just shows you anti-Semitism is driving the BDS movement and you cannot separate the two. In Florida we very much stand against BDS and are happy to be here today. It's been impressive to see what has been accomplished and this trip overall has been very successful," said DeSantis.

The delegation's mission ends on May 31.  The group has traveled throughout Tel Aviv and Jerusalem to collaborate with Israeli leaders on how to develop Florida's environmental technology and increase research opportunities. 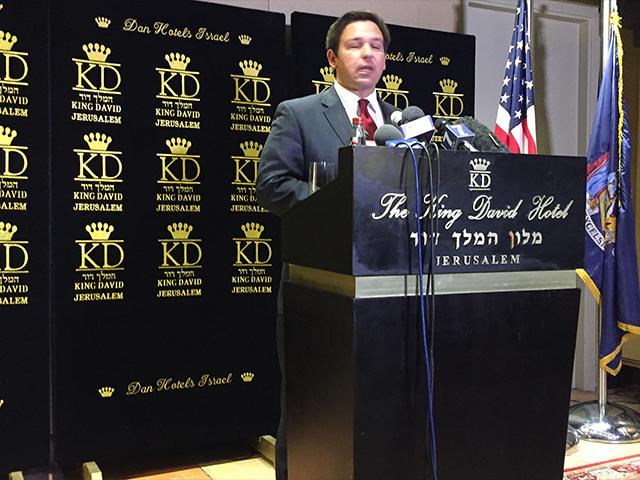 'The Most Pro-Israel Governor in America': FL Brings Historic Trade Mission to Israel