Thousands of Palestinians Riot on Gaza Border to Mark the ‘Nakba’ 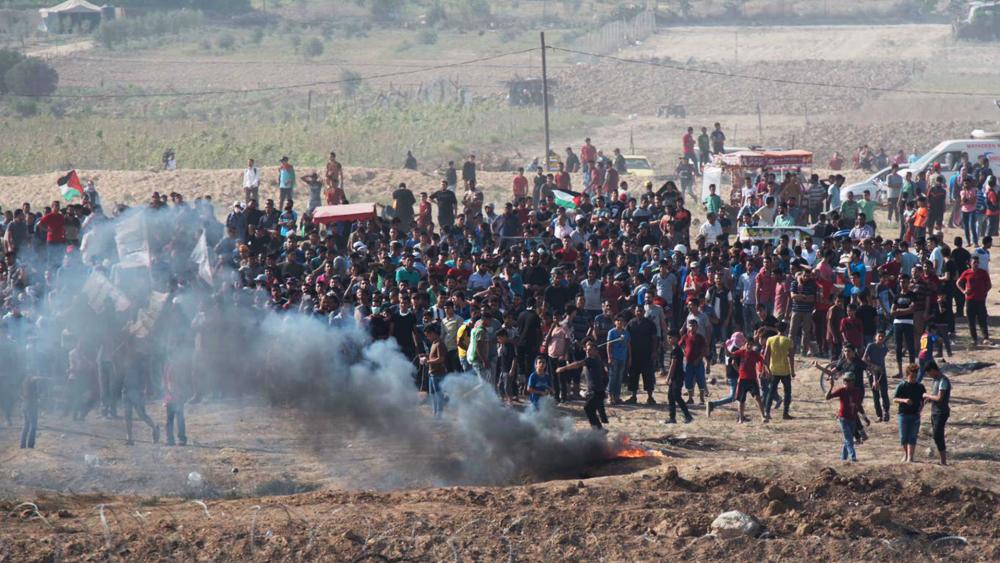 Riots at Israel's border with the Gaza Strip, Photo, IDF

JERUSALEM, Israel - Thousands of  Palestinians are commemorating “Nakba Day” – or “Catastrophe Day" Wednesday by rioting on the Gaza border and holding demonstrations in the West Bank.

Nakba Day is the day on the Gregorian calendar that marks Israel’s independence as a modern Jewish state in 1948. It is a time when Palestinians commemorate the thousands of Palestinians who were displaced and became refugees during Israel’s war for independence.

Thousands of Palestinians streamed to the Gaza border and clashed with the Israel Defense Forces (IDF) Wednesday afternoon. Israeli media reports that some Gazans attempted to infiltrate Israel by breaching the security fence. Rioters have also thrown more than 100 explosive devices at the IDF soldiers. Meanwhie, incendiary balloons launched from Gaza have sparked several fires, including one in the Israeli community called Kibbutz Alumin.

The IDF is responding forcefully and Gaza's health ministry reports that more than 30 Palestinians have been wounded. Unofficial reports say at least one person is dead.

Last year, demonstrations in Gaza turned violent and 62 Palestinians, 53 of whom were later identified as members of terrorist organizations, were killed while clashing with the Israel Defense Forces (IDF).

This year, Palestinian leaders in Gaza called for a general strike and border protests on Wednesday.

Israeli troops were reportedly given stricter rules of engagement in hopes of preventing more bloodshed, according to The Times of Israel.

The Jerusalem Post reports that thousands of Gazans began demonstrating on Tuesday by rallying in front of the United Nations Relief and Works Agency for Palestinian refugees offices in the Gaza Strip.

Ahmed Abu Holi, a PLO member and head of the “National Committee for Commemorating the Nakba,” said in a speech during the rally that the Palestinians will not accept US President Donald Trump’s impending “Deal of the Century” peace plan for Israelis and Palestinians.

“The issues of Jerusalem and the refugees are not for sale or bargaining,” he said. “The Palestinian people will not sell their rights and principles in return for dollars, and will not compromise on the payments to the families of martyrs and prisoners. We will not surrender to blackmail.”

Palestinian leaders refuse to have formal talks with the Trump administration after Trump recognized Jerusalem as Israel’s capital and moved the US embassy to Jerusalem last year.

Nakba Day also coincides with Eurovision, an international singing contest that Israel is hosting in Tel Aviv this year. The televised show earns millions of viewers and thousands of tourists have come to Israel.

The contest is a terror target but security remains high and Israel warns that it will respond to any attempts at terrorism.

The demonstrations also comes just a couple of weeks after Israel was on the verge of another all-out war with Gaza. Palestinian terrorists in Gaza fired about 700 rockets at Israeli citizens, killing four people.