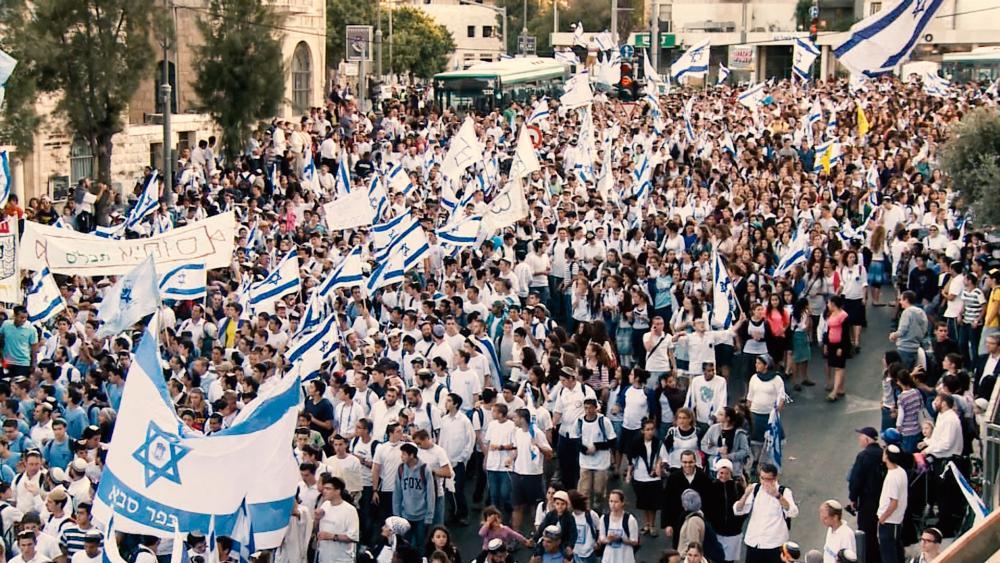 Israel is celebrating its 71st anniversary as a modern state Thursday.

Each year, millions stop to watch the combat jets, transport aircraft, and helicopters fly over the entirety of the country doing acrobatics and stunts.

The Air Force made a special tribute to Israel's communities living on the Gaza border who are still recovering from a deadly conflict with terrorists in Gaza that left four Israelis dead last weekend.

Independence Day began as Israel transitioned from a somber Memorial Day Wednesday dedicated to the memory of fallen soldiers and terror victims.

Israel was re-established on May 14th, 1948, but the country marks the holiday according to the Jewish calendar.

Families all over the country flock to beaches and parks to enjoy barbeques.

President Reuven Rivlin also took time to host a ceremony honoring the men and women in the Israel Defense Forces.

"You, who are not afraid of challenges, who are ready for the unexpected, who pull harder and stronger than anyone, you are Israel's hope and spirit that beats within us, that leads us," Rivlin told the 120 soldiers.