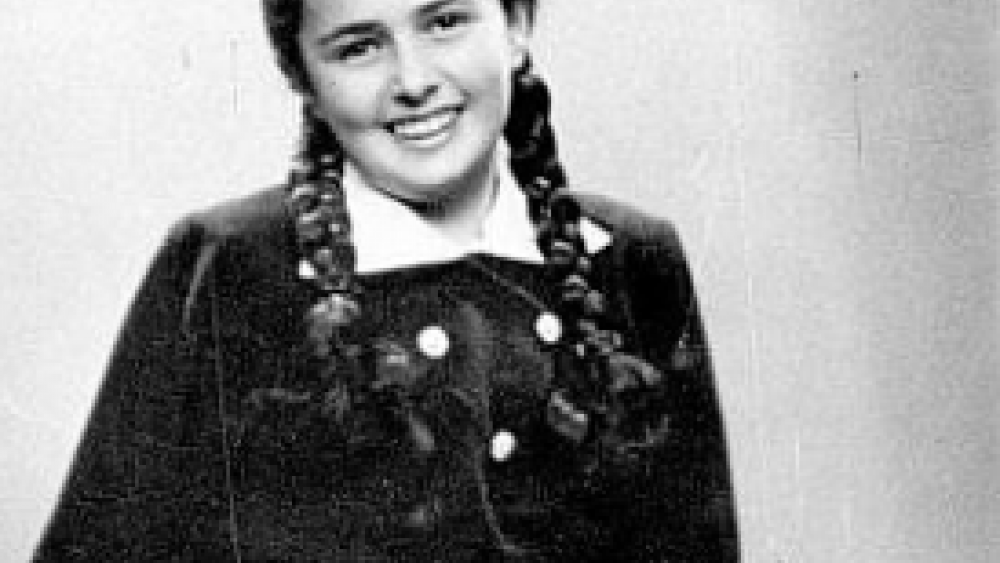 Eva Heyman, 13, photographed in Hungary before she was killed in a Nazi concentration camp/ Courtesy: Yad Vashem

Two-thirds of American millennials surveyed in a poll last year had no idea what Auschwitz was.

A team of activists is hoping to change that this year by bringing glimpses of the Holocaust to the younger generation through a social media project called Eva. Stories.

Eva.Stories explores what it would be like for a Jewish teen to have an Instagram account in the 1940s when the Nazis committed one of the worst genocides against the Jewish people the world has ever seen.

"If we want to bring the memory of the Holocaust to the young generation, we have to bring it to where they are," the project's co-producer, Mati Kochavitold told the New York Times. "And they're on Instagram."

Kochavitold, who comes from a family of Holocaust survivors, teamed up with his daughter to create a series of 70 Instagram stories that detail the ultimate demise of a young Jewish girl named Eva Heyman living in Hungary in 1944.

The stories were released on Wednesday, just hours before Israelis stop to mourn the victims of the Holocaust during Yom HaShoah (Holocaust Memorial Day). The will end on Thursday after Israel observes a two-minute nationwide moment of silence in commemoration of the Holocaust.

The story begins with Eva introducing her viewers to the people who mean the most to her - her family and friends. The mood darkens When Eva reveals what the Nazis are doing in Hungary and how they are treating the Jews there. Her life continues to deteriorate until she is sent to Auschwitz, where she is murdered.

What if there was Instagram in World War II? The @eva.stories presents how life of 13 yo girl would look during Holocaust if she could have recorded her story via instagram Photos from film set | Film setinden fotolarım 2.Dünya Savaşı sırasında instagram olsaydı 13 yaşındaki bir kız yaşadıklarını instagram'da nasıl yansıtırdı. İlk instagram filmi olan @eva.stories 1 mayıstan itibaren bunu bize gösterecek. kivancturkalp.com

So far, 375,000 people are following the account and will be viewing the story.

The project is based on the life of a real Hungarian girl named Eva Heyman. She was one of 430,000 Hungarian Jews who were sent to the Nazi concentration camps. The Kochavis poured over her diaries to adapt the events leading up to her death to Instagram.

"This is the way to make the Holocaust accessible to the young crowd," said Kochavi. "Only 2.7 percent of the total discussion about the Holocaust around the world today, is initiated by the younger generation, which is a significant decline in comparison to previous years."

"In an age when Holocaust survivors are scarce, people's attention span is dropping and thrills are quick to achieve — there is a need to find new models of memory and testimony," he added.