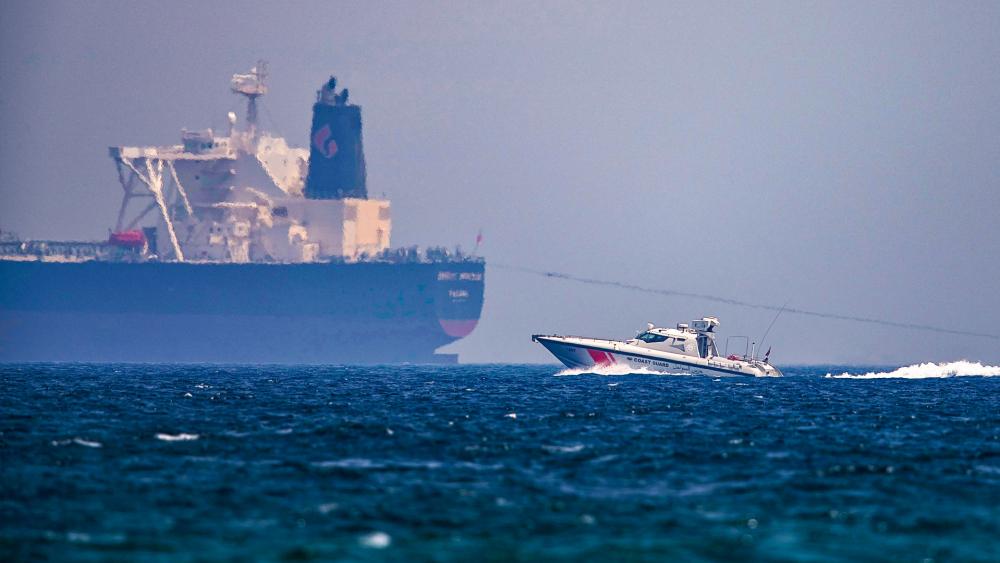 Two Saudi oil tankers and a Norwegian-flagged vessel have become the victims of a "sabotage" attack in the Middle East. The incident comes during a time of increasing tensions between the US and Iran.

Sunday's attack, in which the two Saudi tankers and the Norwegian vessel were damaged, happened in the Gulf of Oman off the coast of the United Arab Emirates. One of the tankers was damaged as it was about to pick up Saudi oil to ship it to the United States.

Details of what exactly happened remain unclear, but it made the region – which is extremely important for global energy supplies – less safe for shippers.

Following the attack which Gulf officials described as "sabotage," the US issued a new warning to sailors, and the UAE's regional allies condemned the alleged attack.

The UAE says four ships were actually targeted off one of its port cities.

Gulf officials decline to say who they believe is behind the alleged attack, but the US has alerted ships that "Iran or its proxies" could be targeting maritime traffic in the area.

The United States also has deployed an aircraft carrier and B-52 bombers to the Persian Gulf in response to threats from Iran.

Tensions are mounting between the US and Iran over the unraveling nuclear deal with world powers.

A US official told the Associated Press that American naval investigators were helping the UAE with their investigation.

Meanwhile, US Secretary of State Mike Pompeo departed from Joint Base Andrews in Maryland late Sunday night. He changed the schedule for his latest trip to Europe, deciding to stop in Brussels instead of Moscow to talk about Iran and other issues with leaders in Europe.

Tensions increased after President Donald Trump withdrew the US from the 2015 nuclear deal between world powers and Iran. He also restored sanctions that have taken their toll on Iran's economy.

Iran warned last week that it would start enriching uranium at higher levels in 60 days if world leaders did not come up with new terms for the deal.

Saudi Arabia's energy minister said the attack did not "lead to any casualties or oil spill."  He did say it had an effect on "the security of oil supplies to consumers all over the world."

Iran's foreign ministry requested more clarification about what exactly happened with the vessels. He also warned against any "conspiracy orchestrated by ill-wishers."