Turkey's President Recep Tayyip Erdogan claims on Oct. 10, 2019 that 109 Syrian Kurdish "terrorists" have been killed so far. Erdogan also warned the European Union not to call his attack an 'invasion'. (Turkish Presidency Press Service via AP)
6100310508001 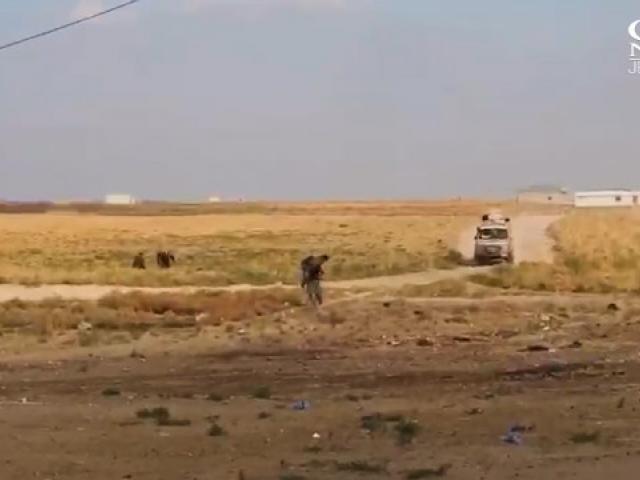 JERUSALEM, Israel - Despite claims of a cease-fire, Turkish backed jihadist forces are continuing their assault in strategic areas of northeast Syria. The attacks assisted by Turkish air and artillery threaten Christians and other religious minorities. Many see the invasion as the first step in President Recep Tayyip Erdogan’s dream to establish a greater Turkey.

During this so-called ceasefire, hundreds have died, thousands more have been wounded and hundreds of thousands have fled. Turkish backed forces have even attacked medical units.

One of the latest victims is Zhao Seng, a volunteer cameraman and medic with the Free Burma Rangers (FBR), a Christian medical mission that rescues and treats the wounded on the battlefield.

Zau Seng (far right), I miss you and love you very much. Thank you for showing me how to live, for putting a light on the world. I will miss you until I see you again in heaven. You are my brother and hero. pic.twitter.com/a0iV1hfTfZ

“We worked on him for an hour. Joseph the medic and I, CPR, adrenaline, oxygen and shock. Prayer that he would stay with us in Jesus name, but he didn’t, so he’s in heaven. Really sad, really sorry,” said Eubank.

Despite the loss of their friend, he says their work to rescue the injured will continue.

Part 2 of the update: pic.twitter.com/V6xXBHHLnd

"We'll stay here and keep serving you and the wounded and keep speaking for you about this zone of invasion, this zone of death, that the Turks and their proxies, jihadists & others, have launched,” said Eubank in a message to those caught in the crosshairs of Turkey's attack.

Many Christians and other religious minorities are caught inside that zone of death.

“This is their ancient homeland,” said Charmaine Hedding of the humanitarian aid organization The Shai Fund.

Some believe Turkey’s leaders plan to claim more territory in the region as their own.

Recently Turkey’s defense minister posted a map to his social media that shows portions of Greece, Syria, and Iraq as part of a greater Turkey.

Both maps include the Iraqi cities of Erbil, Mosul, and the oil-rich territory of Kirkuk.

“Their open intention is to restore the original caliphate which was disbanded in 1924,” said Dalton Thomas of Frontier Alliance International.

“I think that what we have done as the West is that we have given over this so-called buffer zone to Turkey in the hope for peace in our time, just like Chamberlain did to Nazi Germany with the Sudetenland land and we know what happened after that.”

In the meantime, Hedding and others believe a US-enforced no-fly zone would help prevent another genocide.