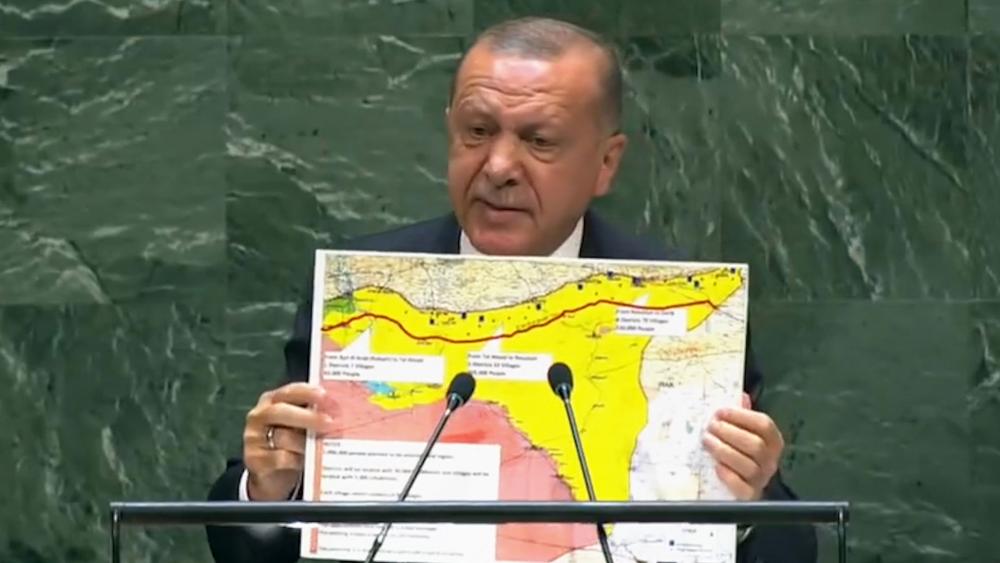 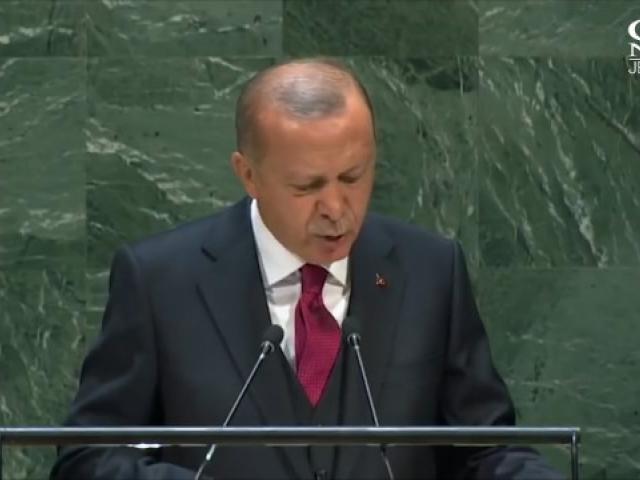 JERUSALEM, Israel – Turkish President Recep Tayyip Erdogan told the world at the recent UN General Assembly that he is ready to set up a “safe zone” in northeast Syria and relocate millions of Syrian refugees there.

"Here I’d like to show you a map of our plans. This is the border of Turkey as you can see and below is the proposed safe zone. If this safe zone is declared, we can resettle confidently one to two million refugees,” he said.

Following his UN  speech, Erdogan told Turkey's parliament that he might have no choice but to act unilaterally to create the zone. However, a military invasion and resettling up to two million refugees represents an existential threat to the Syrian Democratic Forces, the major ally of the US in the battle against ISIS and its newly formed democratic government.

"I think it's very much a threat to them,” Middle East expert Seth Frantzman told CBN News. Frantzman believes Turkey would like to do to northeast Syria what it did in the city of Afrin.

The Turkish invasion of Afrin ethnically cleansed hundreds of thousands of Kurds, hunted down Christians and burned churches.

"I think in a sense that's the model for what Turkey wants to do. Turkey views Afrin as a success but for the Kurdish people it was a total disaster," said Frantzman.

He argues that if Turkey does invade northeast Syria as it did in Afrin, it could turn the Middle East upside down.

"If Turkey really decides to go in, the US will withdraw. So that means you have this weird chaos where Turkey's going in. Americans are leaving. Well, obviously if there's a vacuum, other people have to rush in.  So that would mean the Syrian regime, the Russians, the Iranians. And also I think ISIS trying to exploit that. So that would be a huge amount of instability,” he explained.

This story is unfolding while Washington and the White House are consumed by impeachment.

"It's the worst possible time for the US to be totally distracted by this impeachment issue. There's so many boiling kettles in the Middle East and yet no cook to really deal with all of them,” said Frantzman.