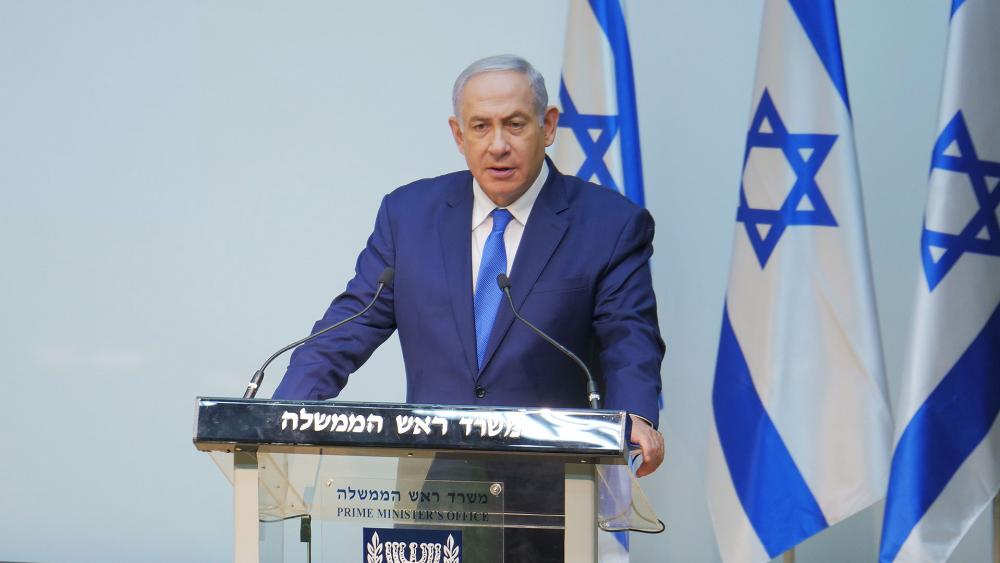 JERUSALEM, Israel - While all eyes are focused on Syria and the successful US targeted killing of ISIS leader Abu Bakr al-Baghdadi, Israeli Prime Minister Benjamin Netanyahu warned during a visit of senior US officials that the biggest sponsor of terrorism is alive and well and getting stronger.

For several years, Israel has bombed Iranian targets in Iraq and Syria numerous times to prevent Iran’s goal of transferring weapons and establishing a 700-mile land bridge from Tehran to the Mediterranean Sea.

Netanyahu’s warning followed a meeting in Jerusalem with US Treasury Secretary Steven Mnuchin.

The prime minister congratulated President Trump on al-Baghdadi’s killing but called on Washington to ramp up sanctions against Iran.

“It's good that this murderer has met his fate. We do know that we still have an ongoing battle against terrorism, both of the extremist Sunnis led by Daesh (ISIS) but also the extremist Shiites led by Iran, and its making a plunge for everything and everywhere in the Middle East,” Netanyahu said.

“Iran's capacity - we see this very clearly - to launch its aggression, to develop its weapons of death, to purvey its menacing ways, that capacity is diminished to the extent that you can tighten your sanctions and make the availability of cash more difficult for them,” he said.

“You see this in every part of the Middle East. So I want to thank you for what you've been doing, and encourage you, Steve, to do more, more, a lot more,” he added.

Menuchin said the US shares Israel’s concerns over Iran.

“We have executed on a maximum pressure campaign for sanctions. They have worked; they are working; they are cutting off the money. We are not doing this to hurt the people of Iran. We are doing this so that Iran stops their bad activities and exporting terrorism, looking to create nuclear capabilities, and missiles and we will continue to ramp up more, more, more, as you said,” Menuchin said.

The comments follow on the heels of Israel Defense Forces Chief of Staff Lt.-Gen. Aviv Kochavi’s warning last week that Israel’s northern and southern borders are what he called “tense and fragile.”

But, Kochavi said Israel’s northern borders are its “central strategic challenge” where Iran is building up its forces in Syria and developing it’s precision missiles through Hezbollah in Lebanon.