Thousands of Syrians Flee as Humanitarian Crisis Continues to Deteriorate 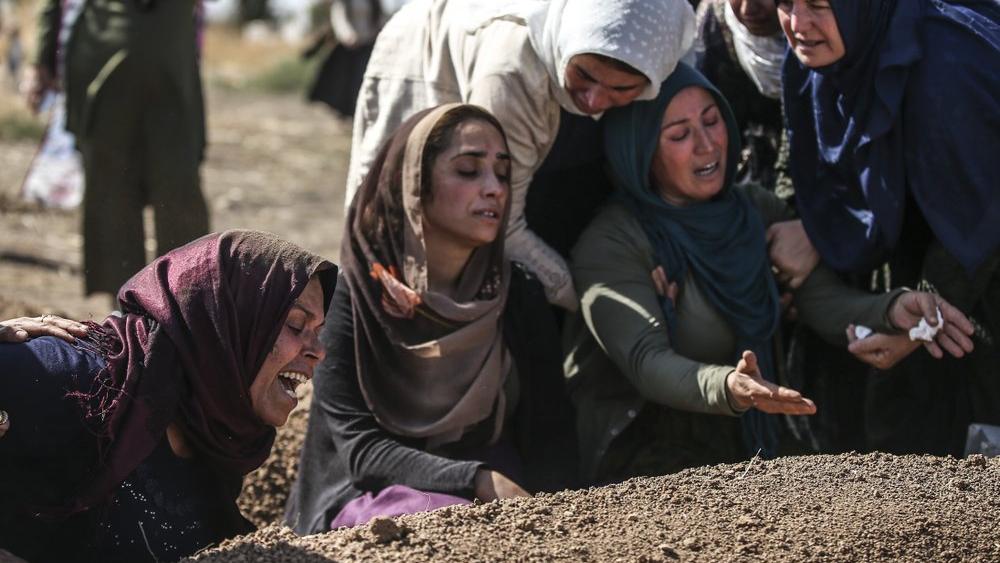 JERUSALEM, Israel - The military and humanitarian situation in Northeast Syria is deteriorating by the hour. Turkish forces along with their jihadist allies the Free Syria Army are approaching the M4 main highway from east to west and making significant advances along a nearly 100 kilometer stretch of the border.  The UN estimates that 100,000 Syrians have fled the fighting.  Christians and other religious minorities are fleeing for their lives in the face of demonstrably Islamist fueled invasion.

While the fighting continues, CBN News has learned the leadership of the Syrian Democratic Forces (SDF) has the option of negotiating with the regime of Syrian President Bashar al-Assad and the Russians. They would rather live under the yoke of the Assad government than under the heavy hand of Erdogan.  The consequences of such an alliance or some would say surrender are enormous.

The worst consequence would be that if the SDF yields to Assad it opens the door for Iran. This move would fuel Iran’s goal of completing its goal of building a land bridge from Tehran to the Mediterranean and accelerate its goal to destroy Israel.

Sources close to the SDF leadership say that without the US installing an effective NO-FLY ZONE against Turkey in NE Syria (up to the border), the SDF will really move to a deal with Assad as a consequence of the dire situation due to the Turkish airstrikes. This will immediately translate in an Iranian victory over the US.

But a NO-FLY ZONE that President Trump announces and implements would accomplish three significant goals.

First, it would cut off the need for the SDF leadership to give away its region to Assad, the Russians and Iran.

Second, it would help the SDF hold the line militarily. The SDF is outmatched by one of NATO’s biggest armies with F-16’s, M1 tanks and advanced artillery pounding the US’s main ally in the battle against ISIS. Courage can go only so far against this kind of weaponry, ironically much of it supplied by the US.

It would help the parties go to the negotiating table and give the Trump mediation efforts – his “Trump Plan” a chance.

The circumstances have pushed the SDF into this situation.  It’s not an ultimatum per se but they are simply looking at facts on the ground and have to make a choice.  Either the US makes a move with this first step – a NO-FLY ZONE - or they surrender to Assad, the Russians and Iran.

The geo-political consequences could be huge.  If the US surrenders and leaves the SDF to the “tender mercies” of Assad, Putin and the Ayatollah, this sends a signal not just to the region but to the world that the US word cannot be trusted, and the presence of the US military is irrelevant.

In addition, if Erdogan is not stopped now, the Kurdish Regional Government, the KRG, is also looking to Iran as a strategic partner.  If the US cannot be trusted, the KRG would rather switch to Iran sooner than later.  This would compound the threat for Israel if Iran holds sway over the Kurds of Iraq, the remainder of Iraq, NE Syria, Syria and Lebanon.

But the consequences don’t stop regionally but expand globally.  How will North Korea, China, Russia and our other enemies around the world react when they see the US abandon our allies in NE Syria?  Right now, NE Syria is the epicenter of this question of American resolve. If the US leaves now, we can’t comprehend now what the domino impact will be.

If we surrender now, we are surrendering to Islam and all the other bullies of the world. Our allies and enemies will reassess the US military presence and US commitments.  It also means the US resolve to defend our values, religious freedom and religious minorities around the world and who right now are literally fleeing for their lives in NE Syria.

Tragically, this is not a theory but a reality happening right now the world is watching unfold on the screens of the BBC, CNN and the world’s media on the Turkish/Syrian border. 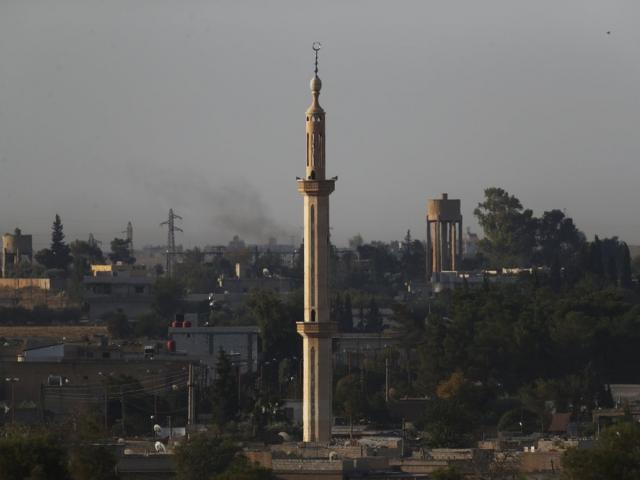