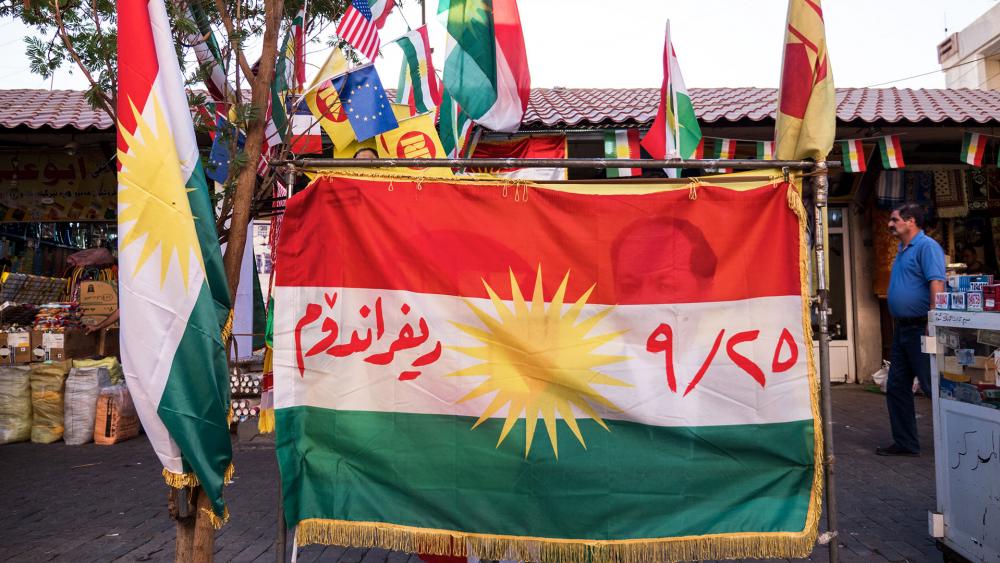 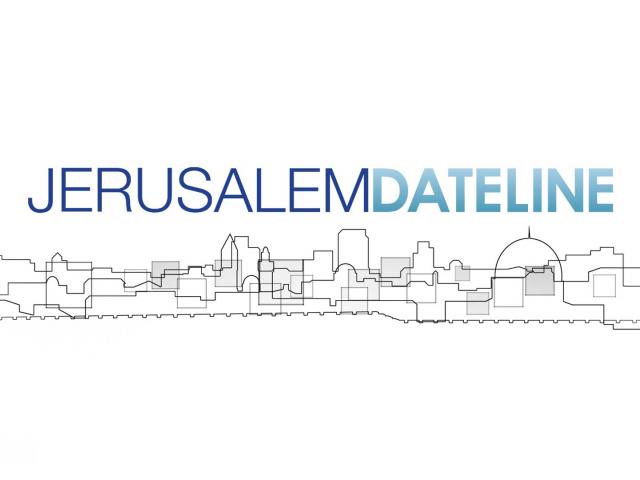 ABOVE: When President Trump first announced his plan to pull out of Syria earlier this year, there was such a strong pushback that he shelved the plan. CBN News traveled to northern Syria to record this special edition of JERUSALEM DATELINE: 2/1/19 Exclusive: Christians in NE Syria Warn of Genocide

JERUSALEM, Israel - As Turkey launches its military assault against the people of northern Syria, you may be wondering what's going on, who's being attacked, and why it matters.

To start with, the Kurdish people are the largest people group in the world without a state of their own.

An estimated 30 million Kurds are spread throughout the heart of the Middle East. They live in Turkey, Syria, Iran, and Iraq, but many see themselves first as Kurds and dream of a homeland of their own one day. They are the fourth largest ethnic group in the Middle East. The majority of them are Sunni Muslims but they aren't seen as being radicalized. In the fight against ISIS, some Iranian Kurdish fighters came to join with their brethren in Iraq.

Where do the Kurds live?

The Kurds are a people with ancient roots that go back as far as the Medes and the Persians.

"The Biblical connection of the Kurds is obvious. They're actually descendants of the ancient Medes. We heard in the Bible about the Medes and the Persians,” said Michele Bachmann, Director of the Jerusalem Prayer Breakfast.

“The Medes were the people from whom the wise men came. Think of that. They were the people who first saw that Jesus was Messiah and took gold to worship at the feet of Jesus,” Bachmann told CBN News.

“So these are natural allies. They love the United States. They love Israel but they have a Biblical basis as well. They're well worth being allies and they're worthy of our support,” she said.

At the end of World War I, Western powers promised the Kurds independence but several years later, they reneged on that promise. That betrayal was just one of many throughout Kurdish history. In the following decades, any attempt by the Kurds to have an independent state was brutally suppressed.

Who lives in Northeast Syria?

There are between two to four million people living in Northeast Syria. It’s hard to pin down exact numbers because of refugees and the mobility of the population fleeing violence. About two million Kurds live in Syria altogether, many of them in the northeast. Our sources say there are currently between 50,000-100,000 Christians living in Northeast Syria. (The Catholic News Agency, estimates there are about 40,000 Christians in the area – that’s a dramatic drop from 130,000 that lived there before the Syrian Civil War and ISIS attacks started in 2011.)

There are also many Arab Muslims living there.

Northeast Syria, the area currently under siege from Turkey, is defended by the Syrian Democratic Forces (SDF).

The SDF includes Kurdish fighters known as the YPG or People’s Protection Units -- the national Kurdish army in Syria. The YPG is one of the main components of SDF, which also includes Arab Muslims and Assyrian/Syriac militias and some smaller groups of Armenian, Turkman and Chechen forces.

They are the fighting force that is now defending the area of the Self-Administration in North and East Syria or SANES after the U.S. pulled out its troops.

SANES controls a third of Syria between the Tigris and Euphrates Rivers. Between two to four million people live within its borders.

After the Syrian revolution began in 2011, the Assad regime began to pull out of Northeast Syria. The people of this region then had to fight first Al Qaeda and then ISIS.

Click to Watch JERUSALEM DATELINE: They Fought ISIS for the World

These two major developments led the people of this region to form a representative form of government not seen in the Middle East before.

Earlier this year, when President Trump initially threatened to withdraw American forces, the Christians in the area told CBN News they were afraid of a massacre based on what Turkish President Erdogan had done earlier in the northwestern Syrian city of Afrin.

In Iraq, there are some 5-6 million Kurds. Kurdish fighters there are known as Peshmerga – literally, those who face death. They were the tip of the spear, the main boots on the ground in the fight against ISIS in Iraq.

They have faced their own history of massacres. In 1983, then Iraqi leader Saddam Hussein massacred 8,000 members of the Barzani Tribe – just one of the many massacres of the Kurdish people.

They’re still living with Saddam's brutal legacy. He sowed ten million mines in the Kurdish mountains. Even now the US-based Genocide Watch said the Kurds are in "grave danger" of another genocide.

In September 2017, the Kurds of northern Iraq went to the polls and voted overwhelmingly for independence. They celebrated but the world, including the US, either ignored their dream of freedom or punished them economically. It was the latest blow to a people who have suffered for centuries.

Kurds in Turkey and the PKK

There are approximately 14-15 million Kurds in Turkey, a country of 80 million. The PKK or the Kurdistan Workers’ Party has been fighting for an independent state inside Turkey for decades.

According to the BBC, it was founded in the late 1970s and started an armed struggle against the Turkish government in 1984.

More than 40,000 people have died in the fighting that peaked in the mid-1990s. At that time, the Turkish government destroyed thousands of villages in the largely Kurdish areas of Turkey.

The BBC quoted the PKK’s military leader Cemil Bayik in an interview earlier this year, saying, “We don’t want to separate from Turkey. We want to live within the borders of Turkey on our own land freely.”

Why Is Turkey Targeting the Kurds?

Turkey's authoritarian leader President Erdogan considers all the Kurds, whether they are in his country or not, to be terrorists. Therefore when he promises to protect “civilians” he is not referring to the Kurds who are protecting the population of Northeast Syria.

WHY? 'This Is in Many Ways a Jihad': Middle East Bureau Chief Chris Mitchell Explains Turkish Invasion of Syria

It’s important to note that while the PKK is considered even by the US to be a terrorist organization, none of the other Kurdish groups like the YPG or the Peshmerga are considered to be terrorists. The opposite is true. They have been the staunchest allies of the US.

YPG – People’s Protection Unit, Kurdish National Army in Syria. Strong allies of the US in its fight against ISIS, they are NOT known as or listed as a terrorist organization – except maybe to Turkey.

SDF - Syrian Democratic Forces. Led by the Kurds, the forces include Christians and Muslim Arabs. They are currently defending Northeast Syria against the Turkish invasion.

NES – The Autonomous Administration of North and East Syria or Rojava

SANES - Self-Administration in North and East Syria. They are the governmental arm that is currently running Northeast Syria.

PKK – Kurdistan Workers’ Party, Located in Turkey, they are considered to be a terrorist group by Turkey and other countries including the US.

Free Syrian Army (FSA) Jihadist fighters that developed out of the Syrian civil war and are now aligned with Turkey. 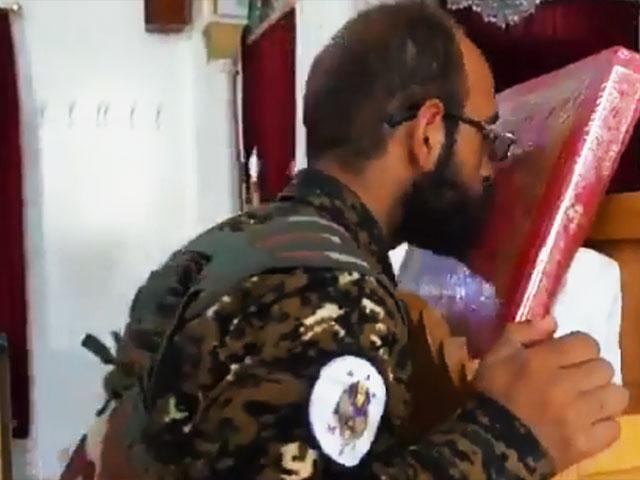