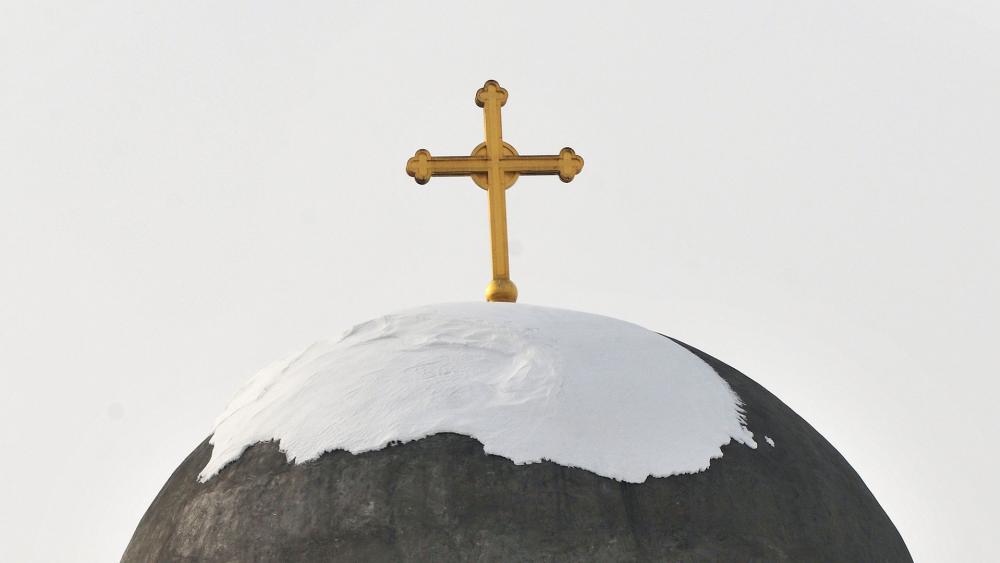 JERUSALEM, Israel - An orthodox priest in the Canadian province of Nova Scotia says he was forced to resign after giving a sermon about the importance of honoring the Jewish roots of Christianity and praying for Israel.

The Canadian Jewish News (CJN) reports that on August 12,  Father Vladimir Tobin,  the head priest of St. Vladimir's Orthodox Church in Halifax, was told he must leave the church due to the "Jewish twist in your ministry."

Tobin told CJN he received the letter calling for his resignation from Orthodox Church in America Archbishop Irénée, the archbishop of Ottawa and Canada.

Tobin's grandmother was Jewish but he was baptized into orthodox Christianity. He earned a doctorate in Egyptology at Jerusalem's Hebrew University in 1985. He recently visited Israel in May for the first time since he graduated more than 30 years ago.

During his time in ministry, Father Tobin refused to ignore the anti-Semitism he saw in the church.

"I was happy in Orthodoxy, but felt there was some anti-Jewishness there. I wrote a piece for publication, but was told by my superiors that it was 'too Jewish.' That increased my determination that Christianity grew from Judaism. My own theology recognized a faith that started with Abraham and grew through the centuries through Christ," he said.

Father Tobin received a letter from Archbishop Irénée in April telling him to resign after hearing complaints that he regularly prayed for Israel during his church services.

But Father Tobin did not back down and responded to the archbishop by writing: "It is true that I regularly pray for both Israel and United States, its armies and its president, and for 'the land of Israel and the armies which protect her.' What is to prevent us for praying for other countries that need it? The U.S. and Israel are our allies and need our support for peace in the Middle East. There are precedents of praying for other nations within our tradition. My prayers are mainly intended to advance peace in the Middle East ."

On Aug. 12, the archbishop wrote to Father Tobin: "Now, I place you once more on retirement as of Monday, August 26, 2019. This will permit you to say your farewells to the Faithful of Saint Vladimir Parish and remove your personal possessions from the church premises."

Father Tobin was planning on retiring soon but was upset he was forced to leave the church due to his love for Christianity's Jewish roots.

Still, he doesn't plan on slowing down after leaving behind a long career in ministry.

"I have many CDs to hear and books to read, a dog to walk and a grand piano that wants to be played," he said.

"To be clear, this is church sanctioned anti-Semitism and they ought to be absolutely ashamed of themselves," Rev. Johnnie Moore, President of The Congress of Christian Leaders, told CBN News in a statement.

Mrs. Yael Eckstein, President of the International Fellowship of Christians and Jews, praised Tobin for standing up to Christian anti-Semitism.

"God bless this courageous priest.  In case you've ever wondered whether the work of the International Fellowship of Christians and Jews is important, this is exhibit A.  Anti-Israel bigotry is unfortunately still alive and well in certain far corners of Christianity. The bridge between Christians and Jews that we have been building for thirty years is nearly built - mainly, because of hundreds of millions of evangelicals - but there is still more work to do."