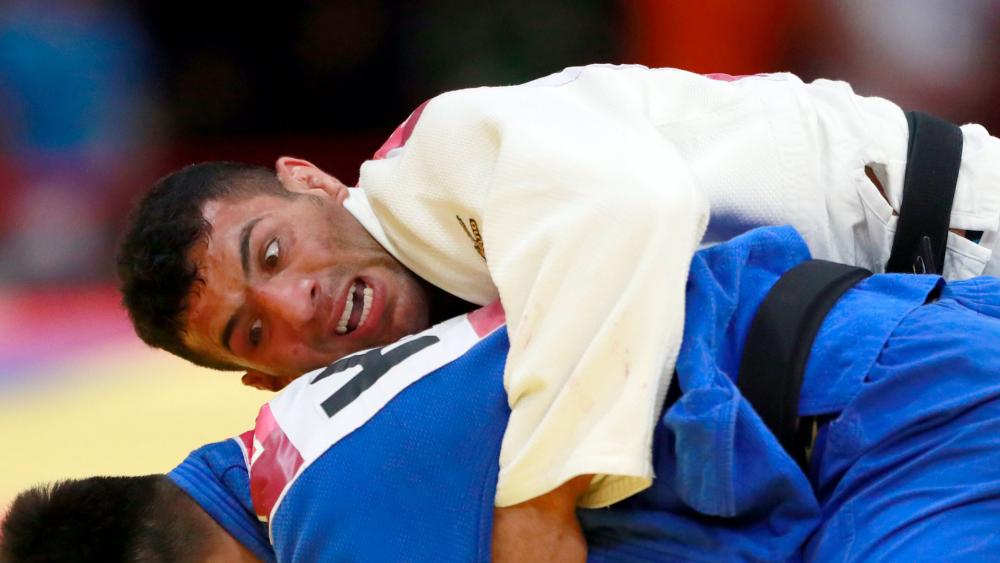 JERUSALEM, Israel - The Iranian-born world champion judo fighter Saeid Mollaei is fearing for his life after refusing Tehran's demands that he withdraw from a tournament to avoid fighting against an Israeli opponent.

Mollaei competed in the Judo World Championships in Tokyo last week to defend his title in the under-81 kilogram weight class. He was hoping to come out on top and qualify for the 2020 summer Olympic games but a phone call from an Iranian leader changed everything.

Iran's deputy minister of sport, Davar Zani, ordered Mollaei to forfeit the competition to avoid the possibility of fighting against Israel's Sagi Muki in the finals. Iranian athletes are prohibited from competing in any sport against Israel and are forced to forfeit matches and even intentionally lose. The International Judo Federation reports that Mollaei collapsed into tears after Zani threatened the safety of Mollaei and his family.

IJF Media reported that national security officers also visited his family in Iran and threatened them.

Mollaei ignored the threats and continued fighting but never got a chance to compete against Muki because he was defeated by Belgium's Mattias Casse and finished in fifth place. Meanwhile, Muki went on to win the world title.

Mollaei said Tehran's threats weighed heavy on him during the competition.

"I could have been the world champion. I've been training hard, making lots of efforts. Today, I fought and won against an Olympic champion, an Olympics bronze-medalist and other opponents. I beat all of them. I even dreamed of the championship title today. But that was not my fate: I could not compete because of the law in my country, and because I was scared of consequences for my family and myself," he said.

"Thank you," Muki responded. "You are an inspiration as a human being and as an athlete."

Still, Mollaei cannot return to Iran and he fears for his family's safety.

"I need help," Mollaei said. "Even if the authorities of my country told me that I can go back without any problems, I am afraid. I am afraid of what might happen to my family and to myself."

Mollaei knows he cannot return to Iran and luckily has a German visa.

"It is our mission to protect our athletes — that's clear," Vizer told AFP, saying that Mollaei mayb still be allowed to compete in the Tokyo Olympics.

"We will do our best that he will compete in the Olympic Games. Later we will see in which team — there are different options, but one of them will be applied for the Olympics."