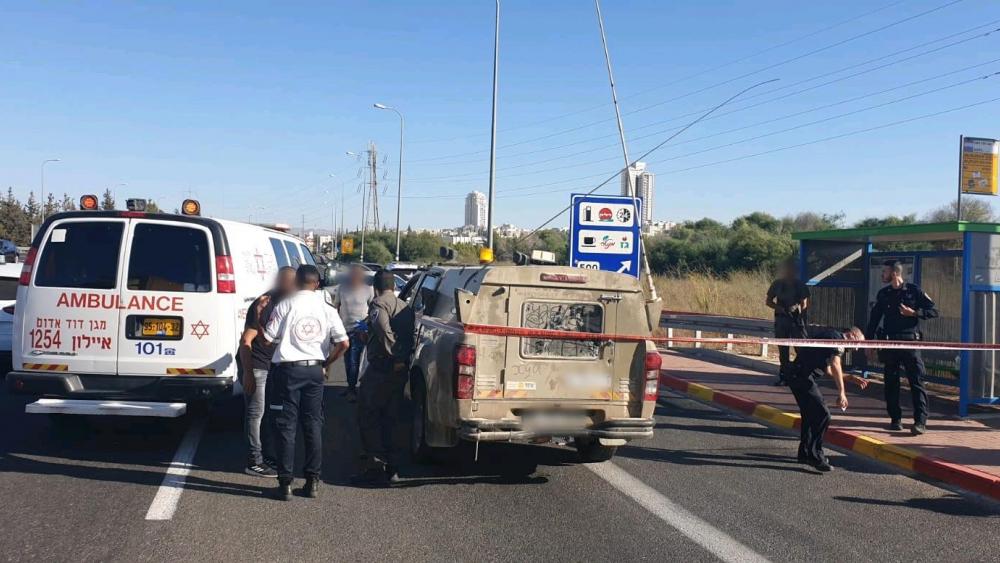 JERUSALEM, Israel – An Israeli woman is recovering after being stabbed by a Palestinian teenager in a terror attack Wednesday.

A spokesperson for Magen David Adom, Israel’s national EMS service, said the 22-year-old Israeli woman was taken to Tel Hashomer hospital in light to moderate condition after being stabbed by a 14-year-old Palestinian teenager along Highway 443, near the central-Israeli city of Modiin.

*MDA Spokesperson*: an update to the incident on Highway 443: MDA personnel are treating and evacuating a 22 year old female in light to moderate conidition to Tel Hashomer hospital with a stab wound to her upper body. pic.twitter.com/o6GXqJFfMW

An Israeli police officer was also lightly wounded while trying to restrain the attacker who was arrested and transferred to security personnel for interrogation.

Police say they saw the suspect fleeing the scene on foot before detaining them.

This is the latest is a series of terror attacks that have plagued Israel in recent months.

Earlier this month, two Israelis were injured in stabbing attacks after visiting a Palestinian dentist in the city in of Azun.

In August, a teenage girl was killed and her father and brother wounded after terrorists planted an explosive at a popular Israeli natural spring.