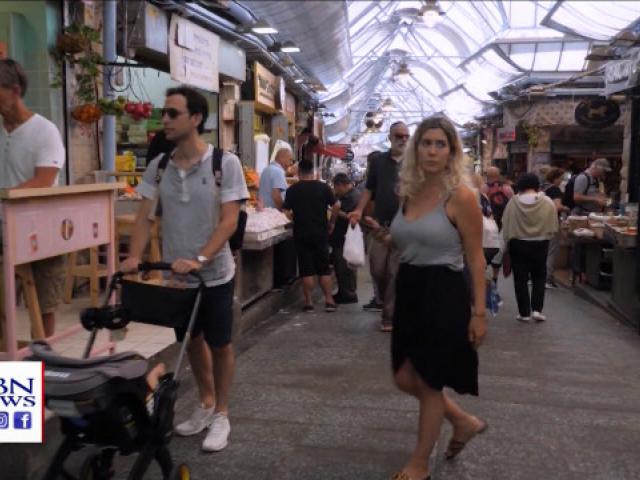 JERUSALEM, Israel - For the first time ever, Israelis will go back to the polls to vote in national elections for a second time in one year.

Israeli voters are expressing different priorities as they plan for the September 17 national elections.  CBN News asked Jerusalemites what they thought.

"I think the security matters more than anything else, yeh, the issues like Iran, like Hamas," said Yehuda, an Israeli voter.

"The most important issue for me is to stay a Jewish State, a strong state," said Edna, another Israeli voter.

According to political scientist Dr. Emmanuel Navon, from The Jerusalem Institute for Strategy and Security, however, there's only one real issue: Israeli Prime Minister Benjamin Netanyahu.

"Netanyahu.  That is the topic of the election, basically. That is what Blue and White is all about -- being against Netanyahu. Likud is about support (of) Netanyahu. And that's also why we are having an early election," Navon told CBN News.

Israelis will have more than 30 political parties and lists to choose from next week.  The parties will be competing for 120 Knesset seats.  The party winning the most seats will likely be asked to form the next government.  And that's where it gets complicated.

According to opinion polls, Netanyahu's Likud party is running even with the liberal Blue and White party led by former IDF Chief of Staff Benny Gantz.  That means all eyes are on another player: Avigdor Liberman of the Israel Beiteinu party as a potential kingmaker.

Liberman wants a unity government made up of elements from both Likud and Blue and White.

Even though the polls are similar to what they were in April, Navon says there won't be a repeat.

"In other words, we're not going to go to elections again. Forget about it.  There's no such scenario," Navon added.

In April, Netanyahu's Likud party won more seats than any other party but Netanyahu was unable to pull together a majority of Knesset members to form a coalition government.  Rather than let his opponent try, the Knesset dissolved itself and called for new elections.

Over the summer Netanyahu became Israel's longest serving prime minister. Supporters credit him for the strong economy, improving relations with neighboring Arab states and helping make ties with the US stronger than ever.

His detractors point to his legal problems and upcoming indictment on corruption charges.   Israelis are divided.

"Our government is very corrupted and I myself very (much) hate Benyamin Netanyahu," said Israeli voter Ilan, who said he'd vote for Blue and White.

So, come the elections, the world will see whether or not Israelis still believe Netanyahu is the only viable choice as leader for Israel.