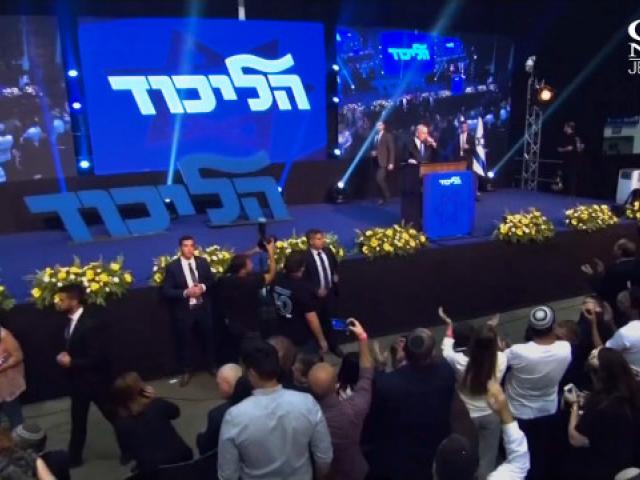 TEL AVIV - For the second time in less than six months, Israelis voted in national elections. And they appear to have ended the same: deadlock.

In the wee hours of Wednesday morning, hours after the polling stations closed Netanyahu addressed his supporters with what he called a short and important message.

"There will not be and there cannot be a government that leans on Arab, anti-Zionist parties -- parties that negate the very existence of Israel as a Jewish and democratic state; parties that exalt and praise bloodthirsty terrorists who murder our soldiers, citizens and children,” Netanyahu said.

Despite the disappointment of no clear winner, Netanyahu’s supporters welcomed him after 3:00 am with songs of ‘Bibi, King of Israel.’  Netanyahu said he had already talked with rightwing parties but hinted at a unity government with the opposition.

The day after elections, Gantz also spoke about unity.

“We were busy with the campaign for too long. And with your permission we will be waiting for another day or two and we wish the people of Israel a good and desirable unity government,” Gantz told reporters.

Liberman, whose refusal to bend to the ultra-religious after the April elections, forced this second election, said unity is the only way to go.

“We have just one option: a broad liberal unity government formed of  Yisrael Beiteinu, Likud and Blue and White,” Liberman told his supporters.

One of the big winners: the Joint List of Arab parties. They garnered 12 seats and ranked third in the list of winners.

“We managed to finish an era of fascism, of racism, and an era of trying to kill the hope of the Palestinian people to establish their own state,” said Aida Touma, a Joint List candidate.

President Trump said he’d roll out his long-awaited deal of the century Israeli-Palestinian peace plan shortly after the elections.

Netanyahu said it was important that a Zionist ideology managed those talks.

“In the near future the deal of the century with my friend, President Trump will be presented. And the manner in which the negotiations with the president are managed will define the future of the state of Israel for generations,” Netanyahu said.

Official results will only come out in the next week and forming a government can take another month or more.  If no government is formed Israelis will go to a third round of elections.

“You know what the Italians didn’t think they’re going to go in their fourth elections.  The British it seems like they’re going into third elections as well,” Likud Knesset Member Sharren Haskel told CBN News at the Likud Election Quarters.

“We hope we’re not going to end up in third elections but as we see the maps of mandates, you know what it might be on the table as well,” Haskel said.

For now, Israelis are waiting to see if a government will be formed and what it will look like.