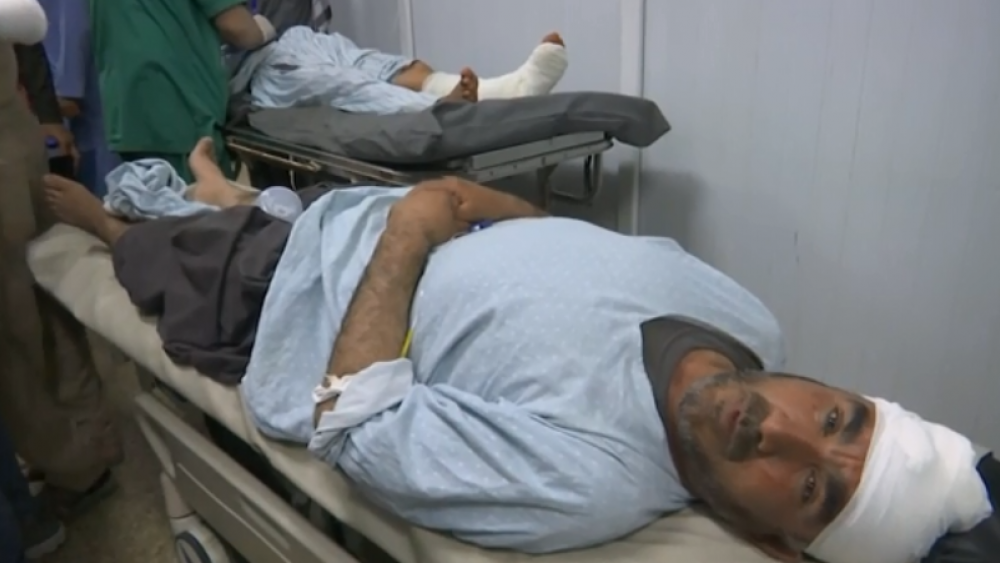 KABUL, Afghanistan (AP) - The death toll from a late-night Taliban suicide attack in the Afghan capital rose to 16 civilians on Tuesday, with 119 people wounded, an official said. Angry Kabul residents climbed over the wall into the international compound, which has been targeted frequently, and set part of it on fire.

Thick black smoke rose from the Green Village, home to several international organizations and guesthouses and often a target of attacks - a peril to nearby local residents as well.

It was not immediately clear why the Taliban continue such attacks, even as a U.S. envoy says the militant group has reached a deal "in principle" with the U.S. on ending America's longest war, including a troop withdrawal that the Taliban already portray as their victory.

Interior Ministry spokesman Nasrat Rahimi said some 400 foreigners had been rescued after the suicide bomber targeted the compound late on Monday. The blast occurred on the street outside and destroyed a number of homes.

Five attackers were shot and killed by security forces after the bomber, who was apparently driving a tractor packed with explosives, detonated his vehicle, Rahimi said. The explosion hit the western wall of the compound.

The attack occurred just hours after the U.S. envoy briefed the Afghan government on an agreement "in principle" with the Taliban that would see 5,000 U.S. troops leave the country within five months.

The Green Village also was hit by a suicide car bomber in January, again as the U.S. envoy, Zalmay Khalilzad, was visiting the capital to brief the Afghan government on his negotiations with the Taliban on ending nearly 18 years of fighting.

Hours before Monday's attack, Khalilzad showed a draft deal to the Afghan president after declaring that they are "at the threshold of an agreement" following the end of the ninth round of U.S.-Taliban talks in Qatar. The agreement still needs President Donald Trump's approval.

There was no immediate comment from Khalilzad after the blast that was strongly condemned by Afghan President Ashraf Ghani.

Shaken Kabul residents question whether any agreement with the Taliban can be trusted, especially as foreign troops withdraw.

It was not clear why the Taliban would continue to carry out such attacks when the militant group appears to be getting what it wants in a deal with the U.S. - a troop withdrawal. The group wants all of the some 20,000 U.S. and NATO troops out of Afghanistan immediately, while the U.S. seeks a withdrawal in phases that would depend on the Taliban meeting certain conditions such as a reduction in violence.

Attacks have surged in recent months, including Taliban assaults on two provincial capitals over the weekend, as the group seeks to strengthen its negotiating position not only with the U.S. but with the Afghan government in the even more challenging intra-Afghan talks that are meant to follow a U.S.-Taliban deal on Afghanistan's future.

Some analysts also have warned that some factions of the Taliban might be expressing displeasure with the U.S. deal, though Taliban political leaders at the talks in Qatar have insisted that their tens of thousands of fighters would respect whatever agreement is reached.