Lebanese PM and Entire Government Steps Down in Wake of Beirut Explosion, Protests 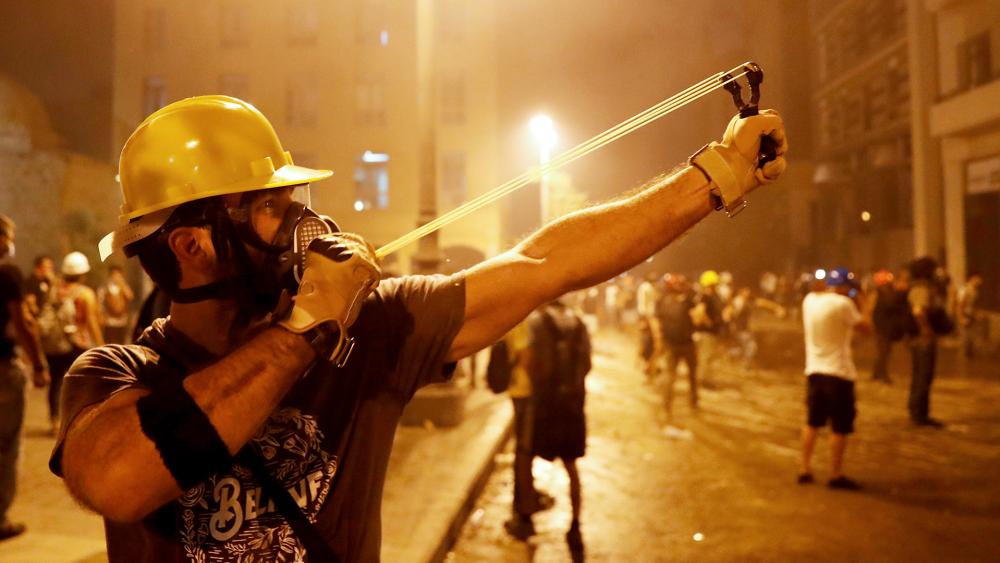 JERUSALEM, Israel – Lebanon’s prime minister says he is stepping down from his job in the wake of the Beirut port explosion last week that triggered public fury and mass protests.

In a brief televised speech, Prime Minister Hassan Diab said on Monday that he is taking “a step back” so he can stand with the people “and fight the battle for change alongside them.”

He said: “I declare today the resignation of this government. May God protect Lebanon,” repeating the last phrase three times.

Since the blast, the people of Lebanon, crippled by a failed economy put pressure on their leaders, calling for a change in government.

Since last week’s explosion, thousands have marched to Beirut’s Martyr’s Square to blame Lebanon’s leaders for the disaster.

"People are enraged. They are enraged that so many politicians and public officials were aware that more than 2,700 tons of explosive material was just left in the port for years without any safety measures. And, you know, the evidence is coming out every day showing that more and more officials were informed of this,” explained Aya Majzoub, Human Rights Watch’s Lebanon and Bahrain Researcher.

Many protesters clashed with security forces.

"We lost it. Our houses? We lost them. Our lives? We lost them. Everything is happening to us. I am 28 years old and what future do I have? Nothing. There is nothing … shame on you Hassan [Diab, prime minister],” one protester said.

"We will not accept what happened yesterday unless it is a turning point in Lebanon's history and the Lebanese people get their right, whether Muslim or Christian, so that we be able to build a nicer Lebanon for our children and we can live in peace,” said, Samy Gemayel President of Lebanon Kataeb Party.

In a virtual conference Sunday including the UN and United States, French President Emmanuel Macron told international leaders Lebanon’s future is at stake. Sending help is difficult due to Lebanon’s government leaders accused of corruption.

President Michel Aoun ruled out an international investigation and told a reporter he saw it as an attempt to “dilute the truth.”

"There are two possible scenarios for what happened: it was either negligence or foreign interference through a missile or bomb," he said. It was the first time a top Lebanese official suggested the possibility that the port had been attacked.

Many point the blame at Hezbollah but its leader Hassan Nasrallah categorically denied involvement.

“I don’t buy this story at all,” he said. According to Kedar, Beirut’s port had become known as Iran’s main arms supply route to Hezbollah.

Kedar said the port was even called the “Fatima Gate” named after the daughter of Mohammad.

“For those that do not know the harbor of Beirut had two gates and entrances and exits. One was controlled by the official authorities and the other was controlled by Hezbollah. Every night between 3 a.m. and 5 a.m., Hezbollah was kicking out all the officials and the policemen and everybody else and the gate was for themselves to do whatever they like.”

Kedar also believes the second explosion before the third major explosion was not caused by fireworks, as some in the government claim, but munitions or rocket fuel.

“Fireworks do not create such a devastation. And when fireworks are detonated you can see them in the sky. Even if it’s in daylight,” he said. “So, what exploded there was ammunition of Hezbollah was hiding in the warehouses which he is controlling.”

Kedar said the calls for change in Lebanon’s government could potentially have the biggest impact on Iran’s master plan that has helped Hezbollah entrench itself into Lebanon for forty years.

“This is definitely a blow to the Iranian attempts to turn Lebanon to another tentacle of the Iranian octopus,” he explained. “Hopefully now the world will start looking at how Hezbollah took over this state and maybe the world will do something about this or tighten the grip over the Iranians head of the octopus in order to release states like Lebanon from this grip.”

One Beirut resident told CBN News they feel it’s not so much a political battle but a spiritual battle over the future of Lebanon. It’s why they’re asking the worldwide church to pray for their country. 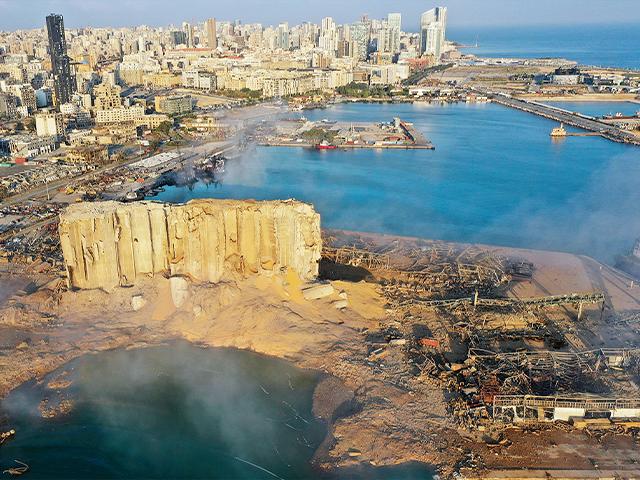