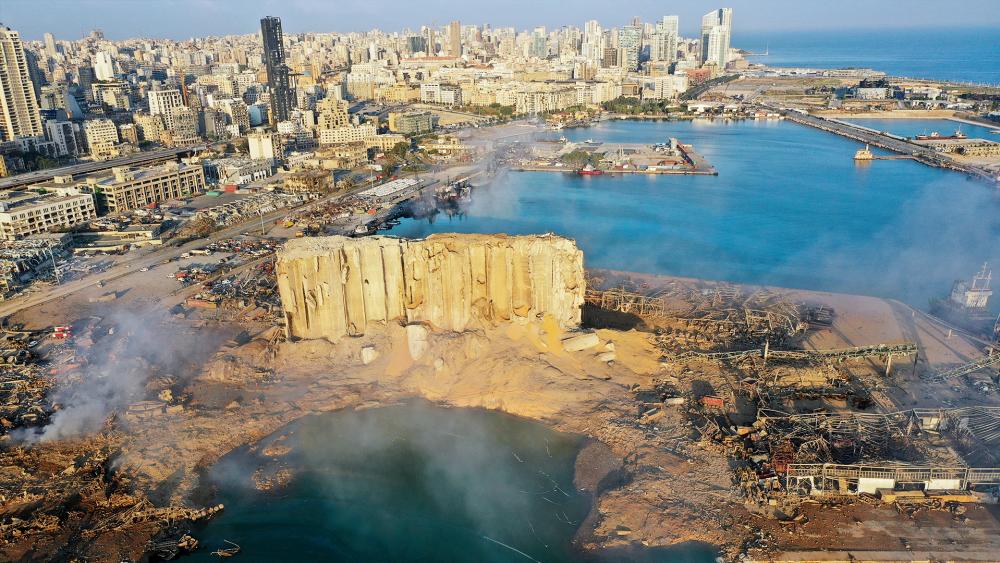 JERUSALEM, Israel – Authorities are working to piece together the events that triggered the deadly port explosion that ripped through Beirut on Tuesday, killing at least 135 people and wounding 5,000 others.

It is unclear what caused the devasting blast that has left more than 300,000 people homeless. Lebanon’s prime minister said the investigation will focus on the estimated 2,750 tons of ammonium nitrate stored at a warehouse on the port without proper safety measures.

Early investigations blame severe negligence for the disaster and the Lebanese government has placed several port officials under house arrest. The Port of Beirut and customs office is notorious for being one of the most corrupt institutions in the country where various groups and politicians, including Hezbollah, have influence.

How did the ammonium nitrate end up in the port?

In October 2013, a Moldovan-flagged ship called MV Rhosus set off from Batumi, Georgia carrying 2,750 tons of ammonium nitrate - a chemical used in fertilizer - on board. The ship was owned by Russian businessman Igor Grechushkin and was destined for Mozambique. After stopping in Greece to refuel, the ship was suddenly rerouted to Beirut.

There are conflicting reports as to why the ship changed course mid-journey. Some media reports said Grechushkin ran out of money and ordered his Russian and Ukrainian crew to stop in Lebanon to pick up additional cargo to cover travel costs. Others cited technical difficulties, including a hole in the ship’s hull that required water to be repeatedly pumped out, according to the New York Times.

The Times also reported that Grechushkin received numerous complaints that the 40-year-old ship was rundown and that he had failed to pay his crew’s wages.

Once in Beirut, the ship was detained by port authorities due to “gross violations in operating a vessel,” the Seafarers’ Union of Russia told CNN.

The ship’s journey ended in Beirut. The sailors and crew eventually abandoned the ship and its 2,750 tons of explosive material on board.

The ammonium nitrate was unloaded and stored at the Beirut port despite numerous warnings from Lebanese customs officials that the chemical posed “extreme danger” to the city.

According to a report in Al Jazeera, customs officials sent numerous letters asking for a solution, but they were ignored.

Reuters cited a port source who said they warned the government as recently as six months ago that the chemicals could “blow up all of Beirut,” but nothing was done.

Who or what Caused The Explosion?

Ammonium nitrate does not detonate on its own and needs a trigger.

Lebanon’s broadcaster LBCI reported Wednesday that welders working to close off a gap in a warehouse storing fireworks could have set off the explosion. The sparks from the welders’ torches are suspected of setting off the fireworks inside, causing a fire. The fire spread to the warehouse storing the ammonium nitrate, setting off the massive explosion.

Jeffrey Lewis, a missile expert at the Middlebury Institute of International Studies in Monterey, California, told the AP that the explosion appears to be an accident.

“If you have a fire raging next to something explosive, and you don’t put it out, it blows up,” he said.

“Before the big explosion, you can see in the center of the fire, you can see sparks, you can hear sounds like popcorn and you can hear whistles,” Hayoun told the AP. “This is very specific behavior of fireworks, the visuals, the sounds and the transformation from a slow burn to a massive explosion.”

US President Donald Trump initially said Tuesday military generals told him they “seem to feel” the explosion was a “terrible attack.”

Trump walked backed those claims on Wednesday during his daily press briefing at the White House where he admitted the blast could have been an accident.

“Whatever happened, it is terrible,” he said. “They don’t really know what happened. I don’t think anybody can say right now, we’re looking into it very strongly.”

Fox News cited a source who said the Beirut port was unofficially controlled by Hezbollah, leading to speculations that the terror group is somehow linked to the explosion. Israeli leaders have long accused Hezbollah of using the Beirut port to transfer weapons.

The explosion could lead to further scrutiny of Hezbollah and its power over Lebanon’s leaders.

Whoever is responsible, most Lebanese blame their government.

“People are just angry at the government because whatever the cause is, nobody in the government is taking responsibility,” a Lebanese woman who survived the explosion told CBN News.

“They’re just sending out empty promises…the culprit is the government in the sense that they’re not owning up to what happened.”

Lebanon was already collapsing due to a devastating economic crisis brought on by years of mismanagement and corruption.

Before COVID-19 hit, tens of thousands of Lebanese took to the streets to demand a new government. Many have already fled the country. 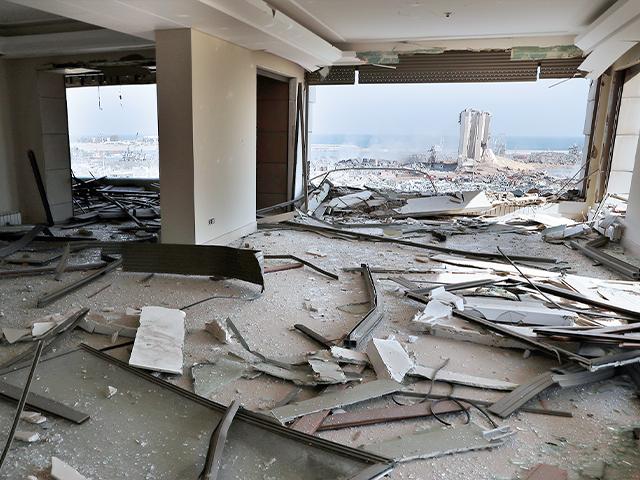