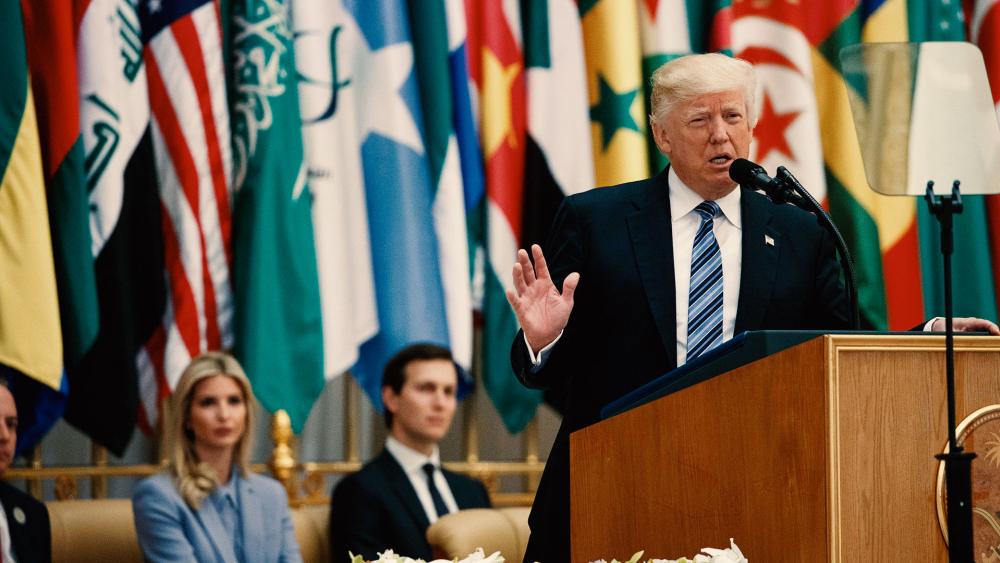 When asked during a White House news conference if he believes Saudi Arabia will join the historic peace agreement between Israel and the UAE, Trump said, “I do.”

Saudi Arabia does not recognize Israel and was hesitant to comment on the Israeli-Emirate deal. The kingdom broke its silence on Wednesday when the foreign minister praised part of the deal as "positive," but said Saudi Arabia will only pursue peace with Israel based on the contours of the 2002 Arab Peace Initiative.

Saudi Arabia created the initiative to offer peace with Israel in exchange for the establishment of a Palestinian state and the return of millions of Palestinian refugees and their descendants to the land. It also calls for Israel’s full withdrawal to pre-1967 borderlines, including a divided Jerusalem.

Israel’s relationship with Saudi Arabi has been growing behind the scenes as both countries work to curb Iran’s influence in the Middle East.

Following the deal with the UAE, Israeli Prime Minister Benjamin Netanyahu said he is working on an agreement to have direct flights between Israel and the UAE that would fly over Saudi airspace.

“I do think we have other countries that are very interested in moving forward [with Israel]. And as that progresses I do think that it’s an inevitability that Saudi Arabia and Israel will have fully normalized relations and they’ll be able to do a lot of great things together,” he told CNBC.

After discussing the United States’ willingness to sell F-35s to the UAE, a move Israel condemns, Trump said he believes Iran will eventually join an Arab peace deal with Israel.

“I see a lot of countries coming in fairly quickly. And when you have them all in, ultimately Iran will come in too. There’ll be peace in the Middle East. That’ll be nice. Iran will be very much neutralized. They never thought this could have happened. And with the horrendously stupid Iran deal signed by Obama, this could have never happened,” said Trump.

Kushner said in an interview with Voice of America published Wednesday that the US is willing to enter peace negotiations with Iran if his father-in-law wins in November.

“President Trump is willing to talk. He’s willing to meet [Iran’s leaders]. But … he’s going to be tough,” said Kushner.

This comes as Trump announced on Wednesday that US Secretary of State Mike Pompeo would activate a procedure aimed a reimposing so-called "snapback" sanctions on Iran. Pompeo will travel to New York on Thursday to notify the UN Security Council that the US is triggering the "snapback" mechanism.

This procedure will restore all international sanctions on Iran that were lifted as part of the 2015 Iranian nuclear deal.