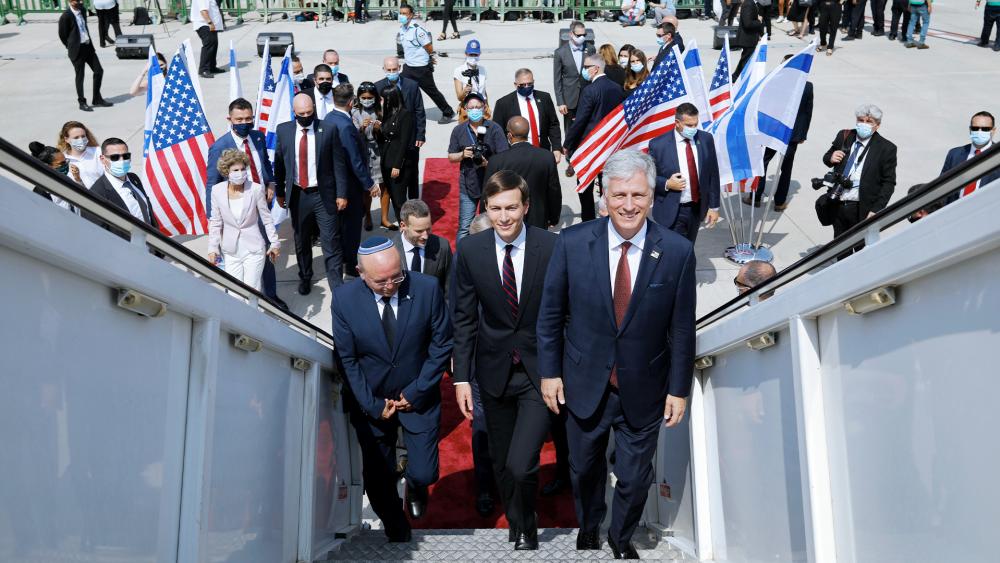 JERUSALEM, Israel – El Al flight 971 will make history Monday morning as it carries Israeli and American delegations from Tel Aviv to Abu Dhabi where leaders will finalize the peace agreement between Israel and the United Arab Emirates.

It is the first El-Al flight from Israel to the UAE and the first Israeli plane to fly over Saudi airspace. The word “peace” was painted above the pilot’s-side window in Hebrew, English, and Arabic in honor of the agreement.

Captain Tal Becker, who has been a pilot for 45 years, told reporters he never expected he would fly to Abu Dhabi and said it was a “very special feeling.” 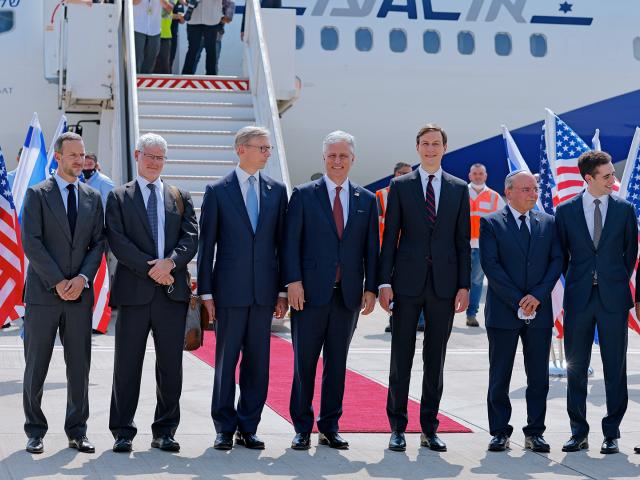 He said he hopes the Muslim and Arab world is watching this flight.

"I prayed yesterday at the [Western] Wall that Muslims and Arabs from throughout the world will be watching this flight recognizing that we are all children of God and that the future does not have to predetermined by the past," Kushner said according to The Jerusalem Post. "This is a very hopeful time and I believe that so much peace and prosperity is possible in this region and throughout the world."

Jared Kushner, Senior Advisor to the President of the U.S. visits the Western Wall in Jerusalem, August 30, 2020. pic.twitter.com/ZRFo8o74zS

After the three hour and 13-minute flight, an official reception will be held at the airport in Abu Dhabi.

Israeli, American, and Emirati leaders will hold trilateral meetings on Monday and Tuesday, during which they will discuss signing cooperation agreements in the civil and economic spheres.

On Saturday, the ruler of the UAE officially decreed that the country had formally ended its boycott of Israel.

The state-run WAM News agency said the move allows Israelis and Israeli companies to do business in the UAE. It also allows the Emirates to purchase and trade Israeli goods.

“The decree of the new law comes within the UAE’s efforts to expand diplomatic and commercial cooperation with Israel,” WAM said. It lays out “a roadmap toward launching joint cooperation, leading to bilateral relations by stimulating economic growth and promoting technological innovation.”

The two countries agreed to normalize ties on Aug. 13 in a US-brokered deal. The agreement requires Israel to halt plans to annex parts of the West Bank – biblical Judea and Samaria. The Palestinians condemned the peace agreement and warned other Arab countries against normalizing ties with Israel.

Speaking at a joint press conference Sunday with Kushner and O’Brien, Prime Minister Benjamin Netanyahu said the new Israeli-Emirati deal marks an end to the “Palestinian veto” on peace between Israel and the Arab world.

Kushner said President Trump is “writing a new script for a new Middle East” and there will be “a lot more” breakthroughs for peace to come.

“To play a role in [the Israeli-Emirati deal’s] creation — and I say this as the grandson of two Holocaust survivors — it means more to me and to my family than I can ever express. We will continue to pursue peace between Israel, the biblical homeland of the Jewish people, and its Arab and Muslim neighbors and I have never been more hopeful about peace,” said Kushner.