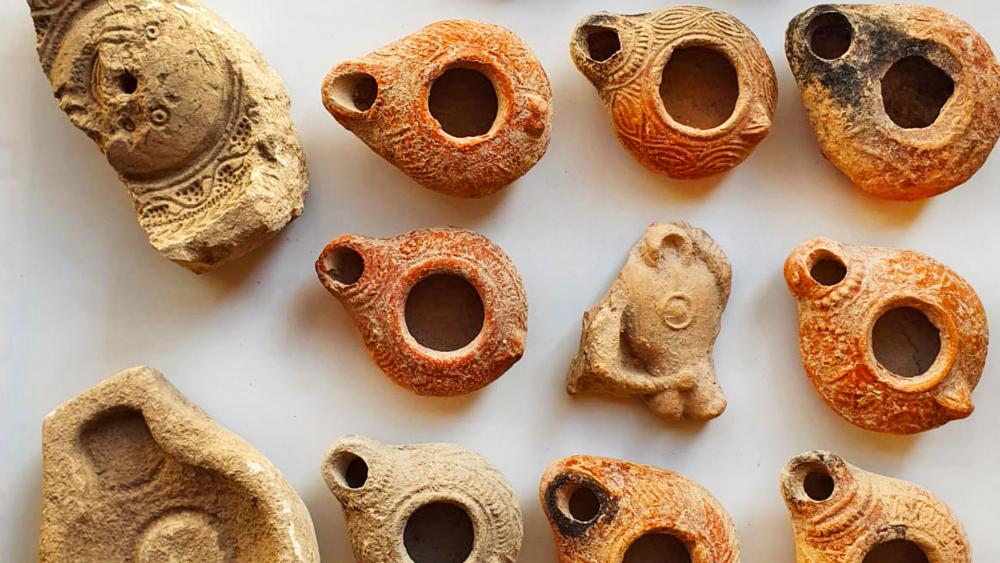 Israeli archaeologists excavating outside Jerusalem have unearthed hundreds of pottery oil lamps and one of the largest oil-lamp workshops in Israel, the Israel Antiquities Authority (IAA) announced on Monday.

Two of the lamps bore the symbol of the menorah and others carried a fish – one of the symbols of early Christianity.  They were made during the early Roman Period, about 1,600-1,700 years ago and were used for lighting in ancient times.

Archaeologists also found stone lamp molds for their production and terracotta figurines in the IAA excavation in Beit Shemesh, prior to the development of a new neighborhood there. Many of the workers were volunteers – young people and those awaiting their service in the IDF. 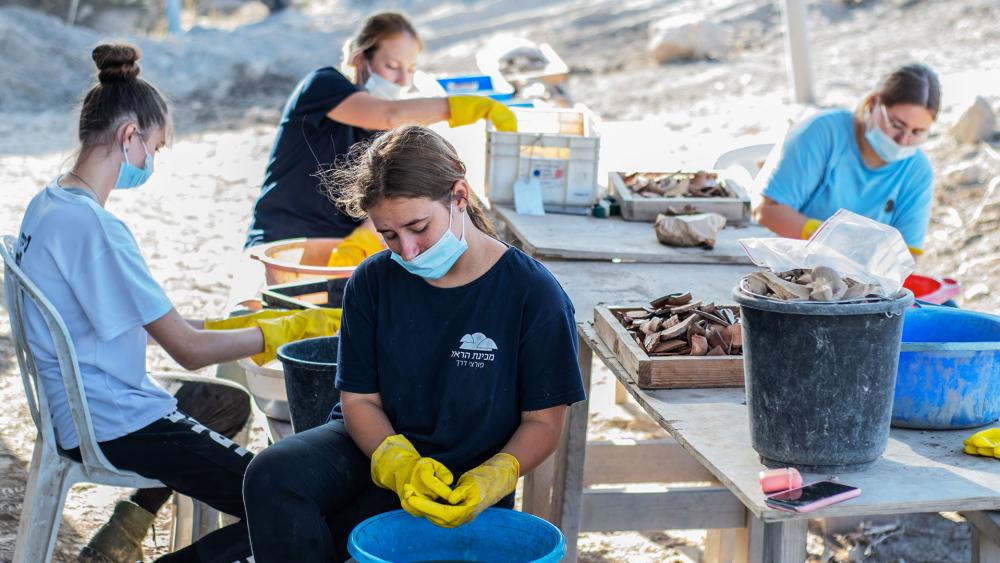 Archaeologists were surprised at the quantity and quality of the lamps but it also solved decades-old archaeological mystery.

In 1934, archaeologist Dimitri Baramki, an inspector for the Department of Antiquities during the British Mandate, discovered a water cistern near Beit Shemesh.  While he was excavating the cistern, he uncovered a huge quantity of intact oil lamps that bore animal and plant motifs, and geometric designs.

The lamps were named “Beit Nattif” lamps, after a nearby village and became an “archaeological hallmark,” the IAA said in a statement. Baramki also discovered stone lamp molds and pottery figurines of animals, horse-riders, women and birds. But the location of the cistern was lost after the discovery until now.

“We uncovered a water cistern that looked, at first sight, like many others in the region. But to our surprise, excavation beside the cistern began unearthing massive quantities of oil lamps, stone lamp molds and figurine fragments,” said excavation directors Moran Balila, Itai Aviv, Nicolas Benenstein and Omer Shalev in a statement.

When the archaeologists entered the cistern they recognized it from photos in Baramki’s excavation publication and also found leather baskets and an empty metal box he’d left behind. They say it brings the cistern back to life, which is an important archaeological discovery. It’s also “tangible evidence of archaeological history.”

“The figurines and the motifs on the lamps from the Beit Nattif region tell the story of the Judean Hills in the period following the Bar Kokhba Revolt,” explained IAA archaeologist, Benyamin Storchan, who is an expert on Beit Nattif lamps.

According to Storchan, the Jewish historian Josephus records that Beit Nattif was a regional administrative center during Second Temple times.  After the Jewish Bar Kokhba revolt against the Romans from 132-135 AD failed, the local Jewish population in the Judean Hills diminished and the region was settled by pagans.

The figurines attest to that, he said.  But Jewish symbols such as the shofar, incense burner and seven branched menorah also, show that Jewish life continued.

“During this period, Christianity also began to emerge and some of the Beit Nattif oil-lamps carry fish motifs, one of the symbols of Christianity.  The sheer variety of lamps and figurines therefore proves that the local population featured a mix of pagans, Christians and Jews,” Storchan said. 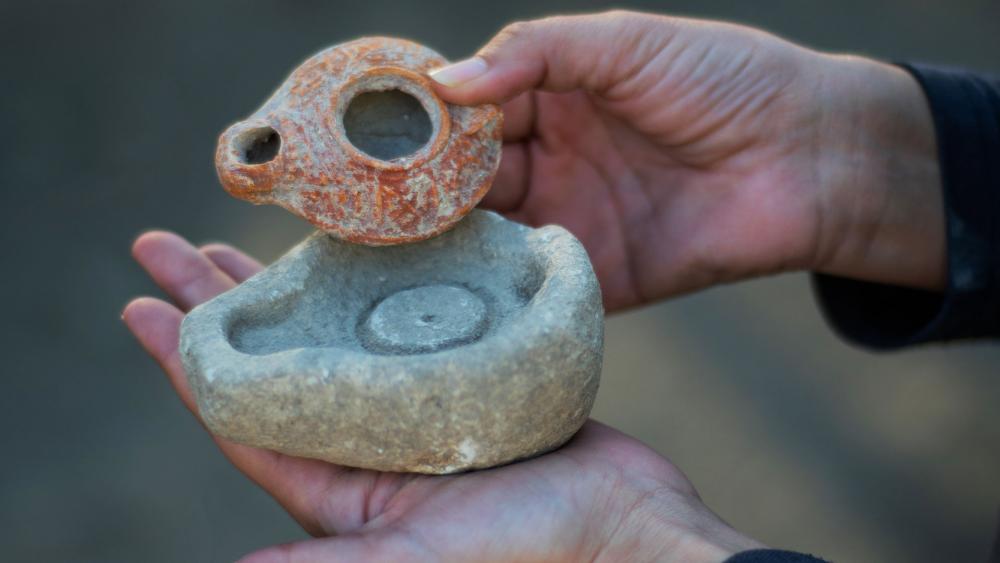 The publication of the find comes during the eight-day holiday of Hanukkah. That marks the victory of the Jewish Hasmonean fighters over their Greek-Seleucid conquers.  The Maccabees, as they were called, reclaimed the Temple but only found enough oil to burn for one day.  The Menorah stayed lit for eight days.

“The festival of Hanukkah is a wonderful opportunity to tell the public about the recovery of these oil lamps, which was the main method of lighting in ancient times,” the archaeologists said.

The IAA and Ministry of Construction and Housing plan to preserve the site and incorporate it into a park that will be open to the public. 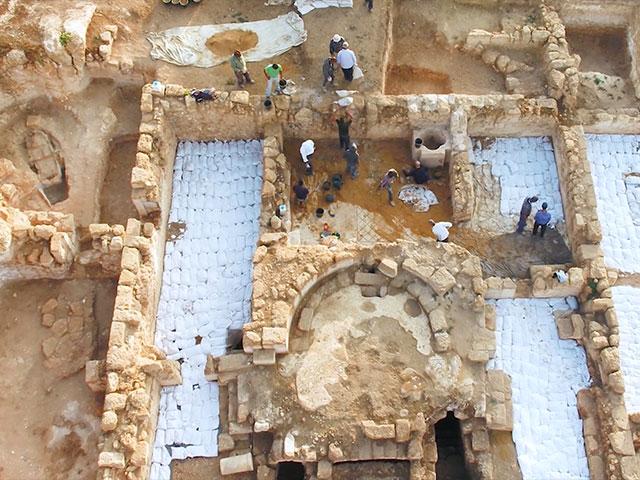 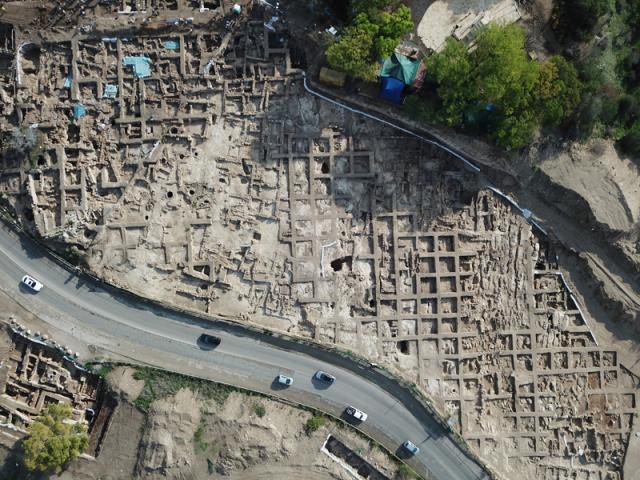