Israel’s Govt. On the Verge of Collapse, Pushing Israel Toward Fourth Election in Two Years 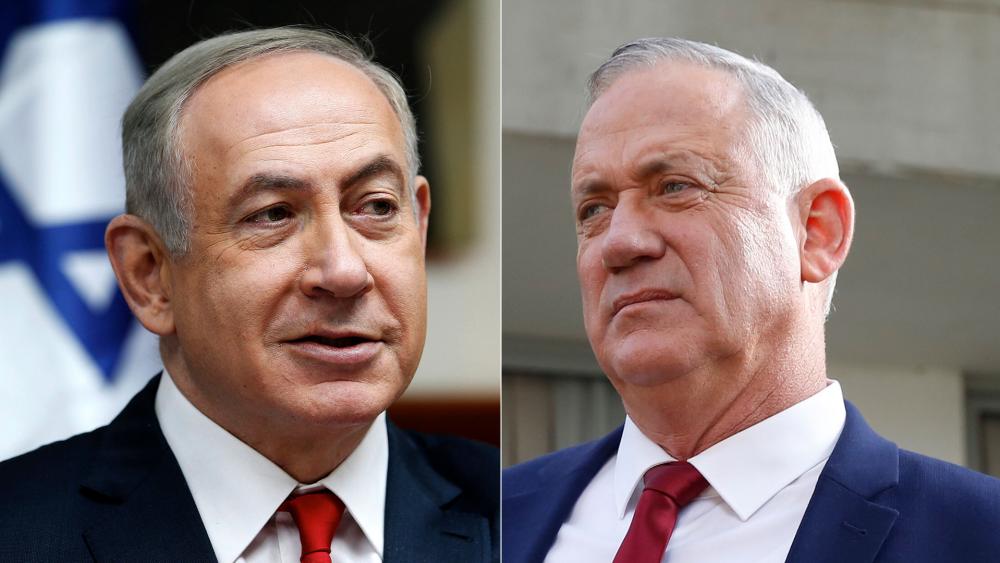 6213629704001
Israel’s Govt. On the Verge of Collapse, Pushing Israel Toward Fourth Election in Two Years

CBN News Mideast Bureau Chief Chris Mitchell appeared on the Wednesday morning edition of CBN's Newswatch to explain what Israel's government will do next. Newswatch is seen weekdays on the CBN News Channel.

The Knesset’s vote passed 61 to 54 with Gantz's Blue in White Party voting in favor of the proposal and Netanyahu's Likud Party voting against it.

Speaking at a prime-time television address on Tuesday, Gantz called Netanyahu a “serial breaker of promises” and said his Blue and White party would vote in favor of the no-confidence measure. A formal vote to dissolve the government could come as early as next week. Gantz’s decision is a warning that he has lost patience with Netanyahu but leaves the door open for emergency negotiations.

Gantz accuses Netanyahu of lying to the Israeli people by signing a power-sharing agreement he did not intend to honor. The two rivals battled each other in three consecutive inconclusive national elections before deciding to join their parties together in a unity government. According to the power-sharing deal, Netanyahu would serve as prime minister for 18 months, and then step down and hand over the premiership to Benny Gantz in November 2021, who would then serve for 18 months. Until then, Gantz would serve as Israel’s Defense Minister and Alternate Prime Minister.

“Netanyahu promised unity; he said there wouldn’t be tricks and games. But he doesn’t fulfill his promises and the public ultimately pays,” Gantz said.

Netanyahu and Gantz have failed to reach an agreement about the nation’s budget. Their agreement called for the budget to be passed in August, but they decided to extend the deadline until Dec. 23. A failure to pass a budget in the next few weeks would automatically cause the government to collapse and force the Israeli public to their fourth general election in two years.

Gantz charged that Netanyahu is intentionally delaying budget talks with the hope of leading the government to collapse, which could buy him more time to stay in power. If the budget is passed and the government remains intact, it would force Netanyahu to follow the agreement he signed with Gantz and willingly step down as Israel’s longest-serving prime minister next year.

If the government collapses, Netanyahu will remain prime minister throughout the three-month campaign season until a new coalition is formed.

“Netanyahu has decided to take apart the government and lead us back to elections,” Gantz said, calling Netanyahu’s alleged delays over the state budget “an economic terror attack.”

Believing an election is imminent, Gantz appears to have concluded that it is best for the no-confidence vote to take place while Netanyahu’s corruption trial is underway. Netanyahu is on trial for bribery, fraud, and breach of trust. He denies all allegations and claims he is the victim of a witch-hunt.

Gantz ended his press conference by offering Netanyahu a chance to save the government if he immediately passes the budget.

“The election can still be prevented by the person who is causing it,” he said, referring to Netanyahu. “If you act properly, without political maneuvers, millions of Israelis will not have to go to the polls for a fourth time in March.”

Earlier on Tuesday, Netanyahu released a video urging Gantz to keep the government together.

“Unfortunately, Blue and White is being dragged by [opposition leaders Yair] Lapid and [Naftali] Bennett,” Netanyahu said. “Lapid and Bennett don’t care if we go to elections in the middle of the coronavirus pandemic. That is their personal interest.

Netanyahu accused Gantz’s party of violating their power-sharing deal by moving forward with the appointment of a new state prosecutor. The position was supposed to be filled in collaboration with Netanyahu’s Likud Party.

“Even though Blue and White formed a government within our government, acted against it and broke coalition agreements, I ask them to set it all aside,” the prime minister said. “Benny, what has to be done now is a U-turn from politics for the citizens of Israel. That is what needs to be done, and I ask you to do that.”

Netanyahu said his party will vote against the preliminary no-confidence measure on Wednesday. The opposition, backed by the support of Gantz’s Blue and White, will likely have enough support to pass the proposal. However, it must still go through several stages before an official election is called.