Friedman: Evacuation of Jewish Residents in Judea, Samaria ‘Not an Option’ Under Trump Plan 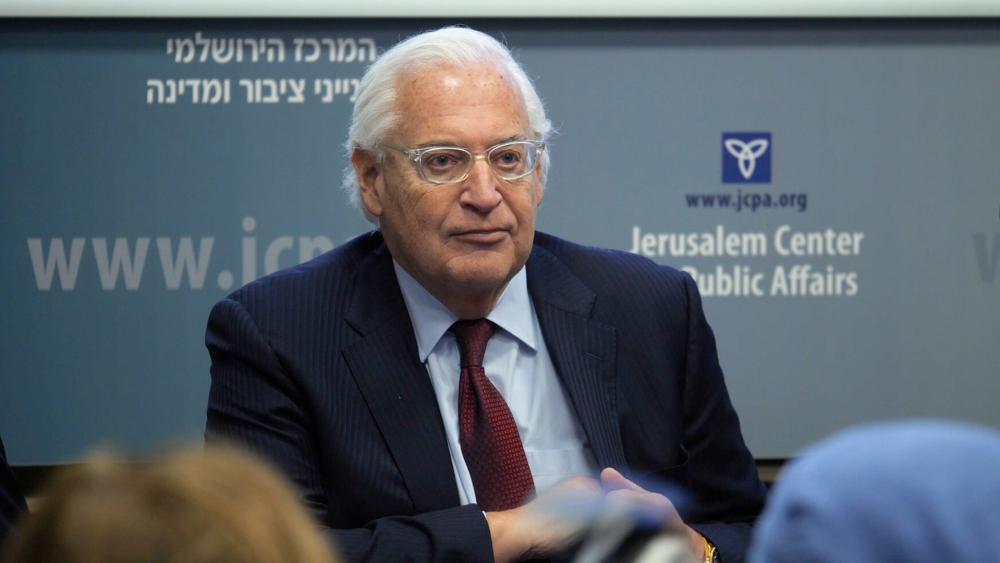 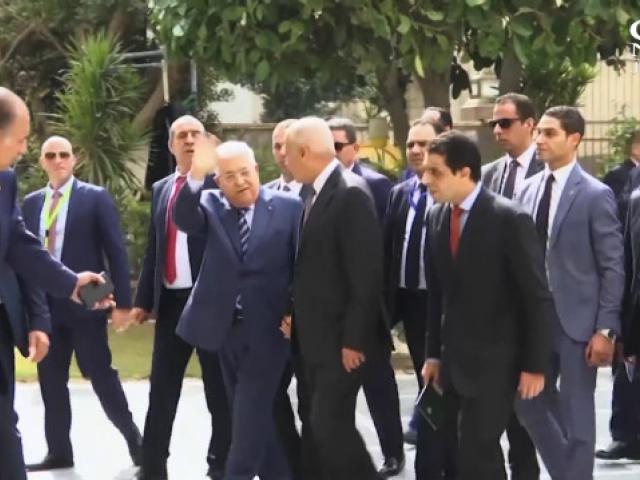 Friedman: Evacuation of Jewish Residents in Judea, Samaria ‘Not an Option’ Under Trump Plan

Palestinian leaders have rejected Trump’s Deal of the Century outright and threatened to leave the Oslo Accords of the 1990s.

But former Israeli ambassador to the United Nations Dore Gold said it’s a myth that Israelis and Palestinians have ever been close to a peace deal.

“Basically, all the previous plans there were put on the table didn’t work. If they did work we’d be having peace right now,” said Gold, President of the Jerusalem Center for Public Affairs (JCPA).

Gold worked with US Ambassador to Israel David Friedman and others to develop the current American plan.

At a special meeting at the JCPA, Friedman said a strong, secure and prosperous Israel is good for America.

“When we approach the president’s vision for peace and prosperity we begin with that foundational principle,” Friedman said.

But he said Palestinians have a lot to gain, too. They have a chance to double the size of the area they now control in the West Bank, expand Gaza and connect the two.

“For the Palestinian people they should understand that America stands with them in what I believe is their desire – a desire that they have a hard time expressing because it’s a repressive society but we stand with them and their desire to achieve a democratic, more prosperous state and we’re not putting our fingerprints on any new state that doesn’t have those characteristics,” he said.

One of the pluses for Israel is US recognition of Israeli sovereignty over dozens of Israeli communities in biblical Judea and Samaria.

In a tweet over the weekend, Friedman drew attention when he seemed to put the brakes the US recognition when he scolded Israel for moving too fast.

Israel is subject to the completion a mapping process by a joint Israeli-American committee. Any unilateral action in advance of the completion of the committee process endangers the Plan & American recognition.

He explained the US was not backtracking but that some Israelis wanted to press ahead before all the stipulations were met.

“A committee would be appointed to convert the theoretical map into something specific, following which will be an immediate recognition. Those are the President’s words, not mine,” he said. He added that he didn’t expect that process to be completed before Israeli elections on March 2.

Friedman told journalists since the 1967 Six-Day war none of the issues have been resolved and they’re not going away.

“The Palestinians in 52 years have done nothing to create any type of a political movement that provides Israel with any sense of certainty or calm or assurances that the Palestinians won’t be a threat to Israel if they were to achieve statehood,” he said.

For Israel, he said, the issues are clear – security, no evacuation of settlements in Judea and Samaria and borders.

The 2005 Disengagement from Gaza made it clear that evacuation is not an option, Friedman said. Israel removed some 8,000 Israelis from communities then in a unilateral move for peace and got rockets instead.

Now the stakes are higher.

Friedman also said the idea that the 1949 ceasefire lines are the borders of Israel is [a] non-starter. Palestinians want all that area, known as the West Bank, for a future state.