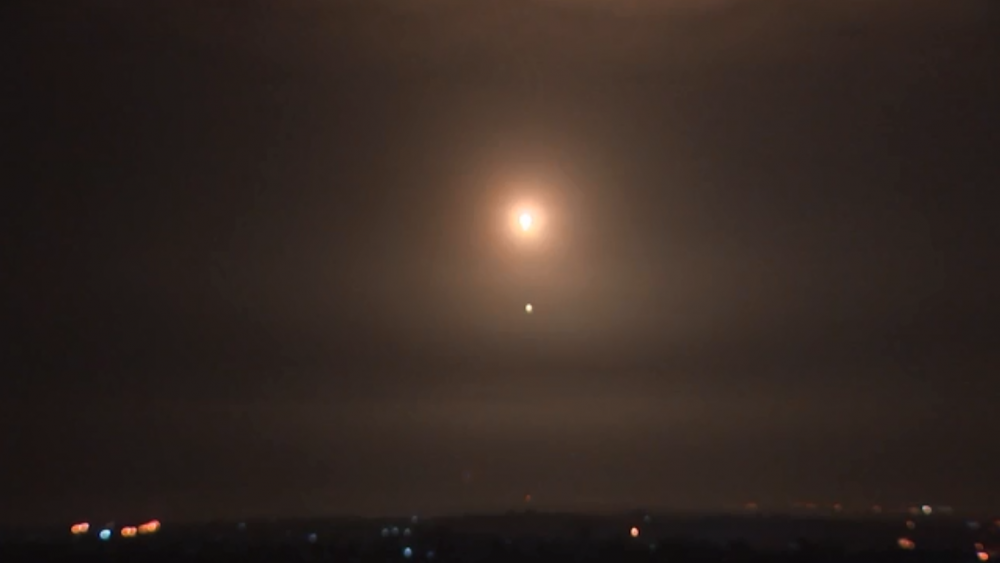 JERUSALEM, Israel – Prime Minister Benjamin Netanyahu is threatening a new war with Gaza in response to a barrage of rocket attacks from the Palestinian Islamic Jihad (PIJ) terror group in the Gaza Strip Sunday night and Monday morning.

“If you don't shoot them, we will shoot you. I'm talking about a war,” he said. “I only go to war as a last option but we have prepared something you can't even imagine."

The Israel Defense Forces shut down all schools, roads, and a railway line in Israeli communities near the Gaza border on Monday

The military also prohibited large public gatherings and urged Israelis living in southern communities not to go to work unless they are close to a bomb shelter.

The Iranian-backed PIJ terror group launched more than 40 rockets and mortar shells at Israelis on Sunday and Monday, sparking concerns that tensions will escalate and the fighting will spiral out of control. One rocket hit a playground in Sderot, but no one was injured.

Most rockets were intercepted by Israel's Iron Dome Missile Defense System while the others landed in open areas, causing structural damage in some cases. Two Israelis were treated for anxiety and injuries sustained while running to a bomb shelter.

The barrage of rockets began after Israeli troops shot dead a PIJ terrorist attempting to plant an explosive device on Israel’s security fence on Sunday.

But the third time these Islamic Jihad terrorists in #Gaza attempted to plant explosives along Israel’s security fence.

We ensured this was their last. pic.twitter.com/vqlYXIwzbK

The IDF then retrieved the body of the dead terrorist with a bulldozer as part of Defense Minister Naftali Bennett’s new policy to “hoard” the bodies of Palestinian terrorists until Gaza terrorists release the bodies of Israeli soldiers captures in the 2014 Gaza war.

“Hamas is holding the bodies of [fallen soldiers] Hadar Goldin and Oron [Shaul]," he said. "I back the IDF that killed the terrorists and collected the body. This is how we should and will act."

The military also attacked PIJ positions in both Syria and Gaza Sunday night. The IDF hit targets in Damascus, including a compound “used as a hub of Islamic Jihad’s activity in Syria.”

The IDF said the compound was used to manufacture “tens of kilograms of [ammonium perchlorate]” for rocket fuel each month.

PIJ identified that two of its members were killed in Damascus while the Syrian Observatory for Human Rights reported that four pro-Iranian militants were killed in the attacks.

"This cowardly aggression in Damascus was a reflection of the enemy's failure to confront our fighters inside occupied Palestine," the group said in a statement, adding that “we promise to God that the response to this ugly crime will come.”

The IDF also struck dozens of PIJ terror targets in the Gaza Strip.

“The IDF will respond to any terror acts of the Islamic Jihad that endanger Israeli civilians and harm its sovereignty. The IDF views the rocket attack towards Israeli territory with great severity, is prepared and will continue operating as necessary against attempts to harm Israeli civilians," the military said in a statement.

While Israel usually holds Hamas responsible for all activities in the Gaza Strip, Israel notably did not blame them for this round of attacks.

The IDF is differentiating between Hamas and PIJ and believes the latter is responsible for the majority of the recent violence along the Gaza border.

The clashes come amid reports that Israel is hoping to negotiate a long-term ceasefire with Gaza. Last week, Israel announced it would provide hundreds of new work permits for Gazans, a step towards an informal ceasefire with Hamas.

Tens of thousands of Gazans used to work in Israel until Hamas took power in 2007 and Israel and Egypt imposed a severe blockade on the coastal enclave.