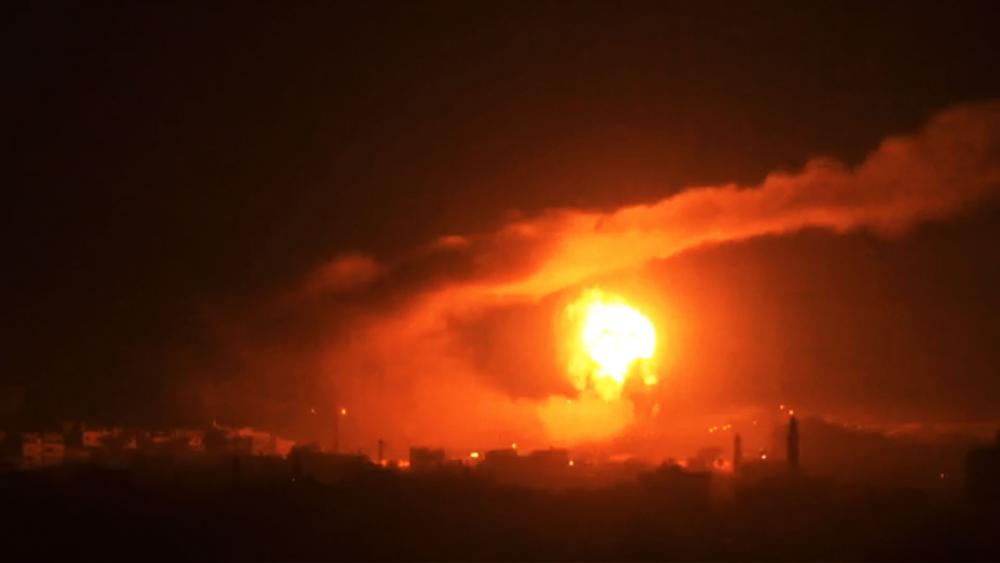 "IDF fighter jets struck Hamas terror targets in Gaza, including a weapons manufacturing site  [and]  a military compound," the military said in a statement.

Two of the rockets fired from Gaza fell in open areas while two others were intercepted by the Iron Drome.

While no one claimed immediate responsibility in Gaza, Ynet reports that the IDF believes the rockets were fired by the Palestinian Islamic Jihad terror organization, which sent hundreds of rockets towards Israel in November after the IDF assassinated one of the group's leaders, B Baha Abu al-Ata.

However, Israel holds the Hamas terror group responsible for the recent rocket fire.

"The Hamas terror organization is responsible for what is happening in and out of the Gaza Strip and it will have consequences for actions against Israeli citizens," the military said in a statement.

A group of incendiary balloons were also launched towards the southern Israeli city of Sderot from Gaza, a city spokesperson said on Wednesday evening.

This week's rocket fire is the latest in several weeks.

Last month, Gaza terrorists launched a rocket towards the southern city of Ashkelon while Israeli Prime Minister Benjamin Netanyahu held a rally there. Netanyahu was recently rushed off stage but there were no reported injuries.

Wednesday's rocket fire comes as UN officials were reportedly in Gaza to pursue a long-term ceasefire agreement between Hamas and Israel.
Hamas announced that Deputy Special Coordinator for the Middle East Peace Process, Jamie McGoldrick was in Gaza to discuss the ceasefire.

The Palestinian Authority in the West Bank criticized the reports and said Hamas was not permitted to undergo negotiations with Israel or any other party, The Jerusalem Post reports.

Meanwhile, Egypt and Qatar have also been working to enforce previously understandings between Israel and Gaza to help ease tension.