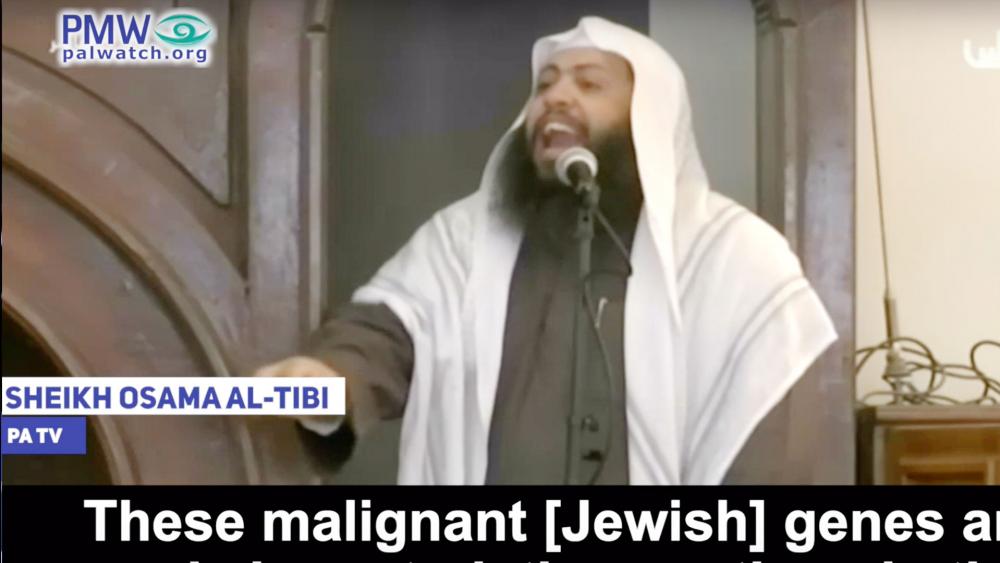 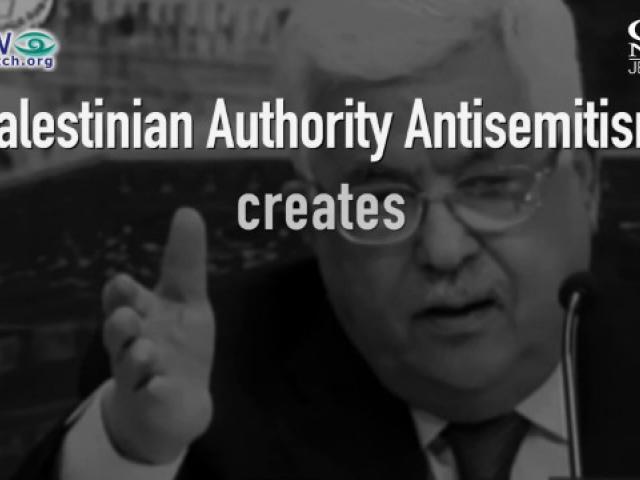 Anti-Semitism among Palestinians is among the worst in the world according to a report released in conjunction with International Holocaust Remembrance Day.  Yet, world leaders have done little to challenge it.

“Palestinian Authority anti-Semitism creates anti-Semitic Palestinians,” the Palestinian Media Watch (PMW) says in a video compiled from statements made leaders and others.

Everyone from PA Chairman Mahmoud Abbas who said on official PA television, “The hatred of the Jews is not due to their religion... but due to their social role that was connected to usury, and banks.”

To education and religious leaders:

“If a fish in the sea fights with another fish, I am sure the Jews are behind it,” said Professor of Quranic Studies, Imad Hamto, on official PA television.

"Humanity will never be able to live together with them,” said Sheikh Osama Al-Tibi, on  official PA television.

“These malignant [Jewish] genes and cursed characteristics continue in them… They inherit it from father to son,” an angry Al-Tibi shouted.

The shocking content is posted on Fatah’s official Facebook page as well as aired on official Palestinian Authority television.

“The PA’s promoting of anti-Semitism for years has turned Palestinians into the most anti-Semitic people in the world,” Marcus said in a statement.

According to an Anti-Defamation League (ADL) poll several years ago, 93 percent of Palestinians believed at least six out of 11 negative stereotypes about Jews were ‘probably true’.

Last year, in an unprecedented move, a UN committee called out the Palestinian Authority for anti-Semitism, discrimination and racism.

And children are taught to spread the message as seen on the PMW compilation.

“Our enemy, Zion, is Satan with a tail,” one little girl recited from a poem on PA TV.

“Oh most evil among creations - O barbaric monkeys, wretched pigs,” a boy recited from a poem on PA TV.

And another boy explained on television what he had been taught, “Fight the Jews, kill them, and defeat them."

In an earlier interview, Marcus told CBN News about a recent anti-Semitic film produced by the Palestinian Authority.

“They talk about Jews as planning to subjugate humanity.  The Jews built ghettos, they said, on their own because they were so arrogant.  They didn’t want to live amongst the non-Jews.  This video said that the Jews schemed together with the Nazis to burn Jews in order to have profits – to make profits,” Marcus said.

On January 27, the world marked International Holocaust Remembrance Day, on the 75th anniversary of the liberation of the Nazis’ most notorious death camp – Auschwitz.

A few days earlier more than 40 international leaders gathered to say ‘Never Again’  and pledged to combat anti-Semitism at the World Holocaust Forum in Jerusalem.

Marcus said the Palestinian declarations are dangerous because they’re telling them to impressionable youth.

“They are the messages that the Nazis were saying and the lies they were saying.  Jews want to control the world.  Jews are this.  Jews believe in racial superiority.  You hear the lies enough times, people start believing them,” he said.

Marcus challenged international leaders to take action against anti-Semitism in the Palestinian Authority.  Otherwise, he said, the recent World Holocaust Forum would have been a ‘dismal failure: a mere ceremony giving homage to the past while ignoring the present, and therefore having no positive impact on the future.” 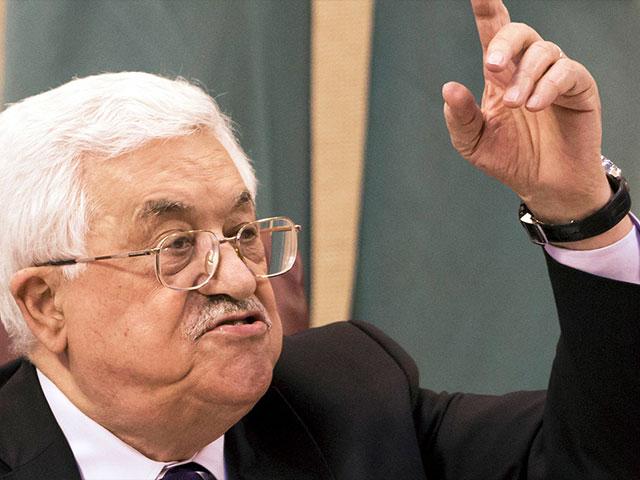 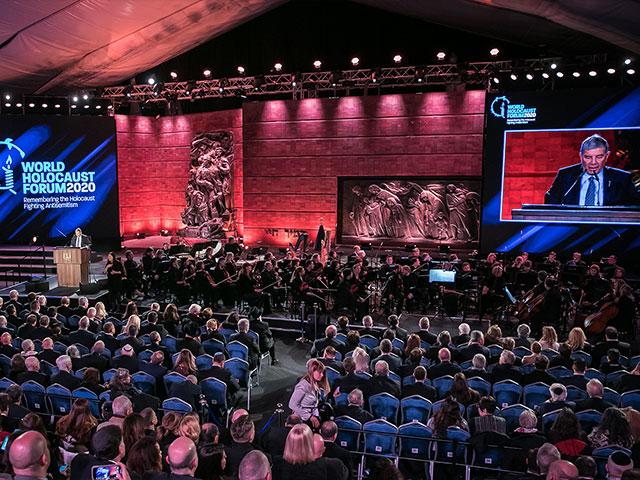