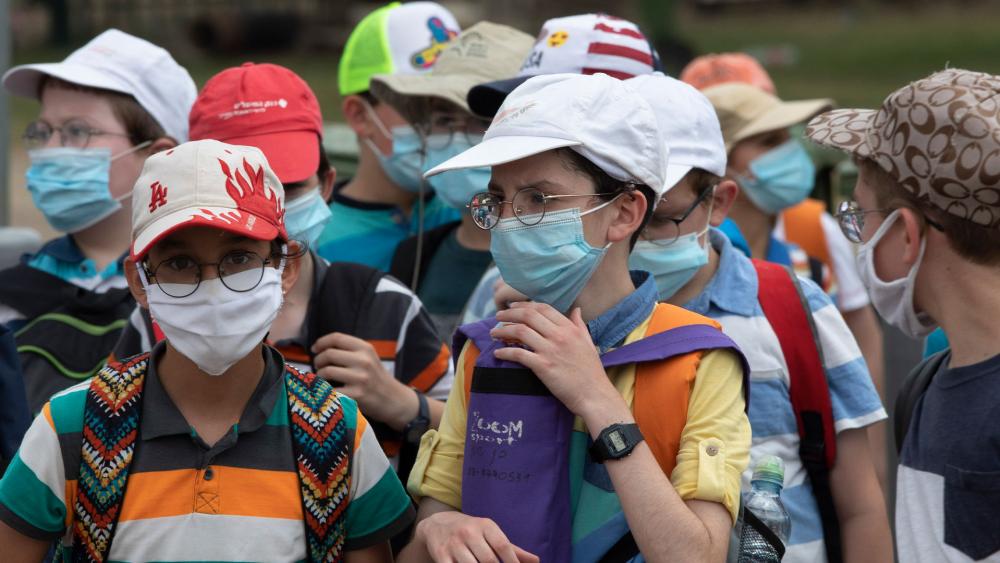 JERUSALEM, Israel –  At the beginning of the international pandemic, Israel took quick action and was hailed as a model for fighting COVID-19. Now, like other parts of the world it’s battling a second wave.

Israel’s Health Ministry reported Tuesday evening that the country had a record-breaking 1,718 new infections since Monday, the highest number ever seen in a 24-hour period in Israel since the outbreak began.

There have been some 42,000 cases in the country since the beginning of the pandemic and 371 deaths. As of Tuesday, there are 22,000 active cases.

The record-breaking new infections come as Israeli lawmakers debate how to combat the virus. Prime Minister Benjamin Netanyahu held meetings with health experts and government ministers on Tuesday, but they failed to make any final decisions about which steps they should take.

Health Minister Yuli Edelstein said if the dangerous trend in infection rate continues, Israel will have no choice but to impose a full lockdown again.

This rise in cases is combining with economic problems for a political storm.

Just days ago, thousands of Israelis gathered in Tel Aviv to protest the government’s lack of support for Israelis out of work.

"We are not working already nearly five months and unfortunately most of us have not received any compensation from the Israeli government and this is really a tragedy. How you can feed your family and pay your employees etc. after five months with zero income?” said one protester named Daniel Tieder.

The economic problems are daunting. Israel is experiencing an unemployment rate of more than 20% and one of its main industries, tourism is among the hardest hit. In Jerusalem, dozens of empty tourist busses sit parked, hotels are closed and many tourist shops shuttered.

How did Israel go from a shining example for its handling of COVID-19 to today? Some believe it’s because Israelis simply didn’t follow the three requirements for reopening: wearing face masks, maintaining social distance and observing personal hygiene.

Others argue that chaos and disunity within the government and the decision to release lockdown restrictions too soon are responsible for the intensity of this second wave. The government sent mixed messages when the Knesset overruled the cabinet by voting to keep pools and gyms open instead of shutting them down.

The crisis has led to a shortage of the COVID-19 treatment drug Remdesivir and the threat of a nation-wide strike by the nurses union who say they’re overworked. Netanyahu said the country is “one step from a full lockdown” while some hard-hit areas including ultra-orthodox areas have been quarantined.

“We respect those decisions because for us. A life is a life and it's not just another number, and we want to make sure that everybody is safe at home,” said Israeli resident Sam Levin.

All this has led to a dramatic fall in the polls for Netanyahu. In April 30% of Israelis were unhappy with his handling of the crisis, now that poll has doubled to 61%. Meanwhile, on an optimistic note, United airlines announced it will open a new route from Chicago to Tel Aviv starting this September.