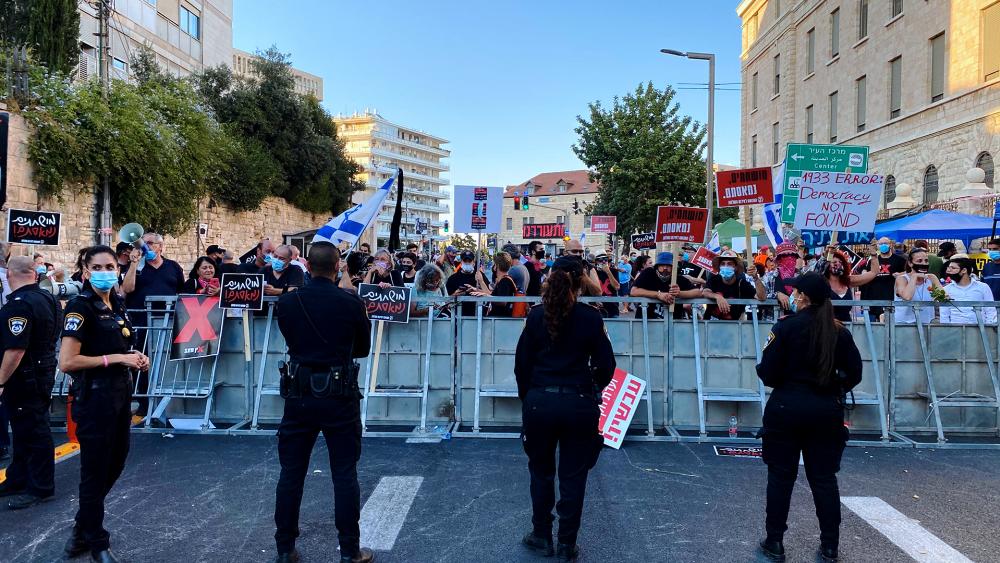 Some 4,000 people demonstrated outside of the premier’s residence to call for his resignation, citing his government’s poor handling of the ongoing COVID-19 crisis and the serious corruption charges against him.

The protests began at sundown Thursday and were largely peaceful. Demonstrators held signs, waved Israeli flags, blew noisemakers, and chanted against Netanyahu. Others gathered to protest police brutality and the killing of an unarmed autistic Palestinian man by Israeli police in May. A smaller pro-Netanyahu counter-protest was held nearby while police observed on the sidelines.

The two pro and anti-Netanyahu camps were separated by metal barricades.

Police gave the protesters until 11 p.m. to demonstrate, after which they were required to leave in accordance with the city’s sound ordinance law. Although most of the protesters had left by midnight, several hundred remained, ignoring calls by police to disperse.

“We left the protest quietly, without violence… They told us we couldn’t disperse on the sidewalk, nor in the park. We headed down the street, but apparently not fast enough for them. They started spraying us from behind,” one demonstrator named Dekel told The Times of Israel.

The water cannons were sprayed at protesters at the top of Paris Square and the bottom of the street, effectively trapping fleeing protesters on both sides.

“They were spraying us [as we tried to go] home, as we were told to do; we physically had nowhere to go. We were blocked off,” one demonstrator named Emanuel said.

Jerusalem has seen similar protests against Netanyahu nearly every day, and demonstrators vow to continue.

Earlier this year, Israel was hailed for its response to the COVID-19 outbreak after imposing a general lockdown from March to May. The cases surged again after the country quickly released restrictions.

Israel has reported more than 58,000 cases and 446 deaths since the outbreak began.

Constant infighting within Netanyahu’s fragile unity government has resulted in contradictory policies to combat the pandemic. 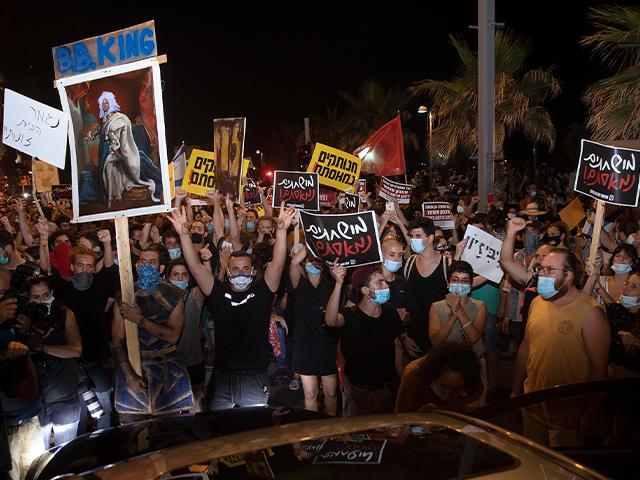