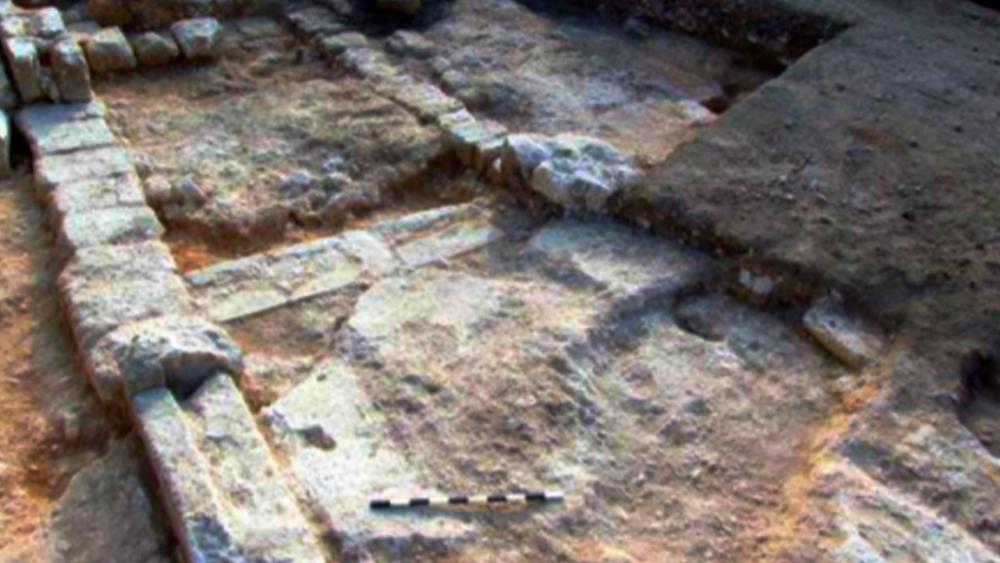 JERUSALEM, Israel – Israeli archaeologists say they have uncovered an ancient Christian settlement in Galilee that was probably destroyed when the Persians conquered the area in the 7th century.

The Israel Antiquities Authority (IAA) published the findings from the excavation in the June edition of its Hebrew language research journal Atiqot.

Researchers led by IAA archaeologist Gilad Cinamon found the remains of the Byzantine settlement at Pi Mazuva in northern Israel in 2007. The site has only been partially excavated, but archaeologists have already found remnants of the Christians who once lived there, including building complexes, a mosaic floor, cross structures, and iconographs.

“The finds at the site included a bronze cross, an ashlar limestone lintel with a cross engraving, and pottery dated to the sixth–seventh centuries CE, which comprised local types, alongside many imported ones, some adorned with crosses,” the researchers wrote.

“An interesting find is a high-quality, colorful, seventh-century CE mosaic floor adorned with floral motifs, animal and human figures, and two fragmentary Greek inscriptions. The finds at the site point to the existence of a rural Christian settlement probably destroyed during the Persian conquest of the region in 613 CE.”

Researchers also uncovered Arab-Byzantine coins, stones with crosses inscribed into them, and a rare sixth-century bronze weight. The bronze weight provides further evidence that this was an affluent Christian area.

Haaretz reports that this Christian settlement is not known in Byzantine sources but was mentioned in the Jerusalem Talmud, a collection of rabbinical notes from the fourth and fifth century.

“While for now, we have no documents from Christian sources about this settlement, all the evidence points to an almost entirely Christian population,” Cinamon told Haaretz.

The Byzantine Empire went to war with the Sasanian Persian Empire between 602 and 628 AD. The Persians, with the help of Jewish soldiers who had been persecuted by the Byzantine Christians, invaded modern-day Israel and recaptured Jerusalem in 614.

Researchers say there were about 140 Christian settlements in the region during this time and many in Galilee were destroyed in the Persian invasion.