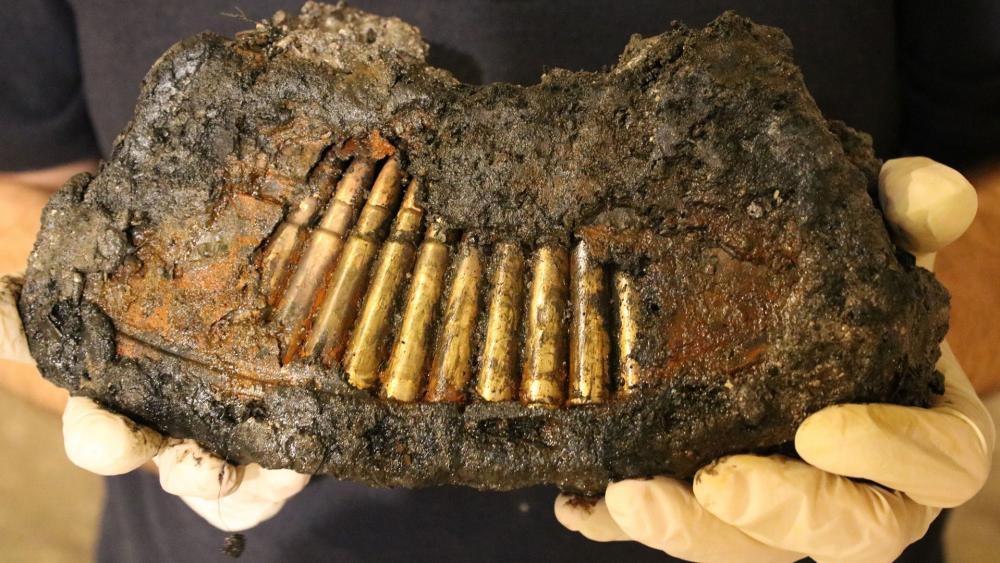 JERUSALEM, Israel – Israeli experts on Wednesday stumbled upon artifacts from one of modern Israel’s most important wars – the Six-Day War.

Excavators working underneath the lobby of the Western Wall Tunnels were surprised when they found an ammunition stash left by Jordanian soldiers from 53 years ago.

“While excavating the water cistern, a surprise awaited us: about ten full magazines of Bern light machine guns, full clip chargers, and two bayonets of a British Lee Enfield rifle. Usually, in excavations, we find ancient findings from one or two thousand years ago, but this time, we got a glimpse of the events that occurred 53 years ago, frozen in time in this water cistern,” said Dr. Barak Monnickendam-Givon and Tehila Sadiel, directors of the excavation on behalf of the Israel Antiquities Authority. 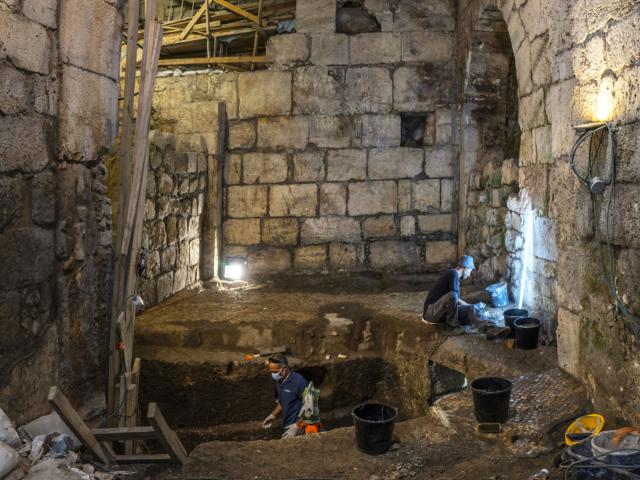 The bullets were meant to be used against Israeli soldiers when Jordan, along with four other Arab armies, attacked the young Jewish nation in 1967.

Israel won a decisive victory, recapturing Jerusalem and its holy sites, and ultimately shifting the landscape of the Middle East.

Experts believe the stash of Jordanian ammunition was purposely hidden by soldiers of the Royal Jordanian Army when Israel recaptured the city from Jordanian control.

“This is ammunition that was produced in Britain in the Greenwood and Batley Ltd factories in Leeds, Yorkshire. Based on the headstamp on the rim, the ammunition was produced in 1956 and reached the Royal Jordanian Army,” said Assaf Peretz of the Israel Antiquities Authority, who identified the ammunition. “The discovery of the ammunition stash for Bern light machine guns match two other Bren guns that were found about a year and a half ago in a different water cistern in the Western Wall Plaza, in an excavation of Dr. Shlomit Weksler-Bdolah of the Israel Antiquities Authority”, added Peretz.

The Western Wall Heritage Foundation, which is co-sponsoring the excavations with the Israel Antiquities Authority, said the discovery is a reminder of the war that reunited Israel with the Jewish people’s holiest sites.

“Along with other glorious discoveries of our nation's past from the Second Temple period, we are also happy about discovering findings from the war of this past generation to return the Jewish nation’s heart and be able to cling to the stones of the Western Wall. This discovery is a privilege for us – to be able to acknowledge the miracles of the Creator of the Universe at this site,” the foundation said in a statement.