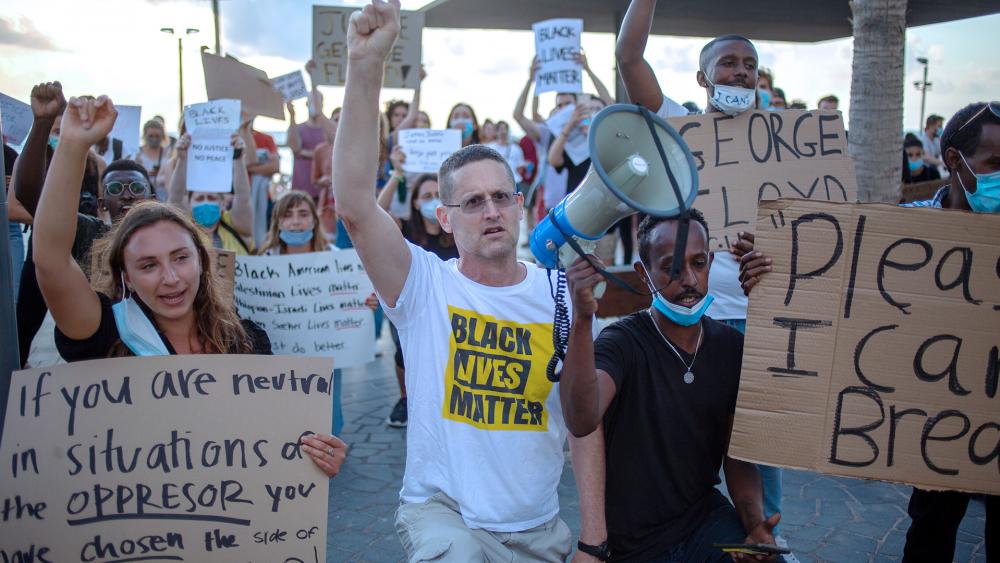 Protesters hold signs and shout slogans during a protest to decry the killing of George Floyd in front of the U.S. Embassy Branch Office, in Tel Aviv, Israel.

JERUSALEM, Israel – Hundreds of protesters gathered in Israel’s coastal city of Tel Aviv to condemn the killing of George Floyd by Minneapolis police last week and to denounce racism.

African-American Israelis, Ethiopian Israelis and allies protesting against police violence in Israel and the US outside the US Embassy annex in TLV pic.twitter.com/MWi3u3pQBC

Chauvin has since been charged with murder.

“Why am I here? I’m black…and my skin color is the first thing that people see about me, especially in Israel,” one Israeli told JNS.

The peaceful protesters stood outside the Tel Aviv branch office of the US embassy and listened to speeches given by African Americans and black Israelis.

“Imagine moving across the world, making aliyah to Israel and being worried halfway across the world if your little black brothers are [going to] die at home,” said organizer Gavirel Chichester, an African-American Jew.

Protesters chanted the name of “Solomon Tekah,” an Ethiopian Israeli teen who was killed by an off-duty police officer last year. They also demanded justice for Iyad Halak, an unarmed autistic Palestinian man killed by Israeli border police in Jerusalem last week as he walked to school.

Defense Minister Benny Gantz apologized for Halak’s death and one of the officers involved is confined to house arrest. A second was released from police custody but placed under restrictive conditions as the investigation continues.

Many protesters made parallels between Floyd’s death and Halak’s.

“I think it’s the same. We are talking about violence and it refers to everybody. It’s a very sad story,” Ethiopian Israeli Aviv Yossef told The Jerusalem Post. “We said it’s not just Africans here. It’s also Arabs. It’s the same issue – it’s about violence.”

Others disagreed over whether the two incidents can be compared.

Some black attendees thanked the protesters for standing in solidarity.

“As [an] African American woman, who is also Jewish, that lives in Israel, it is so beautiful to see,” said one protester.

Floyd’s death has sparked demonstrations around the world.

Protests in the US continued Tuesday night into Wednesday and were largely peaceful. 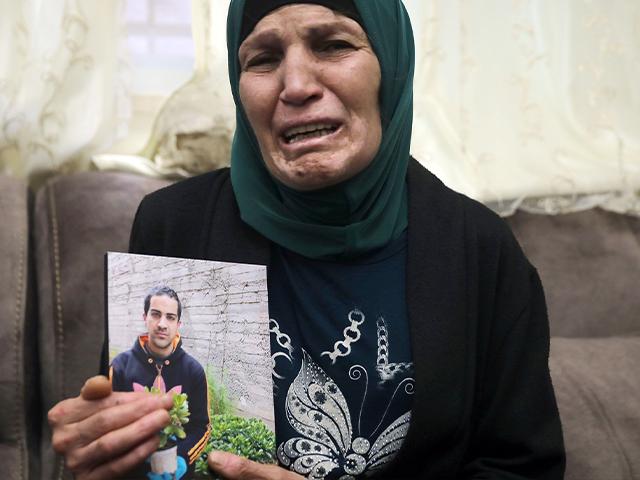