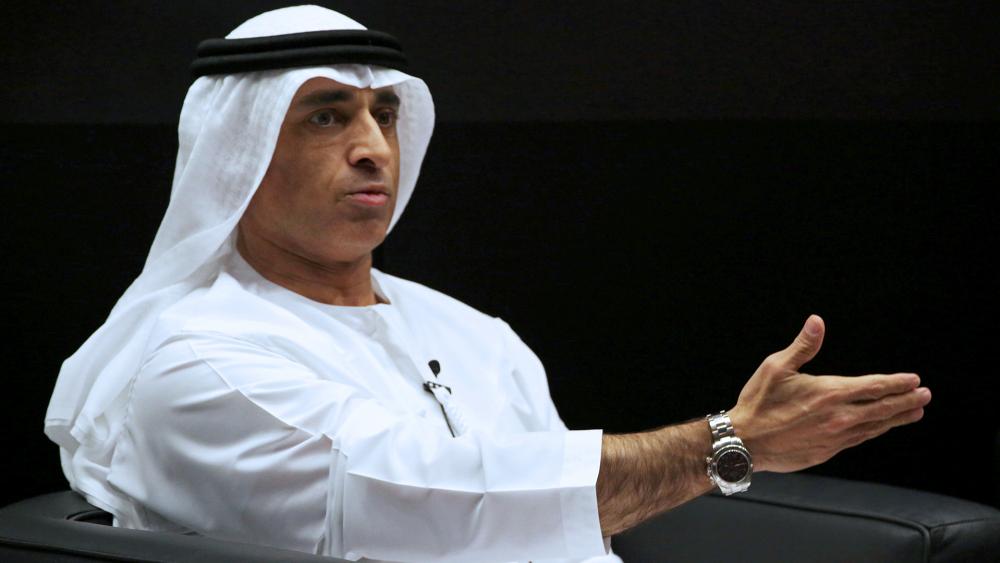 Emirati Ambassador to the U.S. Yousef al-Otaiba gestures during an event with U.S. House Speaker Paul Ryan, at the Emirates Diplomatic Academy, in Abu Dhabi.

JERUSALEM, Israel – For the first time in history, a top diplomat from the United Arab Emirates (UAE) penned an op-ed specifically directed towards Israeli citizens in one of the Jewish State’s most widely read newspapers.

Emirati Minister of State Yousef al-Otaiba’s piece addressing Prime Minister Benjamin Netanyahu’s annexation plans was published on the front page of Israel’s Yedioth Ahronoth daily. Al-Otaiba, who serves as the ambassador to the United States, urged Israelis to consider the consequences of the controversial decision to unilaterally annex large swaths of the West Bank where hundreds of thousands of Israeli settlers and Palestinians currently live.

He acknowledged that the UAE and Israel have grown closer together in recent years – united against their common enemy of Iran, hatred for Hamas, and security and technological interests. Now, Al-Otaiba warns that Israel stands to lose all the progress it has made with its Arab neighbors.

“Recently, Israeli leaders have promoted excited talk about normalization of relations with the United Arab Emirates and other Arab states. But Israeli plans for annexation and talk of normalization are a contradiction,” he wrote.

“A unilateral and deliberate act, annexation is the illegal seizure of Palestinian land. It defies the Arab – and indeed the international - consensus on the Palestinian right to self-determination,” said Al-Otaiba. “It will ignite violence and rouse extremists. It will send shock waves around the region, especially in Jordan whose stability - often taken for granted — benefits the entire region, particularly Israel.”

The UAE, unlike many Arab countries, publicly condemns Iranian-backed terror against Israel. In addition to condemning Hamas, the nation has also designated Hezbollah a terror organization.

Al-Otaiba was one of three Arab Ambassadors in the room when President Donald Trump unveiled his Mideast peace plan alongside Netanyahu in January.

“Annexation will certainly and immediately upend Israeli aspirations for improved security, economic and cultural ties with the Arab world and with UAE,” he argued.

Al-Otaiba urged Israelis to think about the positive side of its already improving relationship with his country, saying “the UAE and Israel could form closer and more effective security cooperation.”

UAE Ambassador writes in Israeli newspaper outlining the costs of annexation - versus the great potential of warmer ties.https://t.co/m5RGi3xf7t

The diplomat said the UAE is open to expanding collaborative innovation with Israel in the sectors of business, finance, water, technology, and food security.”

“As a global airline, logistics, educational, media and cultural hub, the UAE could be an open gateway connecting Israelis to the region and the world,” he said.

Al-Otaiba noted that Israel has been invited to participate in Dubai’s World Expo next year, Israeli diplomats are welcome in Abu Dhabi. He also mentioned how the UAE is building a synagogue, church, and mosque for members of these faiths can worship at its future Abrahamic Family House in Abu Dhabi.

“Just last month, a new kosher caterer launched in Dubai to serve the growing Jewish community, the first new community in the Arab world in more than a century,” he said.

“These are the carrots – the incentives, the upsides – for Israel. Greater security. Direct links. Expanded markets. Growing acceptance. This is what normal could be,” al-Obtaiba said. “Normal is not annexation. Instead, annexation is a misguided provocation of another order. And continued talk of normalization would be just mistaken hope for better relations with the Arab states.”

Al-Obtaiba said his country and much of the Arab world does not want to see Israel as the enemy, but an opportunity for partnership.

Israeli is just weeks away from July 1, the first opportunity for Netanyahu to put annexation up for a vote in the Knesset.

A poll from the Israel Democracy Institute found that annexation is supported by 50.1% of Israelis, opposed by 30.9% and 19% don’t know or did not answer. Views about the annexation are split along party lines with right-wing Israelis in favor of the move, and centrist and left-wing Israelis largely against it.

The majority of Israelis, 58%, believe Palestinians will launch a violent third intifada if the annexation becomes a reality.