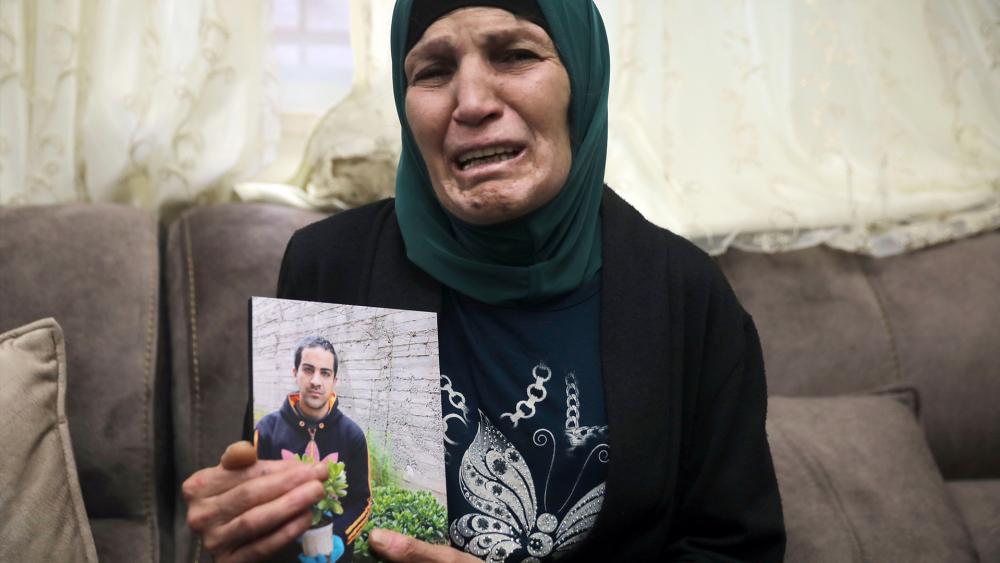 Rana, mother of Iyad Halak, 32, holds his photo at their home in eastern Jerusalem's Wadi Joz, Saturday, May 30, 2020

Israeli officers shot Iyad Halak, 32, in Jerusalem’s Old City while he was on his way to a special needs center in the city.

Police said they thought Halak was “holding a suspicious object that appeared to be a gun” near Jerusalem’s Lion’s Gate. The disabled man reportedly did not understand their calls to stop.

#Breaking: Iyad Al-Halq, 32, with special needs, shot & killed this morning at Lion's Gate in Jerusalem's Old City by cops who "spotted a suspect with a suspicious object that looked like a pistol, called upon him to stop, chased on foot, opened fire & neutralized the suspect." pic.twitter.com/vhryp0vl3J

Halak ran away while officers pursued him and opened fire. Israeli media reported that the officers fired at least seven shots at the man, who reportedly hid in a garbage room, where he was gunned down.

Israel's Channel 12 reported that police raided the family’s home after the shooting looking for evidence.

“They found nothing,” his father, Kheiri Hayak told Israel’s Kan public broadcaster. Hayak said his son walked that route to the special needs center every morning and believed Halak was holding his cell phone when police stopped him.

“We tell him every morning to keep his phone in his hand so we can be in contact with him and make sure he has safely arrived at the educational institution,” he explained.

Halak’s mother told Israel’s Channel 12 that he was “killed in cold blood.”

Police gave conflicting accounts of the incident. One commander told investigators he ordered his subordinate to stop shooting at Halak, but that order was ignored. The officer denied the commander’s accusations.

The incident is being investigated and both men were interrogated. The Israeli officer was placed under house arrest while his commander was released from custody under restrictive conditions. A lawyer representing one of them sent his condolences to the Palestinian man’s family in an interview with Israeli Army Radio.

Amir Ohana, Israel’s new public security minister who oversees the police, expressed sorrow for Halak’s death but said it was too early to “pass sentence” on the officers responsible.

Ohana added that Israeli police officers “are required to make fateful decisions in seconds in an area that has been inundated with terror attacks, and in which there is a constant danger to their lives.”

The incident revived accusations that Israeli forces sometimes use excessive force, and hundreds of Israelis and Palestinians protested Saturday evening in Jerusalem and Tel Aviv.

Demonstrators held signs that read “Palestinian Lives Matter” and some compared the incident to the killing of George Floyd, an unarmed black man who died while in police custody in Minneapolis last week.

“We are really sorry about the incident in which Iyad Halak was shot to death and we share in the family's grief, but I am confident this subject will be investigated swiftly and conclusions will be reached,” Gantz said at a cabinet meeting with Prime Minister Benjamin Netanyahu.

Halak was buried Sunday and hundreds of Palestinians marched through the streets of eastern Jerusalem chanting nationalistic slogans and calling for revenge.

The crowd’s chanted “Khaybar, Khaybar, O Jews, Mohammad’s army has begun to return” and “to the street, revolutionaries!”

The chant is in reference to when the prophet Mohammad led a group of Muslims in a violent massacre against Jews in Khaybar, located in modern-day Saudi Arabia.