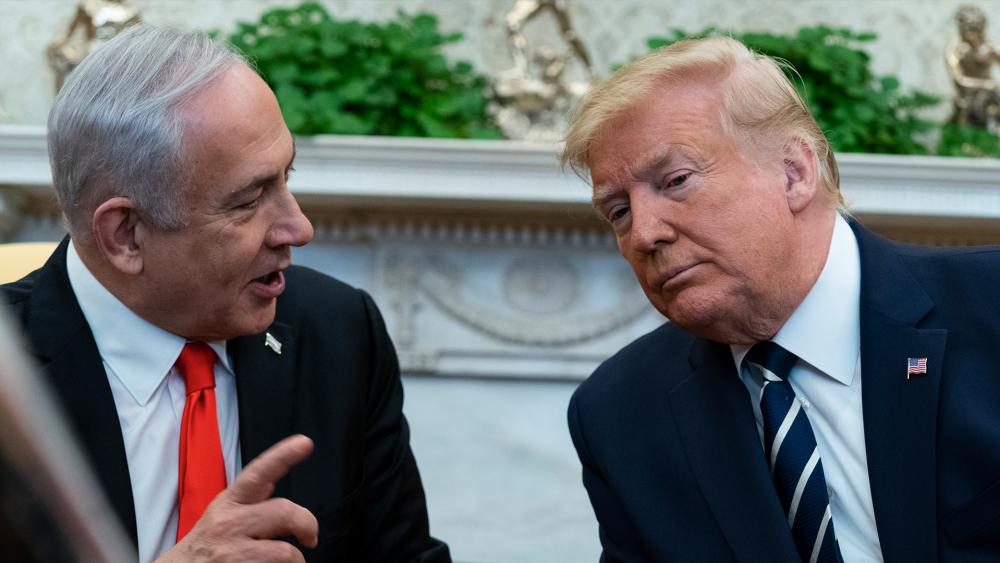 JERUSALEM, Israel – President Donald Trump is set to make a critical decision about what position the United States should take over Israel’s contentious plans to annex parts of the West Bank – biblical Judea and Samaria, The Jerusalem Post reports.

Trump’s Middle East team will meet in Washington beginning on Tuesday to discuss how the US should move forward as Israel’s Prime Minister Benjamin Netanyahu pushes to begin extending Israeli sovereignty to approximately 30 percent of the West Bank and Jordan Valley – as mapped out in Trump’s peace plan – as early as July 1.

Netanyahu is counting on Trump to back the annexation plans, especially because most of the international community views the West Bank as occupied territory and considers unilateral annexation as a violation of international law.

The Trump administration has sent Israel mixed signals over whether the US supports immediate annexation since the rollout of Trump’s Israeli-Palestinian peace plan in January. Initially, the administration approved of Israel’s plans, then hit the brakes. Now, many suspect the White House is reconsidering its position.

The White House originally approved the annexation in the context of its plans to resolve the Israeli-Palestinian conflict. However, Palestinian leaders have outright rejected the plan and Netanyahu distanced himself from parts of the deal that call for the establishment of a Palestinian state and stopping the expansion of Israeli settlement communities in the West Bank.

The administration wants Netanyahu must come to a consensus agreement about annexation with alternate prime minister Benny Gantz. Gantz and Netanyahu are divided over annexation, with Gantz arguing that annexation should only be done in the context of Trump’s peace plan and should not be a unilateral decision. Gantz publicly rejects annexing areas with “many Palestinian residents.”

One of those areas is the Jordan Valley where approximately 55,000 Palestinians and 12,000 Israeli settlers live. Netanyahu has said he will not offer citizenship, social or medical benefits to these Palestinians living under Israeli law.

Gantz is also concerned that annexation will spell the end of Israel’s peace treaty with neighboring Jordan, whose King Abdullah II has warned of “massive conflict” with the Hashemite Kingdom if annexation occurs.

Netanyahu and his right-wing allies argue that Israel has a historic and unprecedented opportunity to extend sovereignty to Israel’s biblical heartland. However, many on the Israeli right, including settlers themselves, express concern that annexation would leave some Israeli settlement communities vulnerable to a future Palestinian state. Many in Israel also fear a new intifada-like Palestinian uprising if the annexation occurs.

The New York Times reports that US Ambassador to Israel David Friedman and Jared Kushner, who spearheads Trump’s Middle East team, do not see eye-to-eye over annexation. Friedman aligns with Netanyahu in believing that Israel must seize the opportunity to extend sovereignty now instead of risking Trump losing the November elections.

Kushner, on the other hand, is urging Israel to delay its annexation plans and is more focused on the overall success of the peace plan and how it could reshape the Middle East.

Evangelical author Joel Rosenberg says most evangelical Christians in America are not aware of the annexation debate happening in Israel right now due to pressing domestic matters.

“American Evangelicals deeply love Israel but they are not paying one bit of attention to the debate over annexation. They certainly will if it creates a new explosion or international condemnations of Israel. And Trump is unlikely to get any electoral bounce among Evangelicals by giving Israel a green light to annex,” he wrote in a column for The Jerusalem Post.

Rosenberg urges Christians in America to pray for the peace of Jerusalem and for wisdom for Israeli and US leaders.