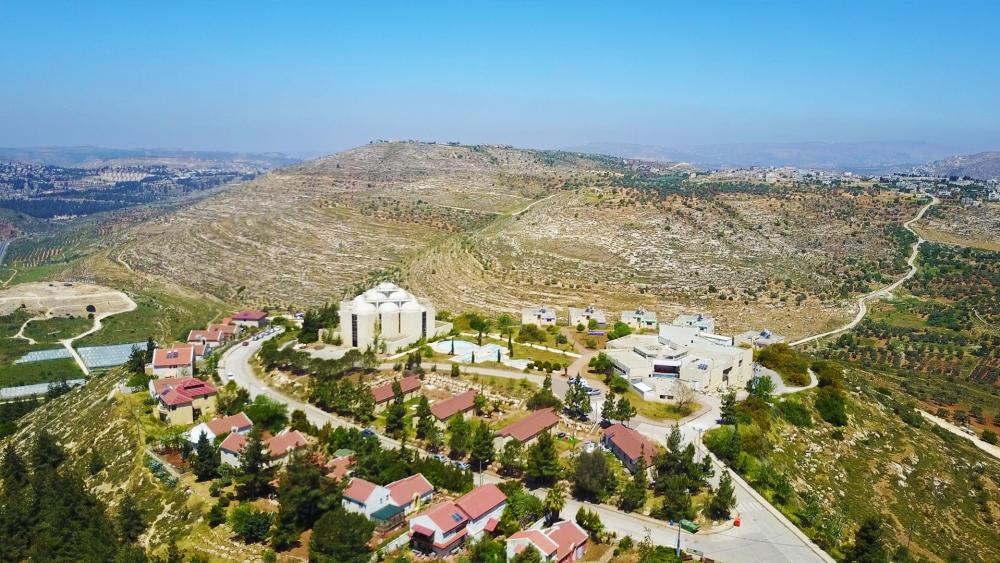 David Parsons, an attorney, and VP of the International Christian Embassy of Jerusalem argues that the term “annexation” used by Israeli leaders and others is misleading because Israel is not seizing land.

The modern city of Shiloh in Samaria

US President Donald Trump’s so-called “Deal of the Century” triggered the possible claim to the land.

Middle East analyst and author Joel Rosenberg told CBN News, “In President Trump's peace plan, he's basically saying, ‘Listen, the Palestinians will get more territory if they accept a state and all the other conditions than they have currently. But they won't get all the same territory that they currently want. But about 30 percent of what's known as the “West Bank,” generally known as “Area C,” will actually go to Israel. And what's interesting is that President Trump has said, if the Palestinians won't come to the table right away, Israel can start the process of incorporating this 30 percent – up to 30 percent – into the modern, sovereign State of Israel.”

After meeting with advisors to both Netanyahu and Alternate Prime Minister Benny Gantz, Rosenberg said they don’t see eye-to-eye on this issue. Netanyahu’s advisors see the move as a historic opportunity to incorporate biblical lands into modern Israel.

Gantz’s advisors support Trump’s peace plan but argue the timing is wrong and is not worth destabilizing the region and jeopardizing Israel’s peace treaty with Jordan.

“There are around 15 significant Israeli settlements that will probably be dried up,” said Parsons. “It doesn't force them to leave, but they'll probably have to leave on their own because they don't see any future as a little enclave … surrounded by a Palestinian state.”

While the plan allows Israel to vote for sovereignty, it would also establish a Palestinian state under certain conditions. First, the Palestinian Authority must recognize Israel as a Jewish state, renounce terrorism, stop incitement, and end payments to convicted terrorists.

Efrat mayor Oded Revivi said once the Palestinians accept those conditions, Israel can start negotiations that can take up to four years.

“The American ambassador [said] that the Palestinians will turn into Canadians. I prefer the biblical expression, that wolves will turn into sheep, and then the reality will look completely different,” Revivi told CBN News.

Some argue it’s unlikely the PA will turn into sheep. Others say the Bible warns against giving away land God promised to the Jewish people and changing God’s boundaries.

“It's difficult to even explain it this way, but I've followed the pattern for 20 plus years, Chris, and this pattern fits. That the God of Israel is not pleased about dividing Judea and Samaria for a future Palestinian State, especially Judea and Samaria,” said Bill Koenig, author of Eye to Eye: Facing the Consequences of Dividing Israel and founder of Koenig World Watch Daily.

Koenig said he’s witnessed more than a 20-year pattern where the US reaps consequences when it forces Israel to give away its God-given land.

“I've been documenting what happens when the United States applies pressure on Israel to divide their covenant land. In my book, Eye to Eye, I had documented 127 events through Hurricane Harvey that happened at the time, or right at – within the first 24 to 48 hours of US pressure on Israel to divide their covenant land, starting with the perfect storm, going to 9/11, Hurricane Katrina, Hurricane Harvey and, unfortunately, life in America before January 28. And then on January 28, when the plan was delivered, and what has happened in America and around the world after January 28th. According to Coronavirus, it has been a very significant event. And it fits the Eye-to-Eye pattern that I've documented for 20 years,” said Koenig.

Parsons explains the plan would also put many important Jewish and Christian archeological sites under a future Palestinian state.

“There are hundreds of other important Bible sites to Jews and Christians throughout all these areas that will probably be lost. And the Palestinian Authority already has a record of not being a real guardian and custodian of these sites. In fact, the record shows they try and erase it and replace it with their own Islamic narrative,” he said.

“So, in some ways, the king of Jordan is like a man sitting on a volcano, surrounded by a forest fire, worried about an earthquake, that the earthquake could cause the volcano to blow. Could annexation by Israel of territory that is very disputed, very controversial, could that be the earthquake that causes Jordan to blow? I wrote a whole novel series about the potential of the Hashemite monarchy being overthrown. This is not something that we want to see. That would create enormous instability in this region,” said Rosenberg.

Rosenberg, who has met with a number of Arab leaders, questions if this is the right time for annexation.

“If you look at the Gulf States, I think they think this complicates their effort, their desire to move steadily towards peace with Israel. Because of the Iran threat and because they don't have borders with Israel, and most people in Saudi and other Gulf states aren't personally involved with this conflict, I don't think their feelings run quite as deep,” he said.

Rosenberg added that most US evangelicals aren’t aware of the current Israeli sovereignty debate given how COVID-19 and domestic turmoil dominates their attention. But he says it’s an important time to pray for wisdom for Israel’s leaders and for peace.

“Israel is just coming out of the COVID crisis,” said Rosenberg. “It's handled it much better than many countries of our size, but it's still an issue. People are out of work, many of them, and we need tourism. We need among other businesses, we need tourism to come back, and just at the moment, we're doing better with reopening the economy. If an explosion of violence or tension emerges, American Christians, others around the world, will not come in the numbers that, you know, Israel could use. So, it goes back to the central question. Why is this summer different from all other summers? How should Israel handle it?”