Even a Pandemic Can’t Stop Jewish Immigration to Israel 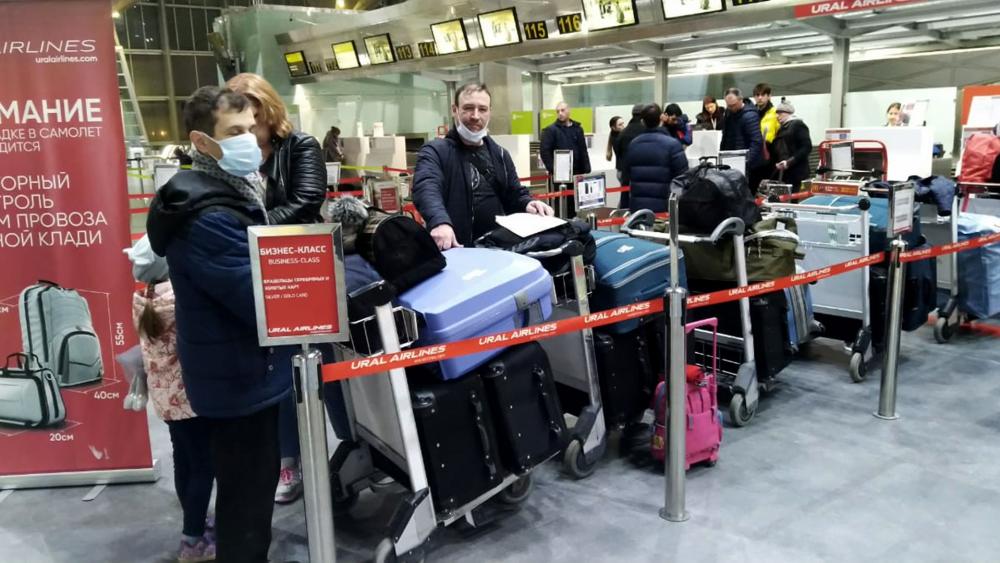 JERUSALEM, Israel - Many countries are closing borders to foreigners due to the coronavirus and urging their citizens to come home.  Israel is following suit with one exception: welcoming Jewish immigrants to make “Aliyah” even during this crisis.

While the special festivities that usually welcome these immigrants, called ‘olim’ in Hebrew, are on hold, people are still completing their journey.

“Aliyah never stopped to Israel and it doesn’t stop now, even with the Coronavirus,” said Shay Felber, Deputy Director General of Jewish Agency for Israel, the quasi-governmental organization responsible for immigration to the Jewish State.

“For 72 years we are bringing olim to Israel and we will continue to do it,” Felber told CBN News.

Nefesh b’Nefesh works with the Jewish Agency to bring these immigrants from North America.

“Most of the olim that are coming have begun their planning stages a long time ago,” said Yael Katsman, Vice President of Communications at Nefesh b’Nefesh.

“People are seeing the pandemic stretching from both sides of the ocean, I think it was giving them a lot of security to come to Israel, where they feel the crisis is being managed as best as possible,” Katsman told CBN News.

Tzvi and Aviva Karoly came from New York with their children, 14-month old Lani and 5-year-old Adi, although they faced an immediate 14-day quarantine.  CBN News met the family by video while they are in isolation.

“We didn’t specifically plan on coming during coronavirus. We planned on coming in March and it happened to be. We weren’t going to change our plans for it,” Tzvi said.

The Karoly’s had an apartment waiting for them.  Neighbors, whom they don’t yet know, left food outside the apartment and brought toys for the children.  Aviva said she was thankful to those who had helped – some who left gifts even without names.  There was also a Christian group called Operation Exodus that gave them aid.

“We would just like to give immense gratitude to many people who helped us to get to this point. Nefesh b’Nefesh, who has taken care of all the logistics, to Operation Exodus, which is an organization that not only helped supply us financial support since our moves but has constantly been there to give emotional support and check-in on us and give us emotional reinforcement through everything that’s been going on,” Aviva said.

Aviva had this advice to those who might be considering making Aliyah.

“There is never a perfect time but it’s always the right time. And so just come here because the people of Israel are wonderful,” Aviva said.

David Parsons, Vice President of the International Christian Embassy Jerusalem, said the ICEJ is currently helping bring in people from Russia and Ethiopia.

“Some Jews are saying, look Israel seems to be doing better than others and especially the Jews from Russia,” Parsons told CBN News.

“And it’s not only the coronavirus that’s hitting Russia but the steep drop in oil prices, the Russian economy depends on it. And so there’s a lot of Russian Jews that have actually moved up their Aliyah,” Parsons said.

More than 900 new immigrants have arrived in just the last month. The Jewish Agency for Israel expects there will be more than 1,000 by Passover.  Given the current situation, they have prepared a video to help newcomers through the process.

“There’s a very strict process,” said Felber. “We prepare them. They have to sign a legal document that they are declaring when they land in Israel they will go to quarantine. Once they are landing at Ben Gurion airport, actually they go for a digital process, where they get an oleh (immigrant) certificate on the What’s App, going home to quarantine and when they’re finishing the 14 days of quarantine to go to claim the entire benefits and rights that are waiting for them in Israel,” he said.

During the 1991 Gulf War, new immigrants received gas masks due to the threat of chemical warfare. Felber says such events don’t stop Aliyah.

“Every crisis brings opportunities and we estimate about this crisis, many, many people in Jewish communities around the world will suffer from economic problems, obviously in Italy and other places,” Felber said.

“I estimate that if Israel will overcome this crisis, a natural outcome because I’m sure we will overcome the coronavirus itself, then obviously people will come to live in Israel,” he added.

The Bible says God will bring his people back to Israel from around the globe and apparently even a worldwide pandemic won’t stop it.