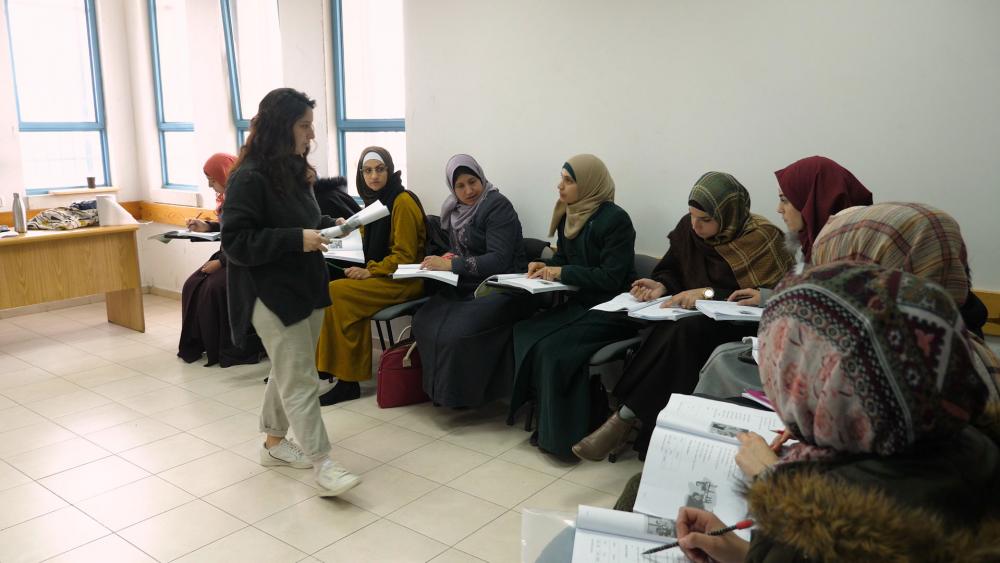 JERUSALEM, Israel - The fight over Middle East peace often captures headlines but that’s not the total picture of Israeli-Palestinian relations. One Jewish organization is helping Jerusalem Arabs learn Hebrew so they have a better chance for success.

At the community center in Sur Baher, an Arab neighborhood nearJerusalem, special Hebrew classes are offered to some of the 40,000 residents in the area to help them integrate into Israeli society.

“If you live in any place, in any state and you don’t know the language of the place, of the people who live there, it will be difficult to continue your life normally,” Community Center Manager, Khaled Abu Kaf told CBN News.

Abu Kaf says there’s been an upsurge in interest to learn Hebrew recently especially among women.

“The daily life of the people is with the Israeli community and society and they need it all the time in the super (market) and the hospitals, in the road, in the bus, in the train. Everywhere they need the language,” Abu Kaf said.

The other important aspect is that the class is sponsored by a Jewish group, the Institute for Zionist Strategies (IZS).

“We see there is a huge demand for Hebrew.  People understand that, you know, that the situation is going to be more or less the same for the foreseeable future and they understand they need this language,” said IZS Project Manager, Nicolas Nissim Touboul.

“We care about making Israel a better place. We care about taking care of everybody that lives under Israeli sovereignty. So, it’s very important for us to engage this population and give (them) the best tools for integration,” Touboul told CBN News

Touboul says they have been holding separate classes for men and women for more than a year.

“So, we really believe that engaging this population is the best way to make Jerusalem better for all,” Touboul said.

CBN News visited one of the classes – a class for women that meets once a week. It’s nine weeks into a one-year course.

“I wanted to learn Hebrew because my children are learning Hebrew in school and I want to study like my children,” said Maisa Qutairy, a mother of five.

“I studied Hebrew for myself first, and also to teach my children. I have a child that is autistic, and he doesn’t understand the teachers as he does with me. So, I learned Hebrew to help him understand better,” said Hiba Dabash, a mother of three.

Qutairy and Habash say it’s important for them to learn Hebrew.

“Like our lives – we’re going shopping, to the hospital, everything in life (is in Hebrew),” Qutairy told CBN News in simple but very good Hebrew.

“We are living in a state with Jews and Arabs. We deal a lot with the Jews. So, we need the Hebrew language, because we frankly live with each other,” Dabash told CBN News.

Their teacher Noa Gottlieb is an Israeli university student, who saw the ad for a teacher on a Facebook post.

“I love it.  They are really amazing ladies.  They’re really enthusiastic and want to learn.  They have a lot of motivation to improve and know a bit more.  I think it helps them in their day to day lives,” Gottlieb told CBN News.

But Gottlieb said the learning goes both ways and forced her to pop the bubble she was living in.

“I came here to do this (teach Hebrew) just because of the bubble popping, just to get out of your comfort zone, known zone and to see new things, to discover the real situation of this country -- to know that they don’t hate me, and I don’t hate them,” she said.