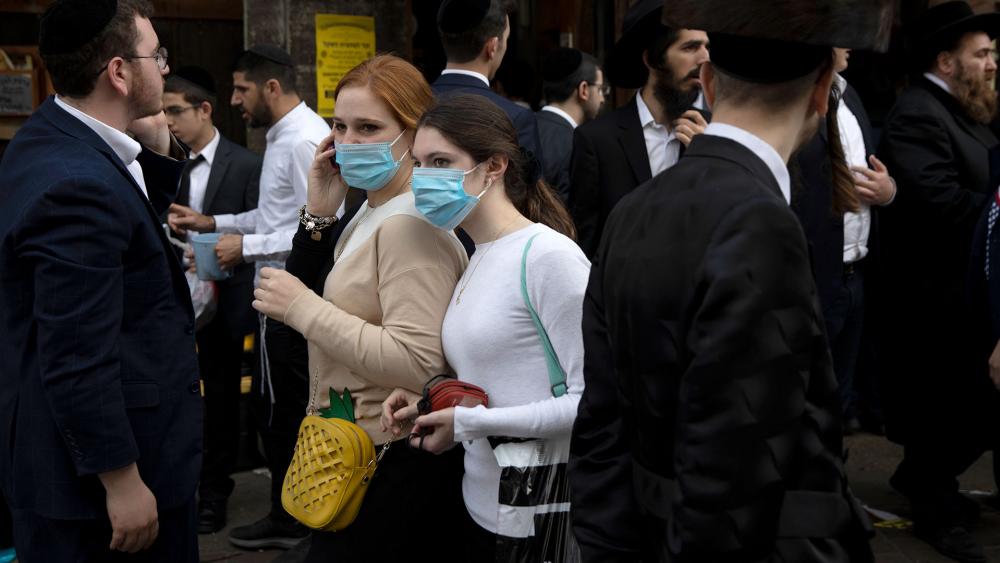 JERUSALEM, Israel – The coronavirus pandemic may force political rivals Prime Minister Benjamin Netanyahu and Benny Gantz to come together to face the crisis as a united nation with a united government.

The two leaders discussed putting aside differences on Thursday to set up an emergency government to effectively manage the coronavirus while the number of COVID-19 cases climb every day in Israel.

Both Netanyahu’s Likud Party and Gantz’s Blue and White Party expressed support for a unity government immediately – which would finally give Israel the stable government it has been missing for a year.

“I informed [Netanyahu], that in any case, I plan to help out any activity related to the good of the public on this subject,” Gantz said in a statement Friday morning.

However, it is unclear what will be done with the Joint-List of Arab majority parties which saw record gains in March’s election.

Netanyahu said the “terror supporters cannot be part of the government — not in regular times or in an emergency,” referring to the Arab majority parties.

Gantz said he wanted a unity government that would “include representation of all parts of the house,” which was interpreted as a desire to see the Joint List, the third-largest party in the Knesset, included in a unity government.

As of Thursday evening, 126 people in Israel have been infected with COVID-19, including a 6-month-old baby. Two patients are in serious condition, five are in moderate condition, and 119 are in fair condition. No one has died.

Netanyahu ordered all schools and universities to be closed until the end of the Passover holiday next month. Preschools, special education,  and at-risk youth centers will remain open.

Netanyahu also called on Israelis to “refrain as much as possible from gatherings in general” including weddings, funerals, movies, games, and other events.

Synagogues must limit attendance to 100 people per the Health Ministry’s request and chief rabbis urged the public not to visit the Western Wall.

In this week’s Torah portion, God commands (Exodus, Ch. 30, V.21): “And you shall wash your hands ... and you shall not die.” Let’s all heed that advice, along with that of our health experts, and together we will arrest the spread of Covid-19. Stay safe and Shabbat Shalom!

Israel has also taken the unprecedented step of requiring all international travelers to be quarantined for two weeks upon arrival. the ruling is having an enormous impact on tourism and the economy.

Many see it as a death-blow to Israel’s tourism industry. “Groups will not show up. If they have to be isolated for two weeks, they cannot come for a week,” said Groner.

Some Israeli airlines plan to stop international flights. One called it a death blow to Israeli aviation. The finance ministry estimates the requirement could cost the economy nearly $1.5 billion a month. The government said those travelers already in the country will need to leave “in an orderly fashion in the coming days.”

CBN News met a group of tourists just before they headed home. While most were unaffected by the coronavirus some were unable to attend church because Israel has restricted public gatherings to one hundred people.

“[The church greeters] were very positive and reassuring that they loved us and they cared for us but it was a government edict that no public gatherings for allowing tourists that had been in the country for less than two weeks, fourteen days,” said Eric Elmer, a Christian pilgrim from Michigan.

Perhaps the most severe case was a tour group from Alabama that was quarantined in Bethlehem when they were exposed to the coronavirus at a Bethlehem hotel.

"We don't move, we stay on our hallway, we don't leave our hallway. but even among our team members, we don't get close to each other,” said Pastor Chris Bell.

They have now been able to leave, but even before that Pastor Bell was upbeat. “We're trusting God every day that he has a plan in all of this, and he's going to see through it. and we're just trying to be faithful every day,” said Bell.

Others looked to God too.

“So grateful we could come and we’re trusting God to take care of whatever it is we face,” said Christian pilgrim Cheryl Elmer.

As a tour guide, Groner looks forward to the end of the coronavirus crisis. “Israel is a beautiful place. A safe place to visit. Come and visit us. Once this is over, come and visit us.”

Until then, Israeli leaders are doing everything they can to curb this crisis and limit potential fatalities.

Netanyahu called the pandemic “a global event unlike anything” the country had seen. He warned that “the potential number of deaths is very high and we must take action to prevent that.”