‘We Are at War With an Invisible Enemy’: Israel Shuts Down as Coronavirus Cases Rise to 250 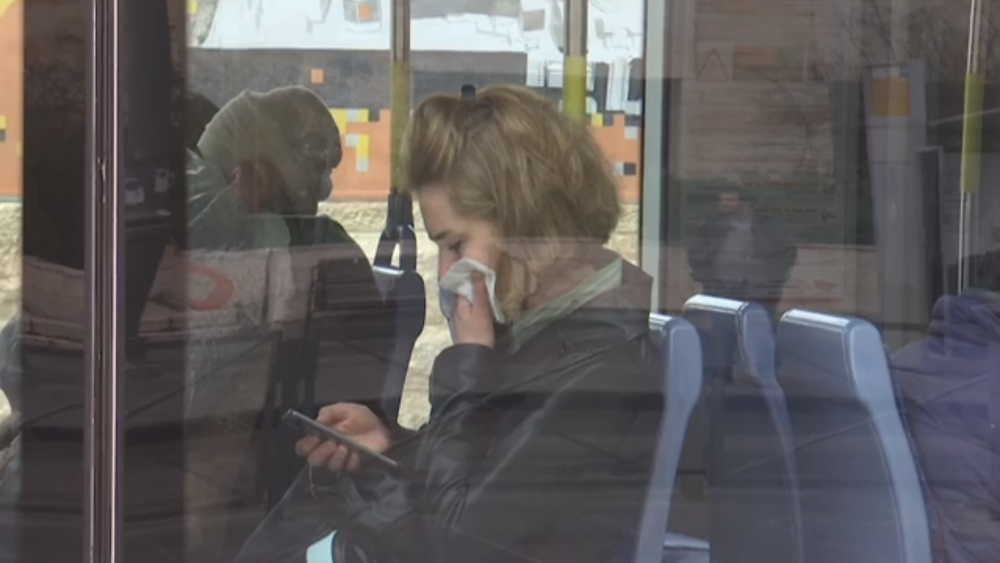 JERUSALEM, Israel – The number of coronavirus cases in Israel reached 250 Monday morning after doctors saw a spike in some 50 cases in just 24 hours – the largest single-day increase in Israel since the outbreak began.

More than 90 percent of COVID-19 patients in Israel have minor symptoms, 11 people are in moderate condition and five are critical, the Health Ministry said. Four Israelis have recovered from the deadly virus.

Of the 250 people infected by coronavirus, more than a dozen of them are doctors who are suspected of having been infected by their patients.

No one has died from the virus in Israel.

Like most parts of the world, this pandemic has forced Israelis to radically change their way of life.

No More Business As Usual

Prime Minister Benjamin Netanyahu announced on Saturday night a list of new strict regulations to combat the spread of COVID-19.

He ordered all educational institutions to completely shut down, including daycares and youth programs, beginning on Sunday, Mar. 15. All gatherings of groups larger than 10 are strictly forbidden.

All entertainment centers, movie theaters, bars, restaurants and hotel dining rooms are to be shuttered as well.

"It's just such a strange situation, it's dystopian, its worse than any war we've had," said an Israeli bartender named Avi Baruch. "We are now doing only take away, we're sending out food but no one is ordering because people are afraid to open their doors. There's no income, we're worried about rent, we worry about bills, we don't know what's going to happen."

Supermarkets and pharmacies will remain open and the government urged Israelis not to panic and overcrowd stores in a rush to get supplies.

“This is a battle for public health,” Netanyahu said on Saturday. “We are at war with an invisible enemy…We are adjusting as things develop. The situation is dynamic.” But, he said, “we can beat it.”

The Health Ministry said “for now” people will be allowed to go to work but urged employers to make arrangements for employees to work at home.

No foreigners are allowed in Israel unless they can prove they can be in self quarantine for a period of 14 days.

Mass Surveillance to Track the Virus?

The Israeli government on Sunday approved a measure to allow Israel’s Shin Bet security service to perform mass surveillance on Israeli phones without a court’s permission, sparking privacy concerns among the public.

The proposal will need final approval from a Knesset subcommittee before it is enforced.

The Shin Bet will be able to access cell phone data to track the movements of those found to be carriers of the virus to ensure they are abiding by quarantine laws and to see who they interacted with.

The Shin Bet will send a message to people who were in close proximity to those with the virus telling them they too need to go into quarantine.

“The information will be given only to the Health Ministry, to specific people with security clearances, and it will be erased immediately after it is used,” a Justice Ministry official told Channel 13 news.

While many are concerned about the Israeli government having access to each citizen’s phone, Transportation Minister Betzalel Smotrich said on Twitter “there isn’t and won’t be a ‘Big Brother’ in the State of Israel.

Attorney Avner Pinchuk, of the Association for Civil Rights in Israel, said in a statement that the benefit gained by tracking the disease in this manner “does not justify the severe infringement of the right to privacy. The danger of COVID-19 is not only the virus itself, but the fear that as part of the efforts to overcome the danger, we will also lose our basic values as a free and democratic society.”

If this measure is passed, the Shin Bet's powers are scheduled to end 30 days are the Knesset subcommittee passes it.