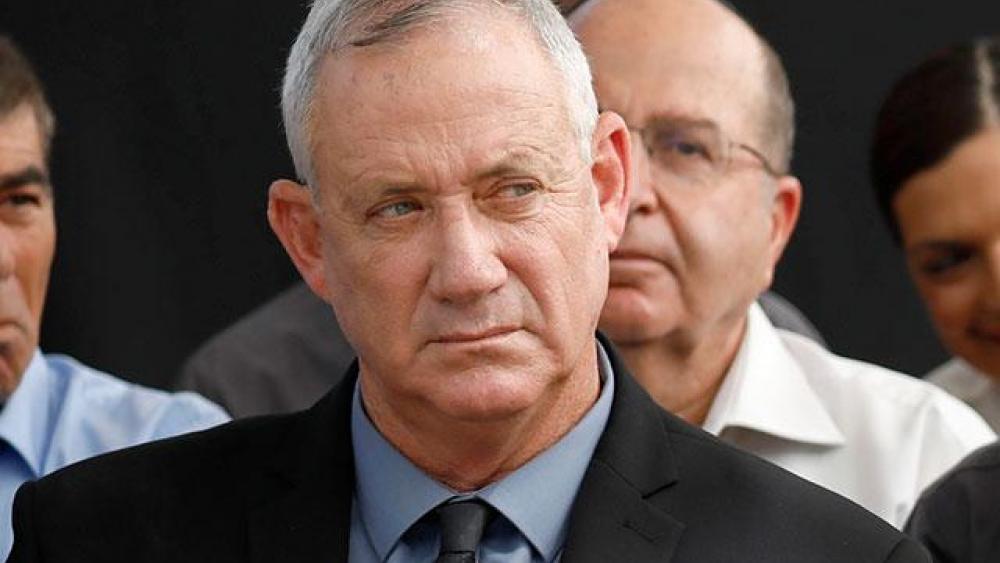 Gantz said he will do whatever he can to form a "wide, national government" in a matter of days.

“I will serve the voters of all of the parties and all the citizens of Israel. I will lead the effort to heal the society from the corona illness, as well as from the illness of division and hatred,” Gantz said on Monday.

Gantz will have 28 days to pull together a coalition of at least 61 of the 120 Knesset members. If he fails, Rivlin will give the mandate of forming a government to another leader, most likely Netanyahu.

“Fourth elections are not an option,” Rivlin said.

Rivlin gave Gantz the mandate to form a government after consulting with all the political parties in the Knesset on Sunday. After every election, Israel's president must meet with Knesset members to find out who they want to form the nation's next government. Whoever gets the most support is the most likely candidate to be given the mandate to build a government. Gantz received a majority of Knesset support on Sunday while Netanyahu only received 58 out of 120 endorsements.

"When fascism is in power, the question that must be asked is who will isolate who? Will the current regime manage to form some sort of an alliance in order to isolate the minority and the democratic factors, or we will be able to form a broad front, even if narrow, so we can isolate fascism, this is the main question. Our public is against a unity government, is against what is called 'emergency government.' We are against any government led by Benjamin Netanyahu," said Joint List leader  Ayman Odeh.

However, Gantz does not have a clear path to forming a government with the Joint List because multiple members of his own party oppose forming a coalition with backing from the Joint List.

The Arab political parties aren’t focusing on the interests of Israeli Arabs such as possibly better schooling.  They’re focusing on supporting terrorists," he said.

After consulting with Knesset members, Rivlin met jointly with Netanyahu and Gantz Sunday night about the possibility of forming a national emergency government until the coronavirus crisis is past.

The meeting ended with both Netanyahu and Gantz agreeing to negotiate.

The Jerusalem Post reports that Rivlin is open to two options. One option is for a unity government that allows Netanyahu to lead for a year, followed by Gantz for two years, and then Netanyahu again.

A second option would be a half-year "emergency government" led by Netanyahu in which both parties would receive an equal number of parliament members. If this is the case, Likud would not be allowed to fire any Blue and White cabinet members. In exchange, Blue and White MKs would agree to not topple the government with a no-confidence vote.

Whether or not Gantz and Netanyahu can work together remains to be seen.

Before consulting with political parties, Rivlin reassured the nation that combatting emergencies like the coronavirus outbreak "has never been at the expense of Israeli democracy, on the contrary, it strengthened it and made our country, the State of Israel, more resilient. We are committed more than ever, in light of the urgent need for a government, to hold essential democratic processes even at time of crisis."