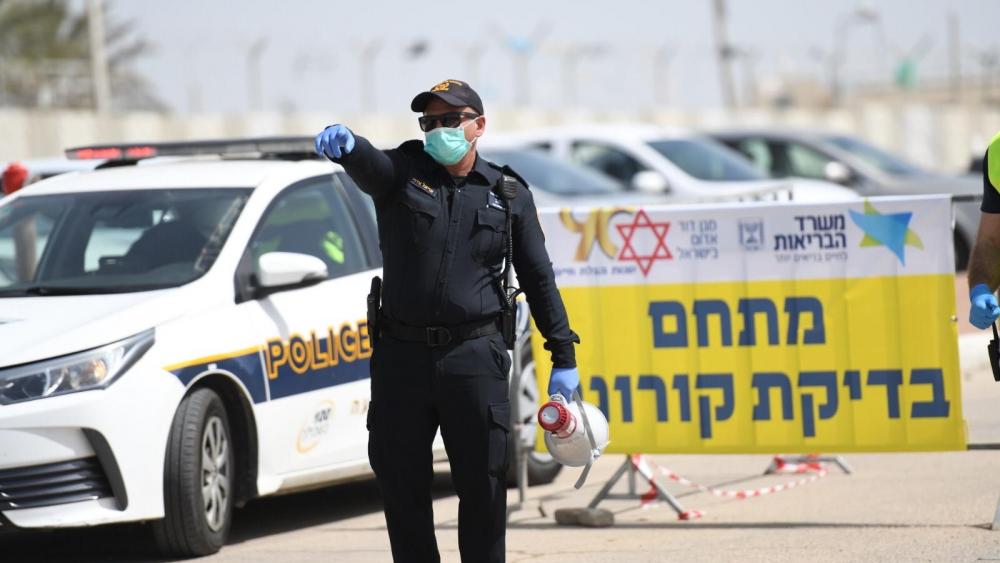 In the war against the coronavirus, checkpoints are becoming part of life for Israelis.

"We want people to stay at home. We don't want people to go out unless absolutely necessary. And therefore, based on the new laws and orders, people will only be allowed to leave their houses until 100 meters (328 feet),” said Israeli Police spokesman Micky Rosenfeld. “There'll be roadblocks that will be set up. People can only leave their houses for vital necessities such as supermarkets, grocery stores, and medical treatment and assistance if necessary."

"Now I'm going home and I'm not intending to come out until the government says it will be ok,” said Jerusalem resident Niria Simantov, 38.

Trips are allowed to the grocery store, doctors and pharmacies.

Prime Minister Netanyahu invoked the Book of Deuteronomy Chapter 4 and pleaded with Israelis to obey: “I say this as clearly as possible: You must stay home! Stay home – stay alive. The danger lurks for everyone … 'Take good heed unto yourselves.' [Deuteronomy 4:15]”

While Israel battles the coronavirus pandemic, it appears unlikely Benny Gantz’s opposition Blue and White party will agree to a national unity emergency government with Benjamin Netanyahu and his Likud party.

On Wednesday, the speaker of the Knesset Yuli Edelstein dropped a political bombshell when he resigned.

"These days our people need unity, they need a unity government. These days, when an epidemic threatens us from the outside and the rift rips us from the inside, we all have to act like humans, we must all transcend, we must all unite,” Yuli Edelstein, Knesset speaker.

Edelstein’s critics charge he refused to open the Knesset to stop legislation that would disqualify Netanyahu from becoming prime minister again in a new government. Those laws have the support of the Blue and White and the Arab Joint List – which is a majority of parliament.

As Israel’s political deadlock remains unbroken, Netanyahu rallied the nation by reminding them of the Passover story from the Bible.

“The exodus from Egypt reminds us that our people have withstood fierce storms. This gives strength. This gives hope. We survived Pharaoh and though the battle will be hard and uncompromising, we will also survive corona, with G-d's help and with yours, citizens of Israel,” he said