'A Symbol of Friendship': US Evangelical Community Gifts Jerusalem With 'Lion of Judah' Sculpture 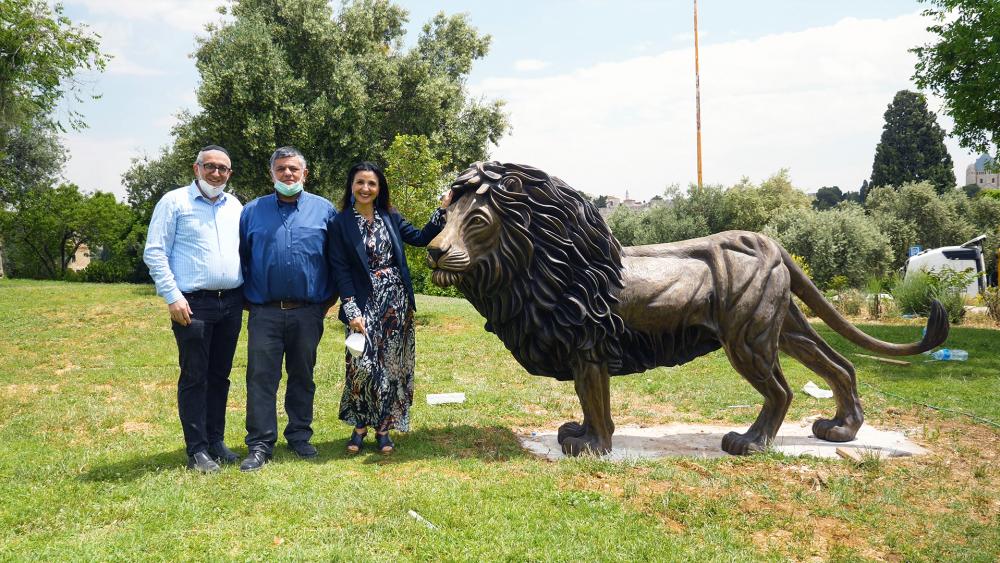 6155742906001
'A Symbol of Friendship': US Evangelical Community Gifts Jerusalem With 'Lion of Judah' Sculpture

"We're just very grateful to have a symbol, just of the strength and the glory of Jewish people, but a symbol of the friendship of the evangelical community of the United States along with the people of Israel and our eternal capital city,” she said.

After the Texas artist completed the sculpture, it sat for two years in an Israeli warehouse.  Hassan- Nahum heard about the statue from former US Congresswoman and Israel ally Michele Bachmann. He then began to find a home for it along with help from Rabbi Pesach Wolicki, who promotes Jewish-Christian engagement.

Thousands of Christians donated to the project and prayed for its success.

"To me, you know, this represents where this relationship is going.  The fact is today, a big part of the strength of the people of Israel and our security politically and internationally is the love and friendship and support of the Christian community in the United States of America.  So there's nothing better than representing that friendship with a sculpture," Wolicki said.

CBN News followed the lion along its journey from central Israel to its new home in Jerusalem.  It took workmen a couple of hours to set the massive feline in place.

"The first was that it should be in a park because I really think that this is a beautiful family-friendly piece of art, not just to look at, but to take pictures, to climb on and I thought that it needed to be in a park because it feels more natural in a park than in the middle of a concrete square.  and the second criterion, which is very important to me, is that it should have some iconic view of Jerusalem in its background," Hassan-Nahoum said.

The nearly 1200-pound, 11-foot bronze statue will now become a permanent fixture in Jerusalem.  It rests here in the new city and overlooks the Old City walls.

Amos Cohen oversaw the installation in Bloomfield garden and is responsible for all 174 pieces of art throughout the city.

"This the most beautiful of all the pieces of art we have in the city because it is a lion and the symbol of the city of Jerusalem," said Cohen. "It means more to me than any other piece of art in the city … my heart is filled right now.  I love the Christian community.  They do so much for the city of Jerusalem and they do so much for the State of Israel and my heart is with you in friendship and thank you."

Hassan-Nahoum believes the Lion of Judah symbolizes the history of the Jewish people.

"We're all part of the tribe of Judah, most of us, but it also means the return to our homeland. This is what we're doing here. This is why Jerusalem is our eternal capital.  This is the return of the homeland and I couldn't think of a better way to express our strength, our glory, our return and the friendship that we have with the evangelical community with this beautiful piece of art by Max Greiner," she explained.

Wolicki feels it reflects a scripture from the Book of Numbers 23 where it reads, "It will now be said of Jacob and of Israel see what God has done. The people rise like a lioness. They rouse themselves like a lion."